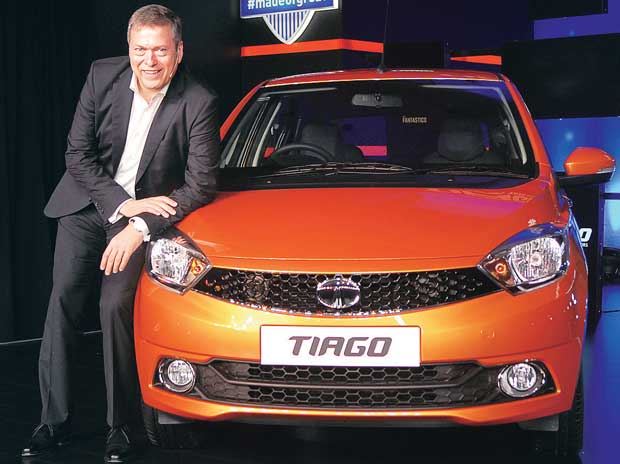 Guenter Butschek, who took charge as the CEO and MD of Tata Motors earlier this year, has been accused of focusing too much on reorganising and realigning the company’s internal operations instead of addressing the external factors first.

But he is not perturbed. “I do belong to a school of thought that believes before one begins to clean in front of other people’s door, one must actually sweep the floor of one’s own house,” says Butschek, who took the helm at Tata Motors at a time when its passenger vehicle business in the home market was on a weak footing.

Butschek found a number of issues within the company. Among them were a lack of accountability, slow-footedness and silo-approach to work. Apart from these concerns, he thought “urgent changes were also required in terms of leadership behaviour and attitude.”

The 55-year-old, who joined Tata Motors from Airbus and had earlier spent 25 years working with Daimler AG, the company that owns the Mercedes-Benz luxury brand, is now working to remove operational bottlenecks  and bring agility to the company. The goal is to put Tata Motors’ business back on track, and make it one of the top three players in the passenger car market in three years.

A big ask
Tata Motors remains the largest commercial vehicle player in the country, but has struggled to translate this size and success in the passenger vehicle space. It ranked fifth in the domestic passenger vehicle market (behind Maruti Suzuki and Hyundai) in the year ended March 31, 2016, with a 5.35 per cent share. Its share in the previous year was 6.22 per cent.

The decline came in spite of launching two new products: Zest and Bolt. The Bolt, which was launched in January 2015, averaged (domestic) sales of 600 units in the first four months of the current financial year, while the Zest (launched in September 2014), clocked monthly sales of over 1,700 units. Its two older products, Indica and Indigo, which are widely perceived as taxi cars, have also seen sharp decline in volumes as fleet buyers move to other brands.

The Nano, the dream project of former Tata Sons chairman Ratan Tata, too, has  failed to excite the market in spite of several makeovers. Just about a year after a major re-launch last year, the country’s most affordable car has seen over a 50 per cent decline in volumes.  It is losing out to new launches in the entry segment from Renault and Nissan. Some of these products could be discontinued, hints Butschek. A study has been initiated on evaluating products that need to be phased out, both in the passenger and commercial vehicle segment.

“The passenger vehicle strategy is going to be a focused one. This is what I can hint. If you look at my portfolio today, we have different platforms for each product. This is not a good starting point to create economies of scale in a highly competitive environment,” says Butschek.

Signs of change
There are some early signs of revival at Tata Motors.  Its newest launch, Tiago, with monthly sales of 5,000 units and a waiting period of over a month, accounts for over 30 per cent of its total sales. The car was rolled out in April.

“The feedback (on Tiago) is overwhelming. A lot of customers have come back to our showrooms. It is a bridge product and has filled the organisation with confidence. But we cannot take rest. We have to take it to the next level,” says Butschek.

By any account, this is going to be tough. “I have done a very deep assessment. It is a fact that Tata Motors is not a top-of-mind consideration for a potential car buyer,” he says. This means the company will have to work harder to catch the attention of buyers and reach its goal of becoming one of the top three companies in three years.

However, Butschek is not getting his hopes up. He  says it will still be a while before the domestic passenger vehicle segment turns profitable.

There are other challenges as well. “As a brand, Tata scores high on trust. But there has been an image problem with the Tata cars primarily due to concerns over their performance, reliability and durability. Each of these issues has to be urgently addressed, beginning with the focus on overall product performance,” says B V RSubbu, former president of Hyundai Motor India, who now runs a strategy consulting company.

Outside the company, Butschek has expanded his focus to streamline and revamp the functioning of the company’s two critical external stakeholders: component suppliers and dealers. Tata Motors has about 1,300 suppliers and it wants to significantly reduce the number by weeding out the inefficient ones.

“The market is becoming more competitive and quality focussed. Quality is no longer a differentiator. It has become a basic requirement. If I look at my supplier base, this is to a large extent not the case. As we phase out some of the products, some suppliers will get phased out,” says Butschek.