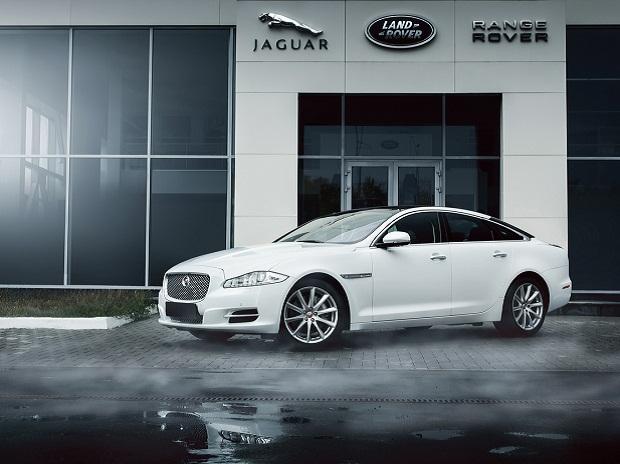 In its sharpest single-day fall over nearly a decade, the Tata Motors stock dropped 13.4 per cent on Tuesday, to close at Rs 184.25 at the end of trade.

Investors who have held on to it since the peak in 2015, when it was trading at Rs 605, are looking at a 70 per cent loss on the holding. In absolute terms, investors have cumulatively lost about Rs 1.25 trillion in this period.


While there were multiple reasons for the Street’s pessimism, the main pain point has been the performance of its British subsidiary, Jaguar Land Rover (JLR).


Though the Indian subsidiary is motoring along well, gaining market share in both the commercial vehicle (CV) and passenger vehicle (PV) segments, the Street is focused more on the two luxury car brands, Jaguar and Land Rover, as they account for three-fourth of consolidated revenue and operating profit.


While the company is facing multiple challenges due to a shutdown at one of its British plants, worries on account of Britain’s coming exit from the European Union (Brexit) and drop in China sales volume, slowdown in the global luxury automobile segment is the single largest concern for investors.


The first indication of the latter came from luxury car maker BMW’s announcement that it expected the margin for 2018 to fall below the 8-10 per cent band, the first such in a decade (it gave global trade conflict and stricter emission rules as reasons). Daimler (Mercedes) had cut its volume targets earlier, citing escalating tension in global trade. Analysts at CLSA say while the luxury auto sector is going through challenging times, the intensity of financial pressure has been more severe at JLR than at peers. Partly due to a muted product cycle, smaller size and a weaker sedan franchise (compared to BMW, Audi or Daimler). JLR’s margin in the June quarter was 6.2 per cent, down 170 basis points over the year-before quarter.


Given the headwinds, it was not surprising that JLR sold 12 per cent fewer vehicles in September this year as compared to the year-ago period. Sales in China declined as much as 46 per cent, due to uncertainty regarding import duty changes and trade tensions between the US and China. The Chinese market is the single largest and most profitable one for JLR; it had accounted for 24 per cent of volumes in FY18. Though, after the September numbers, it is trailing other major markets of the company such as Europe and the US, on FY19 year-to-date volume.


Given the fluctuating demand, the company had announced a two-week shutdown at its Solihull plant in the UK, to align its supply to changing demand. Motilal Oswal Securities estimates that its earlier four per cent volume decline expectation for JLR in the current financial year might not be enough. Most analysts had cut earnings estimates for this year by at least 20 per cent.


The other worry for the luxury car maker is its base in Britain. With the March 2019 deadline approaching, Britain will have to stitch a favourable Brexit deal.


If it cannot, it would risk higher tariffs for products exported to the European Union, a market accounting for over a fifth of overall volume. While the company has a plant in Slovakia, this will take time to scale up, impacting its prospects in the near to medium term.


Though the company is banking on new products such as the electric Jaguar I-PACE, the Jaguar E-PACE compact SUV and the Range Rover Velar to boost sales, analysts are cautious about ability to push volumes when luxury car sales are on a decline.


What could lead to a further de-rating for the stock, according to Bharat Gianani of Sharekhan, is weak volume outlook. “JLR profitability will be severely impacted if that is the case. Coupled with higher capital expenditure, this would negatively impact the cash flow and lead to further de-rating.”


He believes investors should not bottom-fish and could, instead, consider options such as Mahindra & Mahindra or Ashok Leyland.