Tata Motors in talks with Volkswagen for partnership 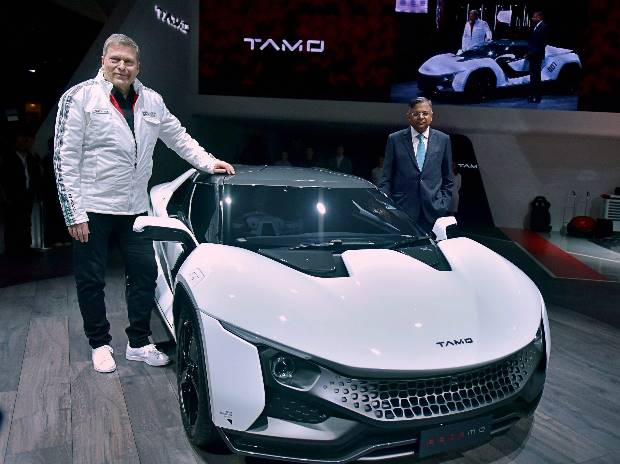 Tata Motors on Tuesday said it is in talks with the world's largest auto maker Volkswagen for a possible partnership.

The company is exploring various opportunities, including partnership in its new advanced modular platform (AMP) development, possibilities of a joint venture or a contract manufacturing with the German auto major, in its bid to scale up.

"I can only confirm that we are in talks but nothing to be announced yet," Tata Motors CEO & MD Guenter Butschek told PTI here.

When asked how far the talks have progressed, he said: "We are in the midst of discussions. We will let you know in good time."

Explaining the rationale behind such a move, Butschek said although the company has set sights on becoming among the top three passenger vehicle makers in India by 2019, it might not be enough to get the scale up effects.

"Even if we get a large scale in the national business we might still not be up to the mark as far as scale effects are concerned," he said.

"Therefore, we are, since a while, have been having intensive talks with different potential partners, who might join us on the AMP," Butschek added.

It is aimed at bringing additional volumes through the new platform that the company will introduce to the market by 2018.

"These additional volumes will bring higher economies of scale, which is going to give us the cost advantage and competitiveness," he added.

The company is hoping to translate competitiveness into volume on one hand and into new feature capabilities on the other that will help it become more aggressive and desirable in the market place, he said.

"This is the reason why we believe if we can find a partner it would be a very helpful strategic move," Butschek said.

He, however, insisted that it needed to be the right partner in terms of alignment, on the objectives of joint development with the AMP as the reference point and right partner as far as volume is concerned.

"Just getting a partner for the sake of getting one but not really adding substantial volume is not expected from such kind of partnership," he said.

When asked what type of partnership would it be, a joint venture or a technical collaboration he said, "I am not ruling out one or or the other...It is always about the right fit."

"If this is finally going to end up in a development JV or production JV or sharing of capacity contract manufacturing agreement, these are all subject for further discussion in order to make it a win-win for both the parties," Butschek said.