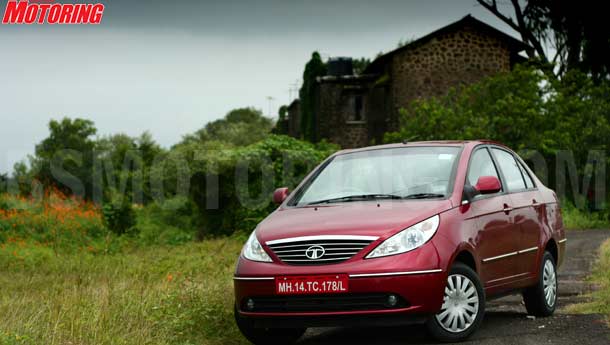 Tata Motors today said it has increased prices of its passenger vehicles, except small car Nano and premium crossover Aria, by up to Rs 12,000 to mitigate the impact of high input costs.

The company said the price hike has been effective from yesterday across the country.


"The high input costs have been impacting us for quite some time. We have decided to pass on some burden to our customers. The quantum of the hike will vary between Rs 7,000 and Rs 12,000 depending on the model," a company spokesperson told PTI.

He, however, said this price increase exercise will not include Nano and Aria.

"The price hike has been effected since yesterday," the spokesperson added.

Last month, other passenger vehicle majors Maruti Suzuki and General Motors increased the prices of their various models by up to Rs 17,000 to offset rising input costs and the impact of currency fluctuation.

Maruti Suzuki India (MSI) hiked prices of its vehicles, except for entry-level sedan DZire, by between 0.3% and 3.4%. This translated into a minimum increase of Rs 2,400 on the SX4 sedan and a maximum of Rs 17,000 on the diesel variant of its Swift hatchback.

Similarly, General Motors India also increased product prices by between 0.5% and 1.75% for models including the Spark, Beat, Cruze and Tavera, translating into an increase ranging from Rs 3,000 to Rs 15,000.

Toyota Kirloskar Motor had also hiked the prices of its different models, including the Liva and Etios, between 0.75% and 3% from January 1 onward.

Hyundai Motor India, which had in December said it would increase prices of its vehicles by 1.5-2% from this year, however, has not taken the step as yet.