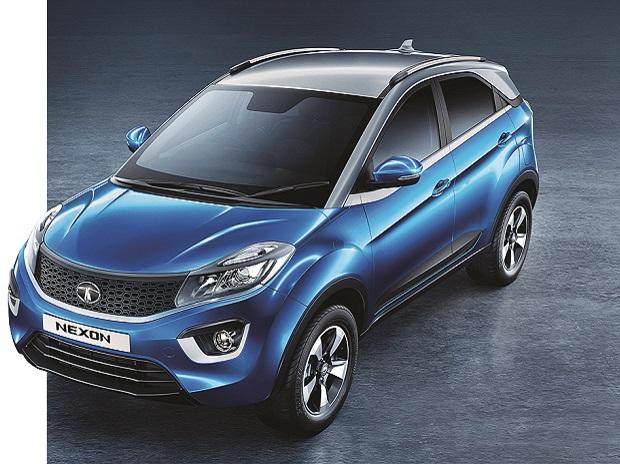 Tata Motors was an IPL sponsor this year for the first time. It left no stone unturned to promote the Nexon (pictured ). The marketing push had a positive rub-off on other brands as well.

It is not without reason that the Indian Premier League (IPL) is a much sought after advertising property. Companies are assured of visibility and return on investment when on IPL. One advertiser that can vouch for this is Tata Motors. The company, which announced its IPL association in March, has seen enquiries and bookings for the Nexon, its compact sports utility vehicle (SUV), jump significantly during the months of April and May, the duration of the tournament.

The IPL-Nexon association also had a positive rub-off on other car brands in Tata Motors’  product portfolio.


According to Mayank Pareek, president, passenger vehicles business, Tata Motors, total enquiries for the Nexon more than doubled during April-May, touching 1720 per day versus 817 before the start of the tournament. The buoyancy in enquiries led to daily bookings of 180 units versus 77 units earlier.


Digital enquiries, a subset of total enquiries, also doubled for the Nexon, said Pareek, touching 395 per day versus 189 earlier. “Cricket is a religion in India,” he said, adding the T20 format drove consumer interest especially among the youth. The association therefore helped in strengthening Nexon’s brand appeal with a younger target group, he added.


As far as other passenger cars go, Tata Motors saw an increase of 18 per cent in enquiries and bookings during May, considered a weak month in the industry for car sales. “If you have an anchor vehicle doing well, then people will also get interested in other products sitting in your showroom,” says Pareek.


Driven by the Nexon and Hexa SUVs, the company saw its domestic sales soar 61 per cent year-on-year to 17,489 units in May, it said on June 1.


“IPL is a high-impact property. It is a safe bet for new brands and campaigns,” Anita Nayyar, chief executive, India and South Asia at media agency Havas, said. “There have been 11 editions of IPL so far and it continues to attract advertisers. This is despite the fact  that ad rates have gone up significantly over the years,” she says.


To put things in perspective, associate sponsorship, which is the one picked up by Tata Motors for the Nexon, attracted ad rates in the region of Rs 0.66 million for 10 seconds per brand this year, says Nayyar. This meant an overall cost of  Rs 300-400 million per brand, she says.  which is significant. Pareek, however, declined confirming these numbers or the investment in general for the firm’s IPL association.


Automobile brands are no strangers to cricket with most of them including Maruti Suzuki, Hyundai Motor India and Volkswagen leveraging the platform regularly and aggressively.  Auto, say ad experts, is a key category on cricket apart from consumer goods, telecom, banking and financial services, durables, electronics and mobile handsets including smartphones.


The IPL engagment for Tata Motors though acquires significance since sales have surged for the company (on the back of new models) after years of lagging behind peers. The momentum had to be  maintained, says Pareek.


Getting its mojo back


Launch of contemporary car models has helped Tata Motors get back into the consideration set of individual buyers, who had written off the manufacturer. In the year ended March 2018, Tata Motors' passenger vehicle volumes rose to 210,200  units over 172,504 units a year ago, according to the Society of Indian Automobile Manufacturers (SIAM).


“Tata Motors buying into IPL this year, also a first for the company, reflects its new-found confidence in its models and will help the brand get visibility and traction,” says Rohit Kumar, head, automotive practice, Kantar TNS, a market research firm.


Tata Motors’ overall marketing strategy for the summer, spread over 50 days of high-impact communication, also included leveraging the IPL to showcase the Nexon in stadia across matches.


The company also created an on-ground engagement platform and merchandise to reinforce the brand’s presence during matches. Activities like the Tata Nexon Super Striker — the batsman with the highest strike rate of the match or tournament — won daily and seasonal awards. The super striker of the tournament also won the Tata Nexon SUV as a prize.


Fans had their own set of contests — such as a one-handed catch in the stands — which could fetch them Rs 100,000 and the seaon's winner bagging an SUV (Nexon). There were also fan parks set up at various stadia to build brand saliency and improve the sales strike rate. For instance, test drives were organised at all fan parks to help prospective consumers to get familiar with the Nexon.


Pareek says that mentions of the Nexon during matches, a good positioning of the brand and an IPL ad campaign all paid off.  The tie-up could set the stage for more in the future. Tata Motors’ IPL journey has just begun.