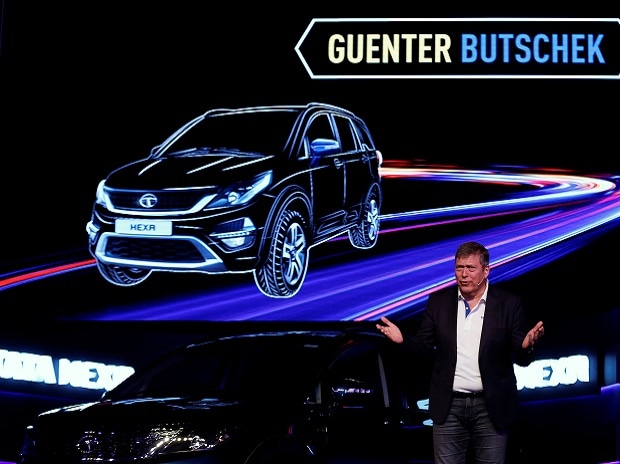 Tata Motors stock slipped 10.3 per cent on Wednesday, extending its losses for the second trading session. With brokerages cutting their target prices on a weak Jaguar Land Rover (JLR) show and losses in currency market, investors are jittery. The stock has shed 13.5 per cent since results were announced during market hours on Tuesday. CLSA, which downgraded the stock to "sell" from "buy", cut its target price to Rs 405 from Rs 650 on JLR currency-hedging losses, weak management commentary, and lower operating profit margin going ahead for both JLR and the Indian unit. Other brokerages such as Credit Suisse and Macquarie have reduced the target prices by seven to eight per cent after the results.


The management highlighted a number of reasons for the dismal JLR operating performance including new launch expenses, higher variable marketing expenses, wage settlement, and sales gap, which resulted due to the phase-out of 2016 model of Discovery in preparation for its 2017 launch. Lower share of the Discovery in the model mix also led to weaker realisation from sale of each unit. But analysts are not convinced by the management's explanation. IIFL Institutional Equities' Joseph George and Kevin Mehta say that even if full benefit of the doubt is given, it is difficult to attribute more than 150 basis points of margin contraction to non-recurring factors. Results of the China joint venture also disappointed, with flat profit growth despite sales volumes up 40 per cent from a year ago. Further, the management stance that the benefit of pound price fall (relative to dollar) will take three-four quarters to flow through to the operating profit margin, given currency-related hedges over a long period also upset the Street. Over 80 per cent of UK-based JLR's revenues come from outside UK and the weaker pound price against the dollar and the yuan is expected to benefit the company but those benefits are still a year away as the previous currency hedges unwind. North America is one of the biggest markets by volumes for JLR.

What is also worrying investors is the impact of trade agreements after UK's exit from European Union, higher labour costs, and any development on imposition of a border tax in the US. While there are enough worries surrounding JLR, to make matters worse, the muted sales of Indian unit's medium and heavy commercial vehicles did not help. Sales of M&HCVs were down nine per cent in the quarter due to demonetisation. The company is forced to give higher discounts to keep sales volumes higher. The only bright spot for the Indian unit is the strong sales of Tiago, which helped its car sales improve 25 per cent. The operating profit margin at the Indian unit was barely in the green at 1.5 per cent versus six per cent a year ago and a far cry from 11-12 per cent peak levels.