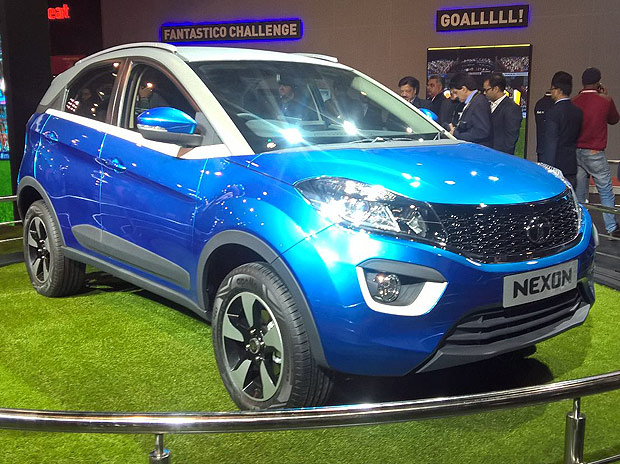 Nexon, which was unveiled at Auto Expo 2016 on February 3, is a sub-4 metre SUV powered by a 1.2 litre turbo charged petrol and a 1.5 litre diesel engine.

Automotive major Tata Motors is bullish on its first compact SUV 'Nexon' to scale up its ranking in the overall utility vehicles market.

Nexon is scheduled to be launched on September 21 and the company is keeping its price under wraps.


With its launch, Tata Motors aims to scale up its position to the third or fourth spot in the utility vehicle segment.


"We are now seventh in the overall utility vehicles segment. With Nexon, we hope to become third or fourth largest player in this segment in a year or two," Tata Motors VP Sales (passenger vehicles) S N Barman told PTI.


He was in the city recently for the 'Nexon Skill Arena', which was launched here and will be held in nine other cities, including Gurugram, Bengaluru, Chandigarh, Chennai and Jaipur for better customer engagement efforts.


Barman said the company's SUV model 'Hexa' is doing well. SUV is clubbed in the utility vehicle segment and compact SUV is the fastest growing segment in the category.


Tata Motors is pitching 'Nexon' against segment leader Vitara Brezza and other major brands like Ecosport and Mahindra KUV 100.