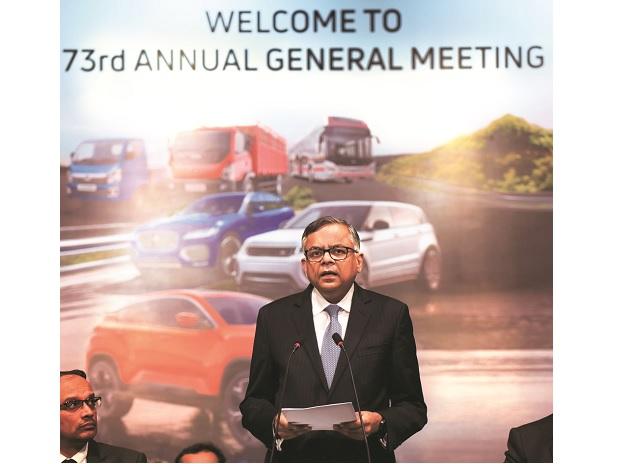 Tata Motors said on Friday it aims to deliver profits both at British marquee arm Jaguar Land Rover (JLR) as well as the domestic business. However, it remained silent on the future of the small car Nano that has been facing headwinds for long.

The statement comes within days of the company reporting a Rs 18.64 billion net loss in the June quarter. The loss was at its till-now-cash-cow JLR, while the loss-making domestic unit reported a turnaround with Rs 18.80 billion in net income.


"For the past many years JLR has been profitable while the domestic has not been. Attempts are on to make both the businesses profitable. We think we are on our way. Hopefully we will do it this year," Tata Motors Chairman N Chandrasekaran told shareholders at the 73rd annual general meeting.


The domestic arm has successfully turned around with both the passenger and commercial vehicles verticals posting better volume, margins and increased market share.

In the JLR business, the major effort is on cost side as the capex is still very high, he said, adding despite the cashflow issues at JLR, on a quarterly basis, it is still grossing up over £5 billion in revenues. On a yearly basis it is in excess of £20 billion and it is stiil a good business.


"JLR is embarking on a very strong cost reduction plan, we don't know what this will return, but we are working on every single way how it can be run efficiently, take cost out, produce enough operating cash flow," the chairman said.


On Nano, he said, "we have a number of models. All the cars will move to two new architectures as we are upgrading all the models to meet the new emission norms." But he didn't speak on the future of the Nano car.


On its e-car orders he said Tata Motors has received orders for 5,500 vehicles, which will be delivered as per the plan by the middle of next year. "However, we have no plans to change specifications," he added.


"Our e-cars venture is at a nascent stage. We can't give a blueprint at present. The 140-km version was launched and we have the technology for even a 300-400 km range but it is expensive. We want to be proactive. We have shortlisted 20 cities," he said.