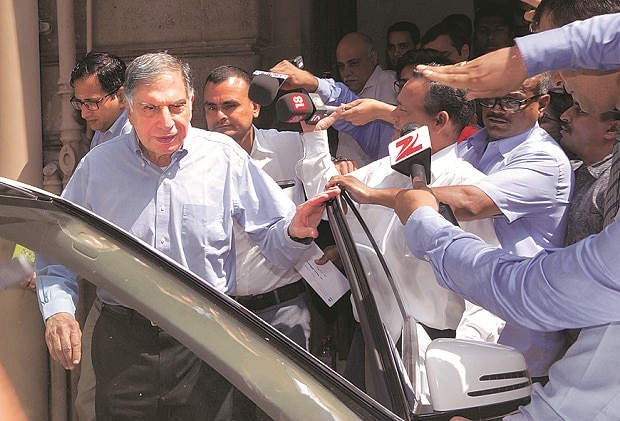 As the Tata-Mistry battle rages on, two key board meetings will be held on Thursday including one to seek removal of the ousted group chairman from the board of crown-jewel Tata Consultancy Services.

The board of Tata group's main holding company Tata Sons is scheduled to meet at its headquarters Bombay House in afternoon for a pre-scheduled meeting, sources said.

The board of Tata Consultancy Services will meet in the morning at its headquarters in downtown Mumbai to consider the way ahead on extraordinary general meeting (EGM) of shareholders to remove Cyrus Mistry from the board.

Sources said there is a strong likelihood of Mistry -- who was understood to be in the national capital today -- attending the Tata Sons' meeting, where he continues to be a director after his surprise removal as chairman last month.

Mistry was removed as chairman of TCS too and now the holding company is moving to push him out of the board as well for which it requires shareholder approval in the EGM.

This will be Tata Sons' first move since the ouster of Mistry from the chairmanship on October 24. It is leading to a bitter end, with accusations being traded by either side, even as the salt-to-software conglomerate goes about the task of easing Mistry from all his board positions.