Tata launches the Magic Iris and the Tata Ace Zip! 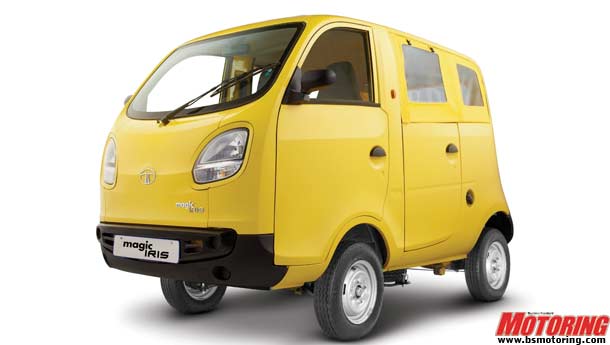 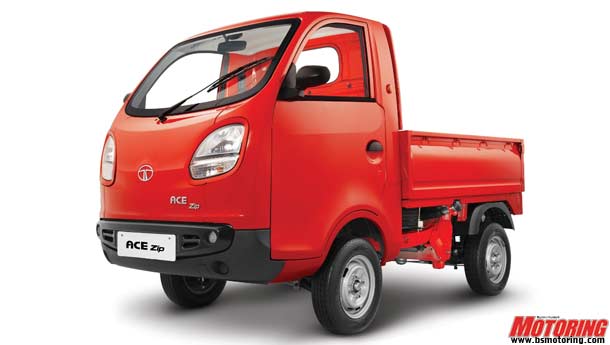 Tata has unveiled two light commercial vehicles for the Indian market today – the Magic Iris and the Tata Ace Zip.

The Magic Iris is the pretty much the cutest looking commercial vehicle we’ve seen to date in India. Looks like stepped out of a Cars movie promo or something.  It’s a 3-4 seater with an all-steel body, flexible seating configurations to suit multiple needs and independent McPherson strut suspension. It is positioned as a safer alternative to three-wheeled people-movers. The Magic has room for four passengers traveling along with one driver. Provisions have been made for seatbelts for every passenger in the vehicle.

It comes with a dashboard mounted gear shifter, 12-inch radials and a 1 year/36000 km warranty. The Magic Iris delivers a claimed fuel efficiency of 33 kpl under ARAI test conditions. Tata has revealed that CNG and LPG variants are in the pipeline, to be launched possibly within a year's time.

Tata has also revealed that approximately 100 units of the Magic Iris and Ace Zip had been deployed to various parts of the country for pilot tests and have received favourable responses from the market. The company is currently in talks with regulatory bodies to ensure the Magic Iris will soon be launched as a people-mover in cities and towns.

Prices start at Rs. 1.95 lakh, ex-Thane for the BSIII version.

This micro-truck has a 600 kg payload capacity and a short turning radius of 3.5 metres.

It shares the same water cooled single-cylinder engine from the Magic Iris.

The vehicle comes with a warranty of 36000 km/ 12-month, whichever is earlier.

While the company is initially targeting the domestic market, they have also revealed that they are looking to export the vehicles eventually to markets with similar demands.