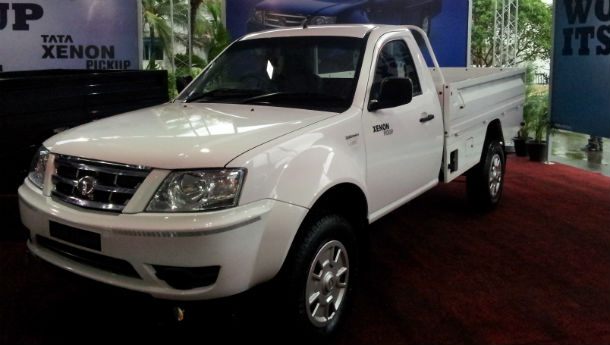 You might remember the Xenon as Tata's answer to the Scorpio getaway. A crew-cab pick-up truck meant for personal use. It was marketed as a lifestyle vehicle and as such, had low targets for sale, but now a more mass market vehicle based on that has hit the market. Called the Xenon pick-up, this is a commercial vehicle set to take on the likes of the Mahindra Genio.

With a drop sides load body and one of the longest cargo decks in its class, the Xenon pick-up is set to make an impact in the market. It will be available with two engines, both 3.0-litre diesels. One is a DI engine making 70 bhp of peak power and another a common-rail DICOR engine which makes 112 bhp of power.

Like the Genio, the Xenon also comes with a well appointed, car-like interior. There's even standard power windows, 12v electrical outlet and HVAC on some models. It's available now for Rs 5.44 Lakh for the single cab version and Rs 6.34 Lakh for the crew cab version. All prices are ex-showroom Thane.