Tata Motors will be launching the Kite compact sedan and hatchback this year. There were rumours that the Kite will be powered by a small diesel engine. These rumours hold true as we have confirmed reports that the new Tata Kite will be powered by a 1.05-litre diesel engine. This is another confirmation that we have received. This is a three-cylinder engine, with one cylinder less than the1.4-litre CR4. The petrol engine might be the 1.2-litre Revotron petrol, but the power will be lesser than the Zest and the Bolt. This engine should produce about 75bhp, however there is no clarity on multi-drive feature.

The interior of the Kite has been caught for the first time, and we were fascinated to see the improvement in the interiors over the Indica eV2 and the Indigo eCS. The three-spoke steering wheel is the same as the Zest. The Kite hatchback and sedan both will get speed-sensing electronic power steering. It audio controls too and even voice command that was developed by Harman. The ORVM adjustment is electric and the Kite will get four speakers and two tweeters. The instrument cluster will be similar to the Zest and the Bolt too. There will not be a touch-screen system, but there will be a Harman system in the Kite as well with Bluetooth, USB and aux connectivity. 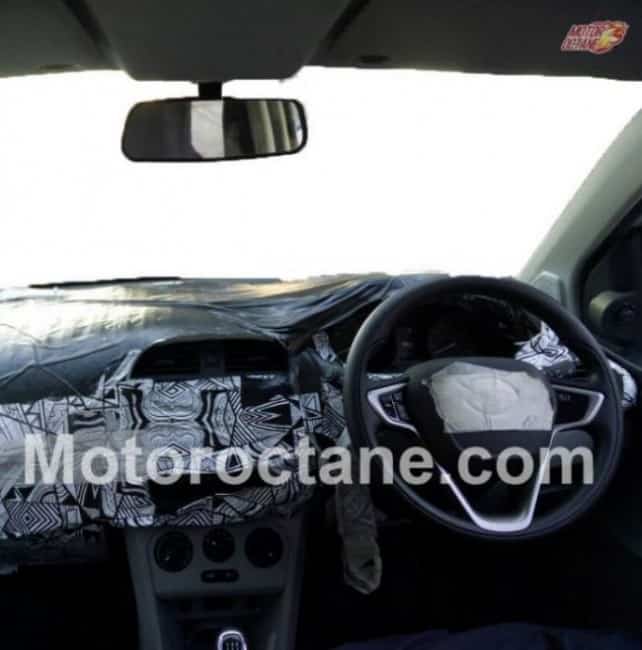 The centre console is new and the Kite gets a new design for AC vents, however the air-con is manual and not climate control. The air-con vents are rectangular in shape unlike the Zest and the Bolt. The gear lever has been borrowed from the Zest and the Bolt too.Even the power windows switches are shared amongst all the four family members. Tata Motors has increased the part-sharing for better pricing of these vehicles. This will also the ninth-generation ABS and even airbags will be an optional feature.

The exterior styling of the Kite will be based on the new design language that the Indian carmaker just introduced on the Zest and Bolt. The new black mesh front grille and smaller tail lamps. The Kite will be getting 14-inch wheels and this will also be launched with three variants(XE, XM and XT). The Kite hatchback will be priced at around Rs 4-6.5 lakhs (on-road) and the compact sedan will be about Rs 4.5-7.2 lakhs again approximate on-road pricing. Both the twins are due to be launched around the festive season.