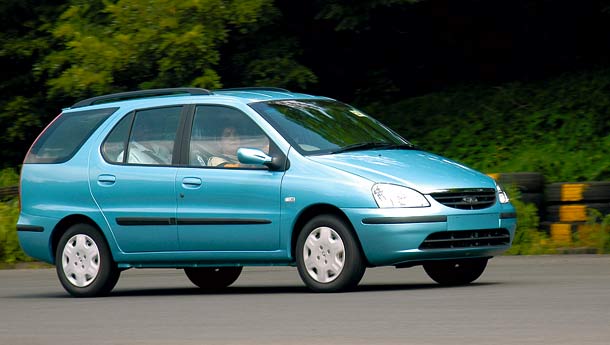 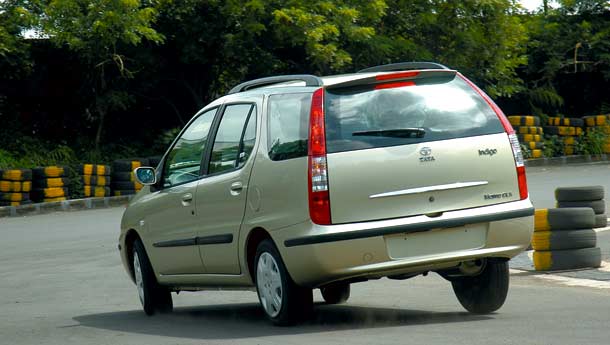 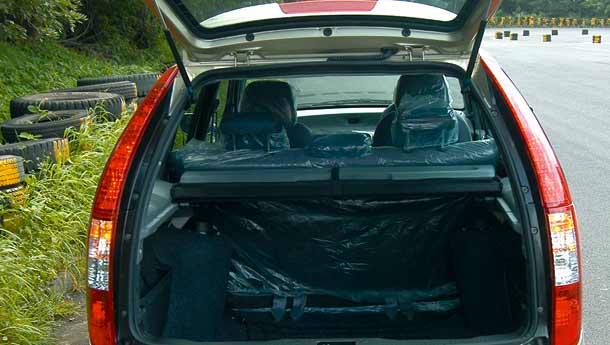 
Unfortunately, we Indians don’t romance estate cars much. A fully loaded Tata Estate based on the 207 platform was launched in 1992, complete with coil spring rear suspension, and it did reasonably well – it was diesel powered and could carry five to six people in reasonable comfort. What I liked the most was its Mercedes T-series inspired body style which, despite the manually cut dies, still managed to look good. That Estate did play the luxury car for a while – well, it had the size and the comfort. It was grossly underpowered, not very reliable and was axed well before the turbocharged motor came through. Then we have had a series of estate cars like the Rover Montego, the Fiat Siena/Palio Weekend /Adventure, Maruti Baleno Altura and the Opel Corsa Swing – nothing, dear reader, has done well in our market.

So why should Tata launch the third variant of their I.de.A-conceived Project Mint platform? Especially when they are struggling to meet the demand for the Indigo? I attended the press conference and the test drive and returned with the belief that the only possible reason for Tata to launch the Marina is because... er, it was there to be launched.   But the positive thing is, it is bound to succeed. Why? Priced at between Rs 4.29 and 5.27 lakh, the Marina has been parked in the identical price bracket as the Indigo – mind you, all the multinational players had pitched the estate as lifestyle variants and tagged them almost a lakh above the sedans. Another reason is that like its hatch and sedan sisters, the Marina sports a diesel engine that is cheap to run in our country. You really don’t need to be the head of a passenger car division to understand that price and fuel efficiency sell cars in India, what say?

This, according to most of us at Motoring, is the best looking car to come out of the Indica platform. While the hatch looks blotchy and the sedan a tad too contrived, the estate is well balanced, purposeful and has got the right bits and pieces. More importantly, there is nothing unwanted that mars the look. While the smiling grille makes one think that it is an Indica when seen front-on (family look or not, it is not going to be appreciated by the Indian buyer) the clear lens headlamps and the chrome strip across the bonnet enhances the look of the car along with the large air-dam. The Xmas-tree tail lamps are a definite throwback to the days of mid-nineties Fiats (and even Volvos and modern SUVs such as the Honda CR-V!) and is executed well in the Indigo application.

Full marks to the beautiful, well integrated rear-end of the greenhouse, and a bonus mark for the gentle curve that ensures the continuation of the waist-line without upsetting the balance. Roof rails, which make any estate car oh-so purposeful, are standard for all the models – bravo, Tata!

The fake-mica kind of finish on the centre console of the Marina can only be described as odd. But otherwise, the familiar interior has loads of space and instrumentation is quite good, with the tacho standard equipment across the line-up – bravo again, Tata! Two 12V DC power sockets are added to feed your laptops and mobile phones. Comfortable seats and a hard working air-conditioning system ensures that the Marina interior is a nice place to be in. Of course adjustable steering wheel, at least in the top-end version, would have been nice.   We drove both versions of the Marina briefly and came back quite impressed. As with all monocoque cars from Tata, the ride quality on offer was good. Actually it is very good. This time the three-link rear suspension setup from the Indigo was given gas-filled shock absorbers, making the ride even better. The stance of the car, especially when it is not loaded and when pushed around corners looks a bit odd though, but it is not something four passengers can’t cure. The car handles in a predictable manner and should be safe at most speeds that it can achieve. The 175/65 R14 Bridgestone S322s (in our test car) howled a bit too much even without much provocation and one can only hope that there is not much pressure on them, which can eventually lead to excessive tyre wear. The load-bay, if I may call it that, is big at 670 litres and it can be converted to 1,370 litres according to the Tata press pack – which I have no reason not to believe. While that sounded good, what my eyes didn’t like is the amount of space occupied by the rear suspension mounts which dramatically reduces the usefulness of the liberated space. The Alturas and Weekends of this world had the same problem too, so! Don’t worry, there is enough room to carry, say 30 coconuts, in comfort and if you are not the farmer type, then have a cool tail-gate party on the beach!

The petrol version accelerated with a certain degree of eagerness during our drive and even posted a decent 5.7 second run for 60 kph and a passable 14.81 second run to 100 kph. Surprisingly the diesel version was not too far behind with 6.05 and 16 seconds posted for the same exercise. Ideally, it would have been nice to see Tata giving a bit more performance for the estate but then they cannot be blamed for taking the tried and tested route.

Also, the cost of the project (and hence the sticker price) would have gone up had they meddled with the powerplants. As a reminder therefore – while both engines displace 1405cc, the fuel injected petrol develops 85 bhp, and 11.4 kgm at 3000 rpm. The turbodiesel, on the other hand, reels in the horses a little mildly, but does a better job with torque, summoning 62 bhp, and 12.9 kgm at 2500 rpm. Like in the Indigo, refinement is not their strong point, especially the diesel, though you can expect sterling fuel economy from this variant, something that will work in the car’s favour in our market.

To sum up, with the Marina, Tata Motors has grown up that bit more. It is clear that the young passenger car maker is gaining in experience, and more importantly, putting it in practice in actual, road going cars. Call it gut feel, I think Tata will have no worries in selling the 6,000-odd cars they are planning every year. As for me, I’m looking forward to the Advent version with off-road bits which Tata showed off at the Geneva show last year. That one looks even more purposeful. Trust me, I know my estates.