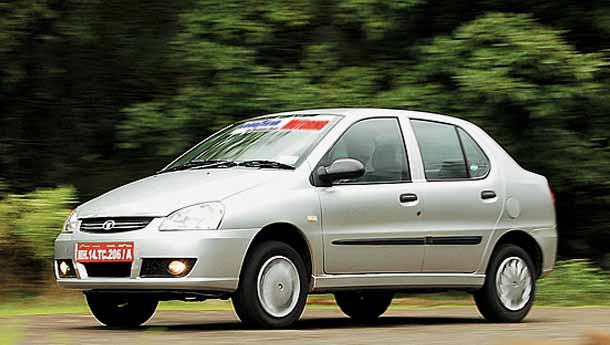 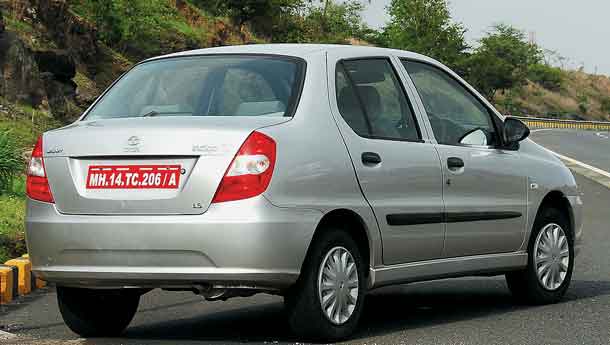 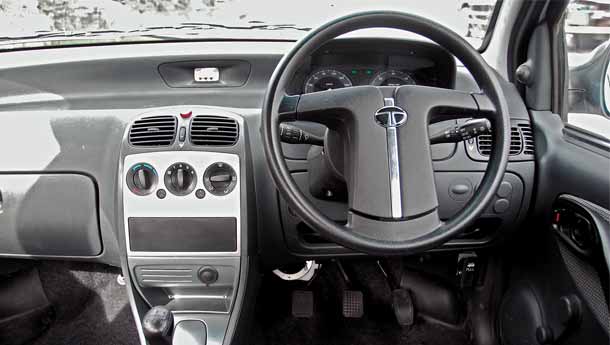 Step into Tata Motors’ Engineering Research Centre (ERC) at Pimpri, and you will find yourself trying to look for space to stand. There are a plethora of Nanos in various stages of testing, prototypes of the upcoming MPV (the ‘Indiva’ appears larger than the Toyota Innova) and yes, lots of vehicles from the competition too – for benchmarking purposes, no doubt. And in all that commotion, Tata managed to develop the Indigo CS, probably one of the best modern examples of finding a product gap and exploiting it to the hilt. You see, when there was an excise cut given to cars less than four metres in length, the benefit was supposed to be for small cars – read hatchbacks. But Tata did a clever thing by simply chopping the boot of the Indigo a little bit, and hey presto, you have the Indigo CS.

Yes, that short, stubby, rather-odd looking sedan has revived the fortunes of the Indigo platform and guess what, other manufacturers are already ruing ‘missing the bus’. So in an act of inflicting yet another wound on the competition, Tata has fired the Dicor salvo, pricing it at Rs 4.96 lakh, ex-showroom Mumbai. Not only does it undercut the Maruti Swift LDi, it also lands smack bang between the various models of the Fiat Palio Multijet. And the difference, literally is that odd-looking boot. Or is it?

Visually, the new CS Dicor is no different from the CS petrol and TDI models sold so far. So other than that badge on the boot, really, you should forget trying to strain your eyes. On the inside too things stay constant. So you get the vast expanse of a black dashboard, the same old switchgear, the slightly odd driving position and vast acres of space.   What’s really different is under the hood. The engine’s not new to the Indigo (including the XL) nor the Indica, but well, Tata plonks every engine in every available engine bay, so the CS Dicor was, er, really inevitable. But you can’t take away the fact that this is a rather noteworthy engine.So you get 1405cc off a cast-iron block with a common-rail head and surprisingly, even a variable geometry turbocharger. Developed using components from Delphi, this engine produces a rather modest 69 bhp@4000 rpm, just one bhp up on the TDI motor and 14.27 kgm of peak torque from as low as 1800 rpm onwards. That’s just 0.5 kgm of additional torque over the TDI. So really, why have Tata even bothered developing such an engine, especially when both (TDI and Dicor) are capable of meeting Euro III norms?Well, it’s got to do with driveability. A typically turbocharged diesel suffers from lag, and rather poor low speed driveability around town. Trying to fight between the hush of pre-turbocharger kick-in and post-turbocharger whoosh are the rather irritating aspects of city-life. Like two- and three-wheelers, suicidal cyclists, and who can forget – jaywalkers! They’ve got better, these turbochargers, but really, there’s only so much you can invest in perfecting in a conventional direct injection turbodiesel.

Therefore the Dicor. And it’s a very flexible engine at that. With common-rail direct injection, low-speed torque has improved, and with the variable geometry turbine, it’s kicked turbo lag goodbye. All of this can be witnessed in real world driving conditions, like we did after stepping out of Tata’s Pimpri plant. Driving it within the confines of Pune was an absolute breeze, and it makes the tiny degree of turbo lag in the Swift diesel appear rather pronounced. On the highway, it starts to get into its element with the ability to cruise one of its strongest aspects. Leave it in 5th gear and it will keep chugging along with the kind of ease we’ve only experienced on the Mahindra Renault Logan so far.

If you do decide to get a little frisky, the CS Dicor won’t disappoint you. The car gathers steam rather quickly and seems to have some sense of urgency. The 100 kph mark is gone and done with in about 16.7 seconds, not stonkingly fast, but not painfully slow either. The CS Dicor covers ground at the maximum rate of 41 metres a second, or simply put, about 148 kph. It takes 13.2 seconds to accelerate from 80 to 120 kph, nearly two seconds faster than the Swift diesel and just 0.1 seconds better than the Palio Multijet, an indicator that those variable vanes of the CS Dicor’s turbo are up to their job. This better mid-range timing indicates that this is a good car on the highway, which allows you to overtake that much more effortlessly.   All the while, on the Mumbai-Pune Expressway, the car held its line rather well, getting slightly affected by crosswinds and some loss of grip, but only around top whack. By shrinking the boot and reducing some of the weight due to less metal, the Indigo CS also handles rather well. Around some winding uphill roads, the CS impressed not only with its ability to turn in quickly, the steering also felt well weighted, and would you believe it, the rack gave a lot of feedback. Even though it takes some getting used to the thin-ribbed steering wheel, it doesn’t affect the way you can manhandle it. Despite a diesel engine up ahead, it never feels nose heavy or has understeer set in rather early – in fact it offers you the opportunity to explore the limits of the car with a small smile planted on your face. And the reason I say small is because there is a chink in the armour – the brakes. They lack bite, pedal travel is rather long and pedal feel is rather poor. And it showed during our 0-100 kph-0 runs, where the car took a yawning long 25.9 seconds, some 9 seconds of those spent in tyre-smoking mayhem.

So is this car that was tuned in the mayhem of the ERC worth it? Frankly, it pretty much is, apart from the poor brakes, the scruffy plastics and those debatable looks. If you really don’t care much about how disproportionate the chopped rear-end looks (the red body paint makes amends) and are on a budget for something large in a not-so-large package, the Indigo CS can be terrific value. Especially in these double digit inflationary days. Talk about ‘cutting’ corners!