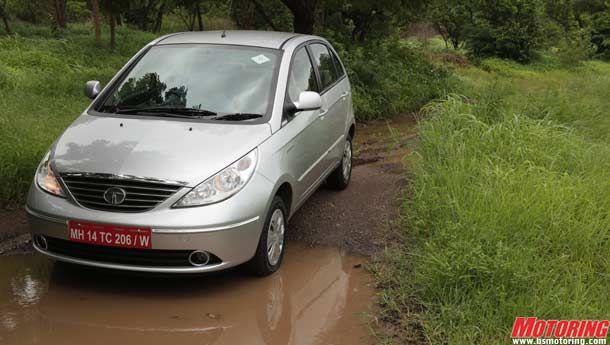 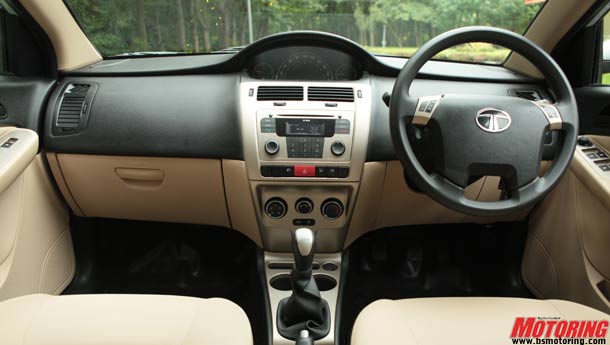 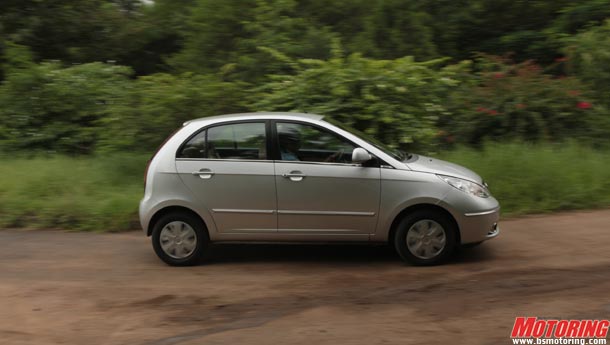 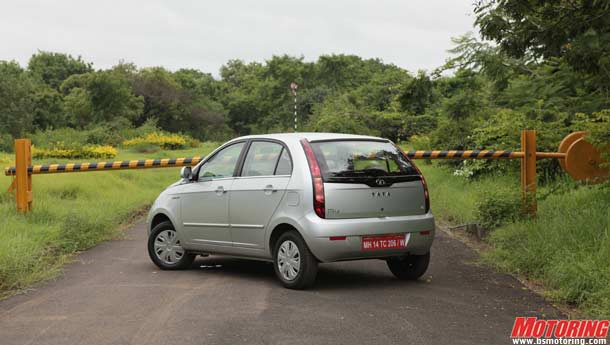 There are plenty of reasons to buy an Indica and the all new Vista gives you a few more. Let’s start with exteriors. To begin with, the new Vista will be available in six refreshing colours. A pair of ‘triple barrel’ headlights along with a redesigned bumper complete the front end while a black strip of trim adorns the rear. Lots of chrome strips abound on the front, flanks and on the door handles in the form of strips. The grille and the window weather strips receive the chrome treatment as well.

On the inside, the first thing you will notice is the new Sahara beige interiors. Much thought has been put into the design of the cabin trim and the fact that the dashboard has a black surface, ensuring it won’t reflect onto the windscreen is testament to this fact. Look closer and you will notice the electric HVAC and outside rear view mirror controls. The audio system on this Vista is now Blue 5 enabled and two airbags make the car a whole lot safer. The plastics have improved in leaps and bounds on the whole, with a few exceptions here and there – the bits around the AC louvres and centre control bezel in particular.

Although mechanically unchanged, the new Indica does feature some tweaking to make the drive more enjoyable. If you have driven the last Vista, you will realise that the clutch of this one is miles ahead in terms of the effort needed to operate the pedal. Featuring smoother and lighter action, the clutch also bites earlier, making life easier in traffic. What is also apparent, in comparison to the outgoing Vista, is that the steering wheel is now lighter to turn but not enough to make it limp. I quite like the way it moved, and the output on the front wheels was precise and confidence inspiring.

I drove the Vista powered by what Tata calls the Quadrajet engine (which happens to be one of the four engine options that are being offered – the BS3 TDi diesel, BS4 Safire 65 petrol and the Safire 90 petrol being the others), which essentially is the Fiat sourced Multijet diesel. In combination with its gearbox, this engine is adept both in the city as well as for moderate cruising speeds on the highway. The gearbox, I must admit, continues to feel notchy, but that tendency has certainly been reduced to a large extent.

With potential to amble at an indicated 45 kph in top gear without the slightest protest, the Vista is bound to return decent fuel efficiency. Just don’t expect it to instantaneously pick up pace without the need of a downshift, though. If you do however want to stomp hard on the accelerator pedal, the car moves with the same pace as the outgoing Vista and its no surprise really as the power train is identical to the older Indica.

What has changed, however is the size of the brake booster that has now been increased to improve braking performance. The car does indeed seem to stop better than its predecessor but the stoppers appear numb and lack feel.

Not many know India like Tata Motors do and when it shod the new Vista with  softer suspension, it was with good reason. Despite the shambles that our roads are in, the supple suspension absorbs the bumps extremely well and bestows the car with great ride quality.

I was practically driving the car into every pothole that came my way, determined to find just how many of the things rattled the Vista. Very few did. But as everybody knows, a softer suspension setup results in a compromise to a car’s cornering prowess and although I didn’t have the opportunity to throw the car through a couple of benders, the Vista did tend to roll a bit as it shuffled through traffic.

In all, I think the new Vista is a significant step in the right direction. Tata, as it seems, is on an all-out mission to prove that the Indica Vista can actually offer the trappings of a sedan with the dimensions and economics of a hatch. From what they currently have on offer, I think the company has pretty much achieved that mission.