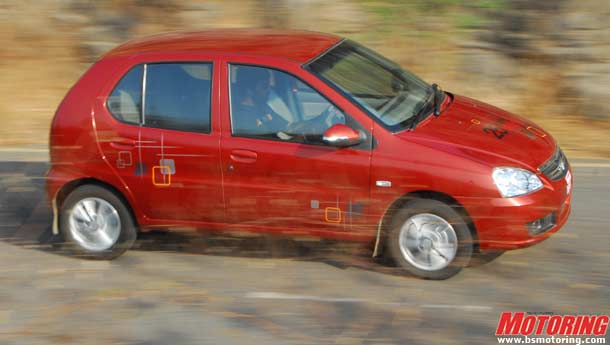 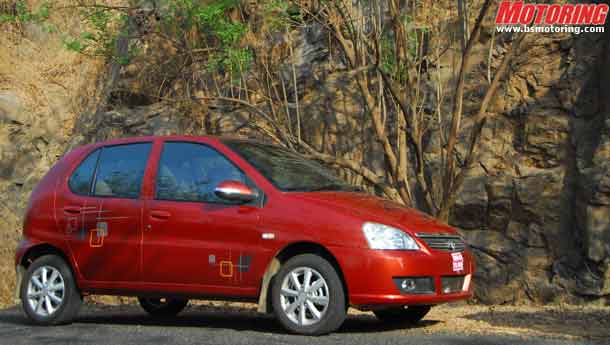 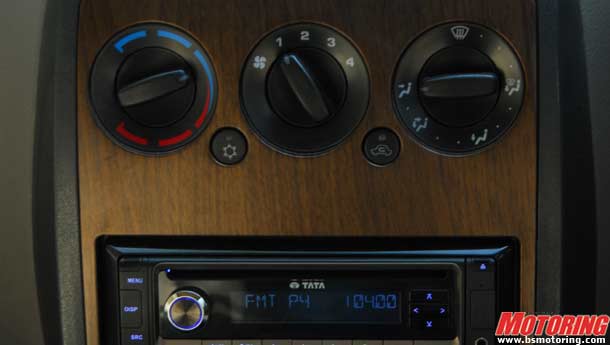 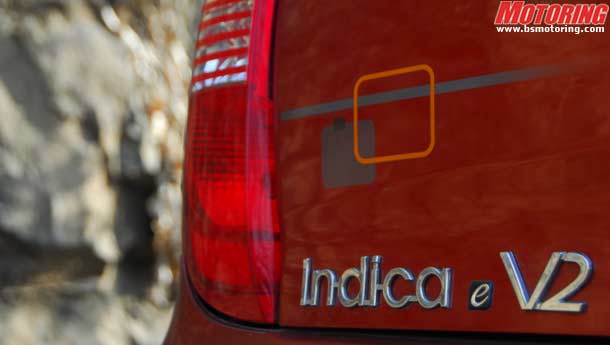 You know it's a hit when a regular Mumbai cabbie musters the courage to walk up to you at the petrol pump and ask you 'Does it actually give 25 kpl?' This was just hours after I had picked up the car and I gave him a rather puzzled look, before I mumbled something to the effect of 'Er... don't know!'

You see, it's exactly the very same curiosity that bit me as well when I first asked Tata Motors for a test car – can it really do 25 kpl? To answer your question straight away – no, it can't, unless you are sitting in a controlled environment, with the car on a dyno running at a constant 45-50 kph. In the real world, the best we could summon the 1.4-litre common-rail diesel to achieve was 20.8 kpl on the highway, which isn't far off from Tata Motors' own claim. And in the city, we saw a little under 17 kpl – that too in horrible peak-hour Mumbai traffic. These figures by themselves are impressive enough to warrant a further explanation, unless of course you would still like to wait patiently for a Nano diesel.

Globally, the concept of an efficient version of an existing small car isn't new. Ford does that with the Focus 1.6 eDrive and Volkswagen with the Blue Motion versions of the Polo and Golf to name a few. All of them have minor changes to the exterior and mechanical changes to help improve fuel efficiency and reduce emissions.

Tata Motors have also made changes to the running gear to a certain degree. The tyres now are of the low-rolling resistance variety while both the steel wheel and alloy wheel versions have seen a drop in weight to help improve the unsprung mass of the car. The suspension too has been altered, especially the bearings to cope with the new tyre-wheel combo.

Under the hood, there are a few minor changes. The old common-rail Dicor diesel engine has been thoroughly updated to meet Euro-IV norms, the electronically controlled injection system has been updated and so has the engine mapping. Tata Motors has even adopted a clutch-start system ala Hyundai, to ensure that the car cannot be started without depressing the clutch, thus reducing starter motor damage. It has also adopted a sort of ascent assist system to ensure the driver has enough time to shift his or her leg from the brake to clutch without worrying about the car rolling backwards on an upward slope. Tata Motors has retained the gear ratios, but changed the final ratio from 3.65 to 3.42 – achieved through a shift to 14-inch wheels.

There are more things that haven't changed. Start 'er up and the eV2 will greet you with a sound of distant diesel clatter that doesn't necessarily disappear long after the engine has warmed up. What has particularly impressed us is the driveability of the engine. The gear ratios, coupled with power delivery give it a lot of flexibility. Choose to drive in a more relaxed fashion and the Indica will bless you with pretty good fuel efficiency. In city, we got 16.3 kpl in pretty bad traffic, while that figure bumped up to 20.8 kpl on the highway. Considering a 50:50 driving cycle, that translates to 18.5 kpl, which makes it more efficient than practically all other diesel hatches on sale.

Performance too isn't bad. From its 1396cc motor, the Indica eV2 churns out 69 bhp@4000 rpm and a reasonably healthy 14.2 kgm@1800 rpm. The figures won't excite you, but the Indica doesn't disappoint either. Standing starts reveal that the car accelerates from 0-60 kph in under 6 seconds. Even the time registered for the 0-100 kph acceleration is a reasonable 15.52 seconds. Top speed hovers in the region of 152 kph - the figures are comparable to diesel hatches like the Nissan Micra. In terms of passing speeds, it can go from 80 to 120 kph in 13.2 seconds – not exactly earth shattering but decent enough to keep up with general traffic.

The driver's seating position is high and the lack of adjustability don't help matters – the position being more ape-like. Ergonomics are more akin to what was available in the nineties, but to many it may not be bothersome. I guess the price is what is the clincher. But is it?

Prices for the Indica eV2 start at Rs 4 lakh for the L model and go up to Rs 4.85 lakh for the LS model, ex-showroom Mumbai. If you consider the on-road price, that works out to be a little under Rs 5.5 lakh for the top-end version. At that price, you may get a slightly less kitted out, but a more modern hatch that is better put together and drives better too. If you are in the market for a cheap diesel hatch, then the lower variants are what you should be looking at. It then becomes the cheapest common-rail diesel hatch on sale, until at least GM offers the Beat with a three-cylinder diesel motor and Tata Motors itself launches the Nano diesel.