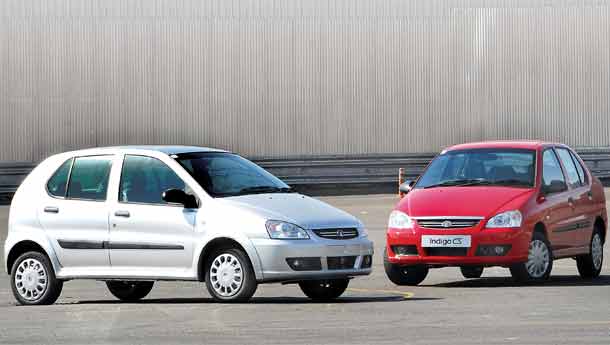 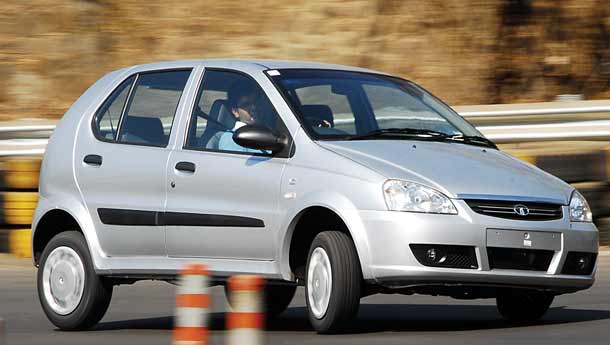 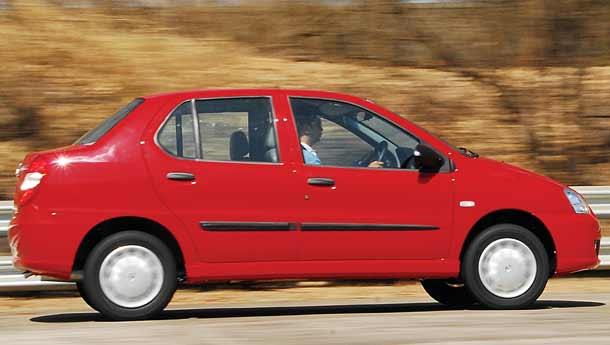 Beyond the limelight on the Nano, in a corner at the Auto Expo, were the Tata Indigo CS and the Indica Dicor. Not many noticed them, as swarms of show goers gaped, gawked and scratched their heads over the Nano. Of course, no one can deny the Nano its rightful place under the automotive sun, but hey, Tata launched what is the effective successor to the now defunct Maruti Esteem, and after much journalistic pleading, put their Dicor engine in the Indica. Perhaps it’s hard to fault Tata Motors for it. After all, their hands are full and how! The Safari Dicor 2.2, then the Nano, the new Indica, the Xenon, the Sumo Grande... the list really seems endless.

To begin with, the Indigo CS and the Indica Dicor are available right now, and since we last drove either car, there have been improvements. When we hit the test track at Pimpri, the first thing that caught the eye was the paint finish on the Indigo. In an instant, it felt like something one would find on a more premium car, a near-Fiorano red sparkle. Fiat-Ferrari connections or not, it didn’t take long to figure out why the CS moniker graced the boot. You see, CS stands for Compact Sedan – a shortened version of the Indigo with a smaller boot. You might ask why Tata have bothered to reduce the length, but they have made a smart move. The excise duty rules currently state that any car with a petrol engine less than 1200cc, or a diesel engine less than 1500cc, measuring in at less than 4000 mm, can avail an eight per cent excise benefit. The CS features the 1193cc petrol mill from the Xeta and the turbocharged and intercooled 1405cc engine from the Indica. It measures in at 3988 mm, well within the excise duty stipulations. Now that you’ve got the picture, listen to this – it’s priced as low as Rs 3.79 lakh, ex-showroom, for the base petrol version in Mumbai. That makes it as cheap as the fully loaded Xeta, cheaper than a Maruti Suzuki Wagon R LXi and the Zen Estilo LXi and just as cheap as the base Fiat Palio Stile 1.1. To add to that, the boot has been reduced by just 50 litres, making it nothing less than a Thanksgiving and Christmas sale in one.

To put it simply, since Tata didn’t have any major engineering to do, other than reducing the length from the boot, keeping the underpinnings the same and borrowing engines from the Indica, it is a brilliant business case of how minor alterations can alter a product personality so drastically. But is the personality so drastically altered as to influence the way the car behaves?   To find out, we took the Indigo CS TDI diesel on the test track. Now, as you enter a modern Indica or Indigo, you will find vastly improved quality of plastics. No longer do you find scratchy plastics – instead, better finished, softer material now welcomes you. The thin-ribbed steering wheel, however, just doesn’t feel substantial to hold on to. The driving position too is set too high, and with the steering being the non-adjustable type, it’s a bit uncomfortable. Tata engineers say the customer wants to see the edge of the bonnet at all times, hence the extra cushioning, but if the seating position tires you for lack of proper knee placement, the effort to make the backrest very supportive seems like a waste of R&D time. Everything else on the inside stays the same, so you get acres of space in the rear, with a comfortable seating position, but you don’t get power windows and other niceties.

Fire up the engine and there is a lot of clatter on the outside, but it’s acceptable on the inside. There is sufficient sound deadening, and once on the move you realise you are well isolated from the sounds of the road surface. Pickup is fairly good for a diesel, and you are past turbo lag and other irritants even before you realise a hint of it. There is good acceleration in first and second gears, going up to 40 kph and 70 kph respectively, but it starts to wheeze in third, taking time to hit 110 kph – certainly not very good for quick overtaking maneouvres. Get into a corner and there’s a fair bit of roll, but grip is very good. It also feels much tighter and because it weighs some 25 kg less, it appears to be more nimble.
Not so the case with the Indica Dicor. The driving position is even odder than the Indigo, and the pedals are offset to the left for some reason. Look beyond it and the engine holds a lot of promise. In a compact car like the Indica, the Dicor performs admirably. The powertrain feels smooth, the gearshift has improved vastly like on the CS and lag is minimal. Torque is quite flat, and makes low speed-high-gear driving quite easy. Unlike the Indigo, where the revs finish off at 5000, the Dicor revs lower at 4500 rpm, but you have most of the meaty torque available across a wide band. Producing 69 bhp@4000 rpm and 14 kgm@1800-3000 rpm, it is nearly 2 bhp and 0.5 kgm up on the CS. Overall refinement too is quite good, though still not as good as the Swift diesel. Body roll is omnipresent here too, but the grip levels are quite good, just as in the CS. Priced at Rs 4.33 lakh, ex-showroom, Mumbai, the DLG offers very good value over the Swift LDi, which retails for just under Rs 5 lakh.

It’s a prudent purchase like the CS, given the improved levels of quality, higher levels of engineering and such. It’s also a sign of what one can expect from the new Indica and the next generation Indigo, and if it looks like what we saw at the Auto Expo, it is certainly a coming of age for Tata Motors. After all, some of those hundreds of thousands of customers for the Nano will some day want to upgrade. Something from the new Tata family would then not be such a bad idea.