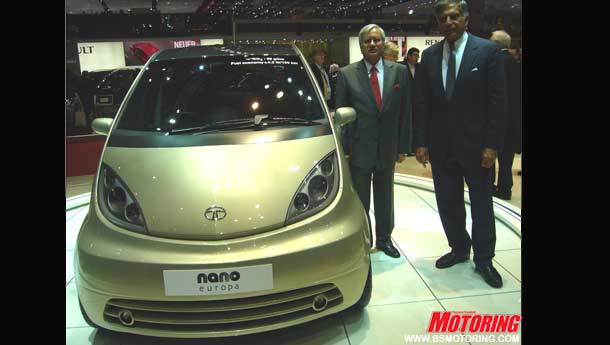 Tata Motors is "at a very high stage" in finalising a production site for its small car Nano at an overseas location, which could be either in Latin America, South East Asia or Africa.

A senior Tata group official said that the automobile major was exploring various options at different places and looking at uninterrupted supply chain for the components.

"The work is at a very high stage," Tata Industries Managing Director Kishor Chaukar told PTI when asked about a time-line to produce Nano in any of the overseas locations.

Tata Industries is one of the investment arms of the Tata Group.

He said Tata Motors is looking at various regions such as Latin America, South East Asia and Africa. "They are looking at any of these possibilities."

While declining to specify details, Chaukar said: "They (Tata Motors) are looking at the best options in terms of country locations or a geographic location."

Apart from considering land building facilities availability, Tata Motors will look at supply chain availability and at the accessibilities of markets, he added.

"...Most importantly they will also be looking at the supply chain. Because component usage in a single automobile runs into thousands and if you go in a large production, supply of these components of desired quality has to be highly reliable," Chaukar said.

Nano, touted as the world's cheapest car, is now produced only at Sanand in Gujarat for the Indian market.

The company was expected to launch the car in Europe by 2011. The version in Europe is said to have airbags, central locking and would be Euro V emission norms compliant.

Although Tata Motors did not reveal any price tag for the Nano Europa, British media had predicted a price of over $6,000. The Indian edition of the car hit the roads in 2009 for about $2,500.

Tata Sons Chairman Ratan Tata had said that the European version of the Nano would come with airbags and other high-end features, "but it will still be a low-cost car".