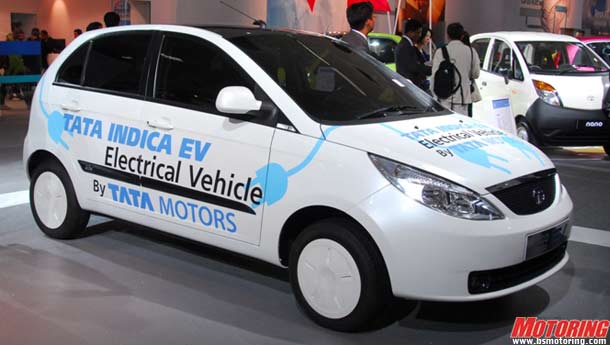 Tata Motors, India's biggest automotive company, is readying the launch of an electric version of Indica Vista, its most popular hatchback, in the United Kingdom.

The company has established an electric vehicle manufacturing center in Coventry, capable of building 1,500 units every year. The car will go on sale this summer, beginning with fleet customers. The Vista electric was developed by engineers at Tata Motors UK subsidiary, Tata Motors European Technical Center Plc (TMETC). The body shells, however, are exported from India. The end cost of the car could stand at £20,000 (Rs 14.33 lakh), including the £5,000 (Rs 3.5 lakh) subsidy provided by the government on electric cars. The company is yet to make an official announcement of the price range.

According to the Birmingham Mail, Tata Motors has built 40 units of the Indica Vista EV in the first phase, of which 25 units have been delivered. The car can deliver 100 miles (160 km) to a full charge, which would cost Rs 107.

"By using the Vista we have a car which is a four-seater with good luggage space, unlike a lot of electric cars which have limited space inside and are not really practical," Steve Ocock, head of manufacturing, told the Birmingham Mail.

"With a top speed of 114 km per hour, lively acceleration and a range of 160 km, this four-seater family hatchback, with ample luggage space, is a testament to the efficiency of the EV drive-train packaging. The lithium-ion batteries in the car are produced by Miljobil Innovasion, a subsidiary of TMETC based in Norway," said a statement by Tata Motors.

The car will be on sale in the UK from the early summer this year and will be targeted primarily at business and fleet users. The company's aim is to develop a robust customer base and after-sales programme, and not to chase volumes.

“In line with that objective, we will consciously restrict volumes, in the first two to three years. However, keeping long-term objectives in mind, a plant has been set up at Coventry, UK, with a capacity to produce up to 1,500 cars a year,” the statement added. Due to inadequate development of infrastructure in India, the company has no plans of launching the car here.