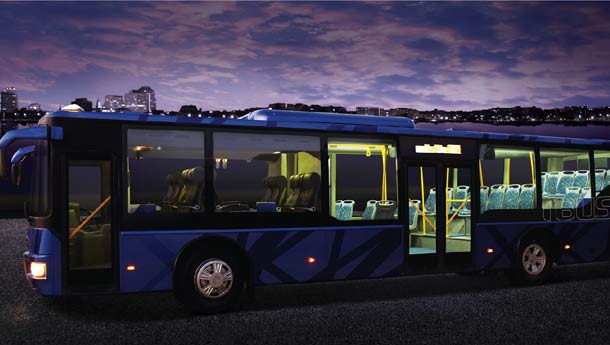 Chennai-based Ashok Leyland Ltd (ALL), the second largest truck maker in India, has inaugurated an integrated manufacturing facility at Pantnagar, Uttarakhand. This unit, in which Rs 1,500 crore have been invested, is the company’s seventh. ALL hopes to increase sales by 38 per cent next financial year and also expand its market share to 30 per cent, selling 90,000 vehicles in India and abroad. R Seshasayee, managing director, spoke to Swaraj Baggonkar about the company's plans. Edited excerpts:

What are your plans for the new Uttarakhand plant?
The capacity of the plant is about 75,000 units (per annum) on a three-shift basis. Investment is about Rs 1,500 crore. It is an integrated plant, where we will make engines, transmissions and axles. We will also make the new ‘U’ trucks here. It is the most cost-efficient of all our plants.

Has the company launched the ‘U’ trucks already?
We showcased these at the Auto Expo in January. This is a platform which is synchronised with the BS-III (emission norms) introduction. We are not sure when BS-III is going to be notified but when it happens, we will be ready for launch.

By when do you wish to achieve full capacity?
In two to three years, we expect production to ramp up to 50,000 units on a two-shift basis. We have started production from Friday. From next year, contribution from this plant would be considerable. This will not require any further investment. We had to meet the deadline of March 31. All products coming out of this plant will be eligible for tax-free benefits.

Would you shift some of your existing products to gain from the tax holiday?
Whatever we produce now can also be produced from this plant. This plant can take on any platform, so we have the choice to produce anything from here; it is built to be very flexible.

Leyland sales for April-February in the domestic market stood at 48,648 units, a growth of 12 per cent. How do you see this new plant contributing to your sales next fiscal (year)?
We had some supply chain issues in January and February. We have an increased market requirement next year and we are predicting 15-20 per cent sales growth. This plant will contribute to at least 20 per cent of our overall production.

Any fund-raising plans in the coming financial year?
No, no plans next year.

What will be the impact of the rise in excise duty (proposed in the Union Budget) on demand?
So far, things have been well absorbed as freight rates have gone up.

Where do you see volumes in the commercial vehicles segment headed next year?
Industry volumes should go up 15-20 per cent next year.

What is the status of the delivery of buses to the Delhi Transport Corporation. Is it on schedule?
We had several issues which are all resolved now, so we hope to complete this on time.