Global airbag manufacturer Takata has been distressing various car carmakers after a technical glitch in its front bag inflators was discovered recently. The latest automaker on this list in India happens to be Honda Cars India, that issued a recall of no less than 1,90,578 vehicles on Thursday. 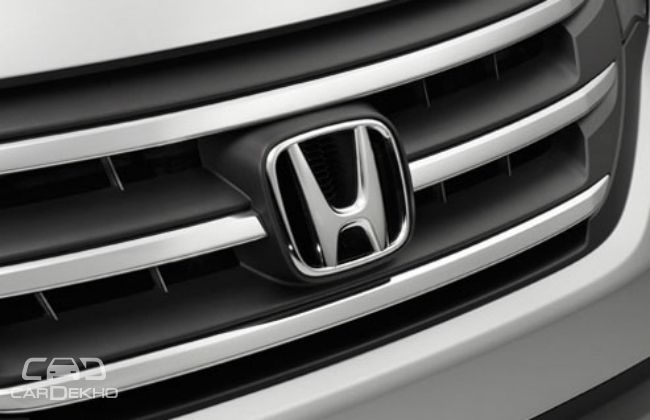 Honda will voluntarily replace Takata passenger front airbag inflators in the previous generation Accord, CR-V, Civic, City and Jazz as part of its precautionary global recall campaign concerning Takata front airbag inflators, informed a press release.  The Japanese automaker also confirmed that the replacement will be carried out free of cost at its dealerships across the country, but in a phased manner.

While the campaign for CR-V and Civic will begin immediately, the replacement of inflators for other affected models is said to begin from September this year.

In order to check if their cars will be covered under this campaign, customers can submit their 17-character alpha-numeric Vehicle Identification Number (VIN) on the special microsite which has been created on the company’s website (www.hondacarindia.com).

Another Japanese car manufacturer, Toyota also issued a major recall a fortnight ago for a whopping 14.3 lakh vehicles globally. No further details about the recall are available as of now, but, since the Prius was launched in the country back in 2010, India could very well be one of the markets in which the recall is applicable.

Mitsubishi was one of the first carmakers to roll back close to 4 lakh cars because of the Takata airbag issue in February, before its takeover by Nissan soon thereafter. 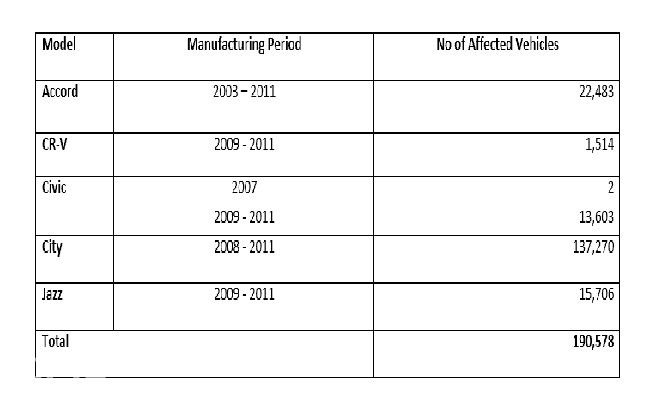