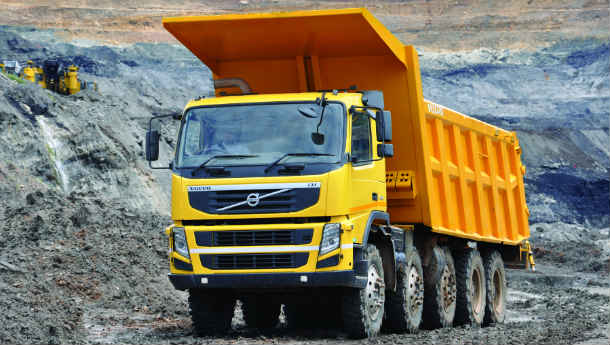 Swedish truck, bus and earth-moving equipment maker Volvo on Tuesday announced it planned to invest Rs 3,800 crore in India through the next few years. Of this, Rs 1,800 crore would be invested in its joint venture with Eicher Motors, chief executive Olof Persson told reporters here on Thursday. The remaining amount would go towards enhancing its own operations, he added.

In India, Volvo has strong presence in the bus segment. It supplies low-floor buses to various state government transport departments and private service carriers. Volvo, the world’s second-largest truck maker by revenue, and Eicher Motors have a 50:50 joint venture, VE Commercial Vehicles, which sells the Volvo brand of trucks and Eicher-branded trucks and buses.

“With the investments we are making and the plans we have for India, we expect growth rates here to be higher than many other markets,” Persson said.

Volvo makes trucks under the Renault, Mack, UD Trucks and Eicher brands, as well as under its own brand. Along with Daimler and Scania, the company is in the race to grab a slice of India’s truck and bus market.

As part of its plans for growth in India, Persson said the company was readying new truck models in the value segment. These were aimed at taking on competition from well-established players such as Tata Motors and Ashok Leyland. Currently, Volvo is present in the upper bracket of the truck segment. While entry-level trucks in the Indian market cost an average of Rs 10 lakh, Volvo’s range of trucks start from Rs 75 lakh.

The announcement of Volvo’s investment plans comes at a time when the company is seeing slackening demand across Europe. In North America, too, the company has seen demand fall, with dealers cutting on stocks.

Volvo also aims to export about 30 per cent of the capacity at its Indian engine plant it plans to open in Pithampur, Madhya Pradesh, next year, as it looks to leverage costs from India operations. “In the long term, the capacity of the engine factory would be 1,00,000 engines,” Persson said. The company joins a host of global automakers planning to use India as a manufacturing hub for parts and components. Many companies also plan to make India their export hub.

Persson said Volvo would work with Eicher to hasten localisation of parts for engines produced at the Pithampur plant.