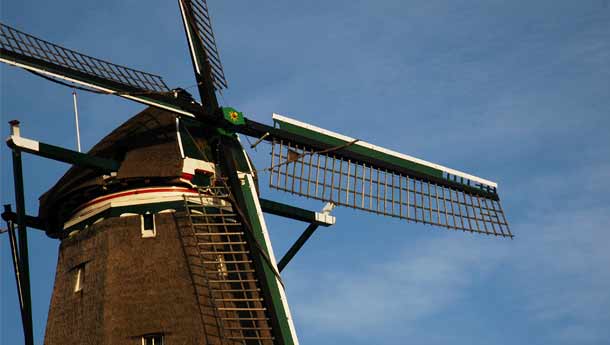 Time to leave Stockholm for Amsterdam. Say goodbye to Mikael and his lovely partner Erika. Heaven knows when we’ll meet again, so I make sure it’s a proper one. Heft bags on to the express train to Stockholm airport and am soon saying goodbye to Sweden as well. Truly interesting and pretty country with some of the nicest people anywhere – I’ll be back some day. Uneventful flight to Schipol airport in Amsterdam. Things start to hot up at the luggage carousel, though. Two Asian women get into spectacular fight, throwing punches, pulling hair, swinging hand bags, the lot. Very entertaining and a fairly supercharged entry into Holland, to say the least.

Call my friend Joost, with whom I’m going to be staying. First met him in 2004 in Kaziranga in Assam, where he had been holidaying (yes, the same trip where the police accused me of being an ‘esteemist’) and we hit it off. Strangely enough, this is only the second time that I’ll actually be meeting him. ‘Hi! Welcome to cheese-head country!’ he says cheerily. ‘Take a train to Amsterdam Central and I’ll meet you there’. Sure enough, there he is as I step out of the station, grinning broadly. ‘Not too cold for you, I hope.’ ‘Mate, I’ve just come from Stockholm. It’s -14 degrees C there. Case closed.’

One look at where Joost lives and I’m trying to figure out how to become an illegal alien. Lives smack in the middle of the city, in a beautiful houseboat on a canal. Some people have all the luck. ‘Lots of people live like this in Amsterdam, but it’s hard to find a new house boat because there’s only so much space and very few people are willing to sell.’ No wonder – can’t think of a better way to live. Only when the boat rocks slightly do you realise you’re on water, otherwise it’s perfectly stable. It gets better – Joost does all sorts of freelance work, saves some money and then travels. India is a particular favourite. Grr. I want his job, or the lack of it, in this case. Wait a minute – I get to do much the same thing. Life’s good, then.

Wake up to the startling sight of a man and his young son peeing into the canal. ‘It’s a family thing, they do it every now and then’, says Joost. Best not to swim in the canal, then. ‘What do you feel like doing? I’m at a loose end, so we can walk around if you like.’ Sounds like a very good plan. After breakfast of fresh whole grain bread, incredible cheese (but with a pong to make the head reel) and black coffee, we set out. Bit disheartened to see it’s a windy, gloomy morning. ‘Get used to it, this is Amsterdam in winter!’ Direct as a heart attack, our Joost.

Amsterdam’s not an ancient city by most standards, only goes back to about 12th century. None of the gobsmacking architectural grandeur of a Vienna or a Paris here – instead it’s a much more laid back, arm-around-the-shoulder feel. Lot in common with the buildings in Gamla Stan in Stockholm – colourful facades, pretty windows and the whole lot looking like giant Lego structures. Some houses tilted, which is apparently quite normal. City spreads out from its centre in a sort of hexagonal fashion, with canals all along. Quite easy to get around after you get the hang of following the canals; just make sure you have a map. And watch out for cyclists! This is a cycling city, with separate lanes for bicycles; mind you don’t go wandering down a bike path, since most cyclists assume you know the rules. A bicycle up the backside isn’t terribly pleasant, I assure you.

‘You want to go to a coffee shop?’ says Joost. Been walking around central Amsterdam for a bit, taking in canals, flower markets (oh, the colours, even in winter!) and the cheerful architecture; a cappuccino sounds like it’d hit the spot. ‘Er, not that kind of coffee shop, although you can also get a cup of coffee there if you want.’ Ah, I get it now – one of Amsterdam’s famous joints (in every sense of the word), where you can buy and smoke marijuana legally. Go to one of his favourites, and it’s exactly what you’d expect – full of pungent smoke and people looking inordinately happy. Punters inside a good representation of Holland’s population – native ‘white’ Dutch, Surinamese, Turks, Africans, Moroccans, the lot. Politely decline a drag and actually have a coffee, but secondary smoke’s enough to give me an agreeable buzz by the time we leave. What a country! Legal soft drugs, legal prostitution, legal stem cell research, euthanasia an accepted practice – you may not agree with it, but there’s no doubt the Dutch do things differently. I’m impressed, for one.

‘Let’s go down to the Red Light district, it’s quite good fun’. Joost obviously determined to corrupt me in as short a period as possible. You’d expect a place like that to be dripping with sleaze, but quite the contrary – there’s a sense of tongue-in-cheek about it all, common to find whole families wandering about. The usual peep shows, sex shops, sex museum (and marijuana museum) and all the rest of it, plus of course the famous windows where ladies (most of ‘em, anyway) attempt to get you to part with your money in return for a bit of slap and tickle. Some of the best (and rowdiest) bars and restaurants in town are here, so it’s always abuzz with activity. Worth a visit? Definitely, and leave your inhibitions at the door if you please.

Aah, nothing like hot chocolate with lots of cream on a cold evening. Just been across the river (the launches are free) to what was once the down-market part of the city; now it’s suddenly hip, with media houses setting up shop. Always been a student haunt, and their digs are ingenious – old shipping containers converted into full-fledged living quarters. Wish someone would do the same in Mumbai. ‘I have a friend who plays bass in a band, they’re playing at a club tonight. Want to go?’ ‘Of course’, I say. Never turn down an invite to live music, especially if it’s free entry. Great gig, with the band playing a groovy mix of funk and Latin. ‘That’s the thing with Amsterdam, there’s always live music every single night, catering to all tastes.’ Sounds like the place to settle down, then – if they’ll give me a visa, that is. Immigration laws have been made very strict. Sigh.

Set aside next day for museums, of which there is no shortage. Art buffs, hear this – you will swoon with ecstasy in this city. Rijksmuseum alone has collection worth billions of dollars. Currently under renovation, but the Masterpieces section is open and fully worth price of admission (I get in for free with my press ID, heh heh). Rembrandt’s mind-boggling Nightwatch stuns you with sheer scale and precision, but my personal favourite is Johannes Vermeer. That man, ladies and gentlemen, could paint. Just take a look at The Girl With A Pearl Earring, The Milkmaid, The Little Street, their astonishing use of light and know that you are not worthy. Other sections also superb, including Asian art and Delft pottery. Down the road is the Van Gogh museum, equally stunning for its collection of the great man’s work. Surreal feeling to actually stand in front of original Impressionist masterpieces like The Potato Eaters and Sunflowers, and to look at the only known photograph of Van Gogh (even though it’s of his back). One of the tragedies of the age that he died unsung and penniless – didn’t sell a single painting in his lifetime! From the Van Gogh museum, it’s on to the modern art Stedelijk museum, housed in temporary digs until renovation is complete. Most of the stuff whistles clean over my head, to be honest. The Jewish History museum, on the other hand, is superb and has poignant reminders of city’s Jewish heritage. Robert Capa (the famous war photographer) retrospective was on there too, with stunning photographs.

Dinner is a slap up Surinamese meal, quite similar to Indian food in its representation of roti and lamb curry. ‘Let’s go down to the Ostrich. It’s an old brewery with a bar, so the beer’s fresh from the kegs.’ Joost is nothing if not an excellent maker of suggestions. The place is delightful – unpretentious, noisy, jovial and cheap, like a good bar should be. Fresh beer and cubes of strong cheese – unusual but highly effective combination. ‘So what do you think of Amsterdam?’ ‘I love it. It’s hip, funky, laid-back, sophisticated, cultured and classy, all at once.’ ‘So I’d better give you a spare key to my boat, eh?’ I flash a goofy grin and raise my glass. ‘Cheers to that!’

Amsterdam is one of the world’s great capital cities. Heck, it’s one of the world’s great cities, period – right up there with Paris and London and Mumbai and New York and all the rest. It manages to be totally laid-back and pulsating at the same time. I know that’s a contradiction in terms, but it really is true. The best way to see it is to walk. You can make like the locals and bike around, but you take in much more if you’re walking. A fun way to start is to follow the canals around – you never know where you’ll end up. The museums here are well worth visiting, especially the Rijksmuseum and Van Gogh Museum. There’s also Rembrandt House, displaying lots of his early sketches, and Anne Frank House, where Anne Frank hid and wrote her famous diary. Stroll around the Jordaan (where Anne Frank House is located) an atmospheric area popular with students and artists, and with several churches and museums to see. If you’re in town during the football league, try and catch an Ajax game – they’re Amsterdam’s top club and European champions four times over. A visit to the Red Light district is de rigueur, and you can combine it with a ‘coffee shop’ experience in one of the many such establishments in the district. Night life is varied, never-ending and utterly intoxicating, in every sense of the word. Indulge!

If you don’t have a friend with a houseboat, the next best thing is to stay on a houseboat hotel. The Beagle is a two storey houseboat right next to the central station. It’s got character and location going for it, at 39 euro per night. Book on www.hostelworld.com; the site has other budget accommodation on offer as well. Nearby is the Amstel Botel (www.hotels.nl), a swish ship hotel with all mod cons starting at 80 euro per night. The Ambassade Hotel, spread over 10 canal-side houses, is a superb top-end option, from 185 euro per night.