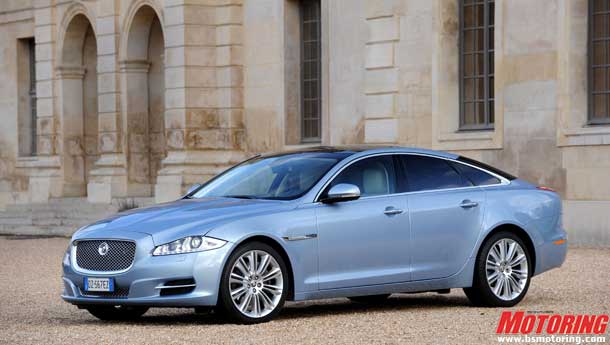 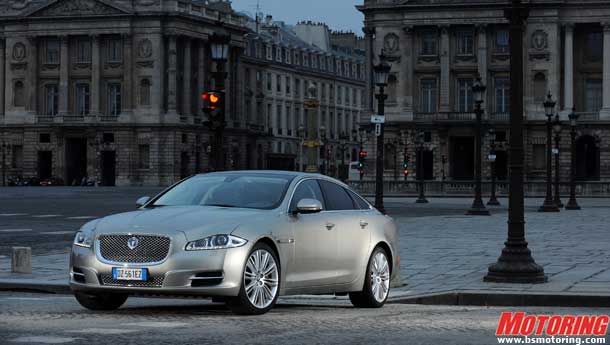 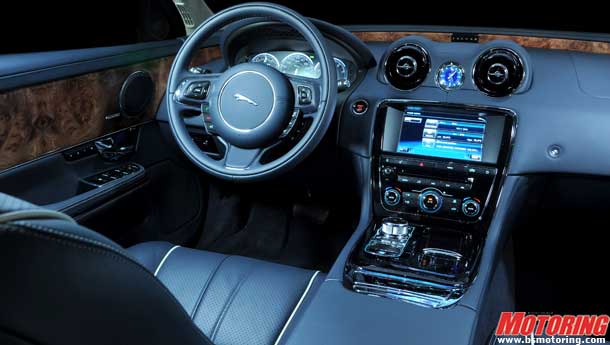 Jaguar Land Rover has now begun deliveries of the iconic Jaguar XJ in India. The flagship of the Jaguar range was previously shown at the 2010 Auto Expo and quite obviously, it drew huge crowds. This sporting luxury car was revealed internationally at the Frankfurt Motor show last year. Jaguar Cars Managing Director, Mike O’Driscoll said: “The all-new XJ re-imagines the ultimate sporting luxury car. It's beautiful, exhilarating to drive and with a bold, enlightened approach to design meets the challenges of our fast-changing world. Having it on show to the public for the first time with our other brilliant models is proof that Jaguar’s entire range lives up to our philosophy of creating beautiful, fast cars.”


The bodywork on the XJ gives it an advantage with a drag coefficient of 0.29 even though on the insides, it can seat five. Extensive use of aluminum, magnesium and composite alloys keep the chassis stiff and light while the firepower is courtesy a twin-turbo V8, which pumps out over 380 horsepower.  Virtual Instrument dials, 8” full color Dual View technology Touch Screen display and optional 1200W Bowers & Wilkins premium surround sound system add to the luxurious interiors. The best of Jaguar technology is also part of the package, including a continuously variable damping (Adaptive Dynamics), electronically controlled rear differential (Active Differential Control) and a quick ratio power-steering system. The aluminium body uses more than 50 percent recycled material, with a plan to increase this to 75 percent. Body panels made from recycled material use only 5 percent of the energy required for new aluminium, equating to a potential saving of three tonnes of CO2 per vehicle.   “The new XJ is a thoroughly modern interpretation of the quintessential Jaguar. Its visual impact stems from the elongated teardrop shape of the car’s side windows, that powerful stance and its wide track. It is the most emphatic statement yet of Jaguar’s new design direction.” Said Ian Callum, Design Director, Jaguar Cars.