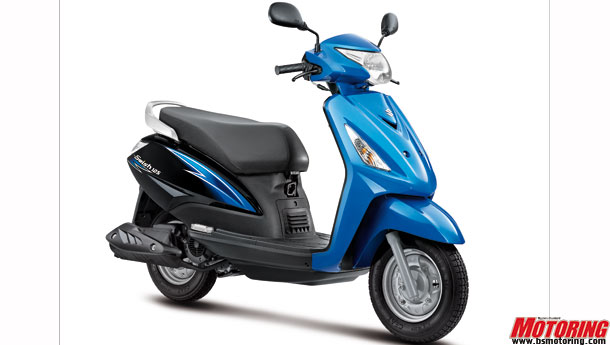 Suzuki Motorcyle will set up its second Haryana unit manufacturing two-wheelers, and start production in 2014. The state government today approved a Rs 2,000-crore proposal from the Japanese major to commence production at the 50-acre unit at Rohtak.

Nakanishi thanked Hooda for his government’s continued support to his company’s various projects in the state and, now, the granting of permission to set up a unit to manufacture motorcycles at Rohtak’s Industrial Model Towship (IMT). The three-phase project requires an estimated investment of Rs 2,000 crore. The plan is to complete it by 2019, when the annual production capacity would be 2 million units.

HSIIDC’s Arora said the first phase of the upcoming unit would have an investment of Rs 500 crore. On becoming fully functional by year after next, its annual manufacturing capacity would be 20 lakh motorcyles. “It would provide employment to 4,000 persons,” he added. Further, the project is likely to generate indirect employment opportunities in the nearby region in terms of vendor manpower, logistics providers and service industries. The production capacity of the first capacity will be 5 lakh two-wheelers annually.

Arora said the Maruti Suzuki Group had already made investments of Rs 12,000 crore during the last seven-odd years. Ahead, an investment of about Rs 6,000 crore is in the pipeline.

Haryana, he claimed, was the only state where Maruti Suzuki Group had made “sizeable” investments. Its existing units for four-wheeler manufacturing are located at Gurgaon and Manesar, where the company has made investments of nearly 22,000 crore.

Further, Maruti Suzuki is setting up a 600-acre project of state-of-the-art research and development facilities with a world-class test course — also at IMT, Rohtak. Currently, the Group is setting up a two-wheeler manufacturing unit at IMT. The proposed venture at IMT is a “clear indicator” of the preference of Maruti Suzuki Group for Haryana state, Arora said. “It dispels any notion of the Group slowing down its investments in the state or moving out of Haryana,” he added.

Malik said the “impressive” infrastructure facilities at IMT had wooed prestigious industrial houses and institutions such as Asian Paints, Footwear Design & Development Institute, Hi-Tech Plast and Saberkantha Dairies to set up ventures in the Rohtak township.

“The infrastructure at IMT meets international standards when it comes to facilitating the setting up of industrial units by MNCs, reputed industrial houses and institutions,” he added. The township comprises industrial, residential, commercial as well as institutional sectors.

Suzuki Motorcycle India Private Limited, a subsidiary company of Suzuki Motor Corporation of Japan, already has manufacturing facilities for two-wheelers at Kherki Daula in Gurgaon. With this, Haryana has emerged as a hub of motorcycles, as Suzuki will be the fourth major manufacturer of motorcycles in the state. The other three such manufacturers are Hero Motocorp, Honda and Harley Davidson.