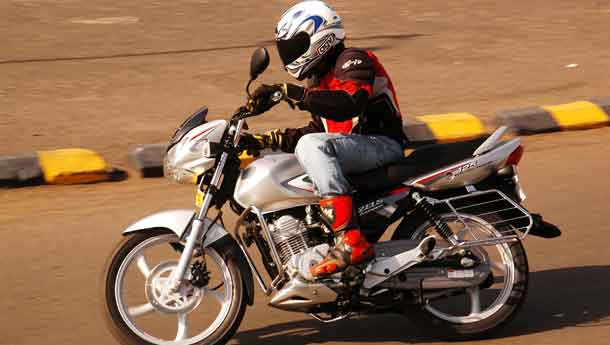 It’s that time of the year when we motoring journalists sleep a lot less and ride a lot more. I’d like to think it’s new motorcycle launches that have us excited and riding out but the truth is it’s the weather. It’s that time of the year when winter’s fading and summer’s setting in. The sun rises early and you can smell the warmth in the air and I’d like to believe that my ride is a leap above its predecessor. Well, it isn’t and I can’t fathom why. Oh and by the way, I mean the revamped Zeus.

The Zeus, Suzuki’s 2006 re-entry launch in India, was a superbly built motorcycle. Unfortunately, everything else was middle of the road. As Suzuki’s first motorcycle for India, it turned out too meek to create an impression, let alone chew up competition and rack up market share. Mind you, the Zeus/Heat is quite a nice motorcycle and has the aforementioned superb build quality as well. It didn’t as much as flinch when it was put through BSM’s annual Slushfest and easily survived a whole 7000 km test cycle in the hands of our resident motorcycle breaker... er tester, Sandeep.

A year down, Suzuki aims to set right all of that, rebuild brand Suzuki and aims to actually capture some part of that huge and growing sales pie. So they’ve upgraded their Heat/Zeus.We’ll start with Suzuki’s top of the line Zeus. The motorcycle will now be available in three variants, the EU, DU and the CD. The DU – the most basic version – looks the same as the older motorcycle but now gets the much needed electric starter. The EU, the intermediate variant, gets new stickers, five-spoke alloys and a thumb start. And the CD, top of the line and in the pics, will have all of the EU features and a disc front brake.All of the variants will now have stylish clear-lens indicators and stickers that are more pronounced than the earlier styling of the Zeus. Oh, and it’s also got a very chic-looking Suzuki S monogram on the tank. Heat, the bare-basic Suzuki, gets new graphics and the self-same five-spoke alloys. That’s the upgrade list. Suzuki have priced the CD, EU and DU at Rs 46,326,Rs 44,726 and Rs 42,725 respectively,while the Heat gets a Rs 35,100 price tag (all ex-showroom Delhi).

Upgrades and spec-ups are a fact of two-wheeled life, but this is hardly what one could call a brand-building upgrade. It’s a start, yes, but I fear this may not be enough to pull people into Suzuki showrooms in larger numbers yet. Thank god for the scooter that’s coming next, eh?