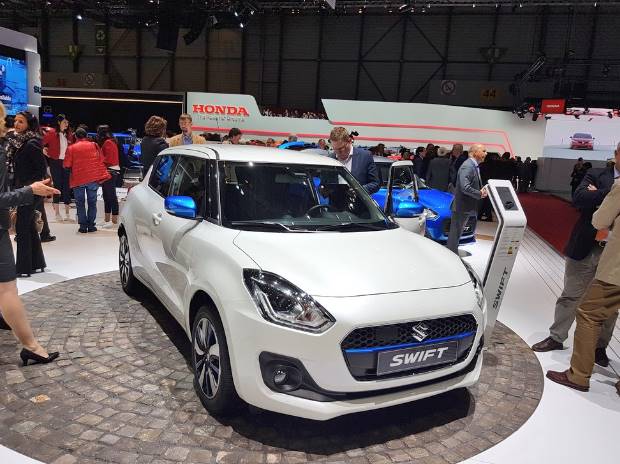 Japanese automobile major Suzuki Motor Corp on Tuesday unveiled the all-new version of its popular hatchback Swift which is slated to hit the Indian roads early next year.

The third generation Swift is based on the company's new generation HEARTECT platform, which is light weight and rigid.

He said the new Swift has even better fuel efficiency.

"We achieved this by developing a completely new super light weight body that weighs only 840 kgs, which is 120 kg lighter than the current model," Saito added.

He further said: "Since the launch of Swift in 2004 as our first global strategic model, the Swift has been our best seller with more than 5.4 million units delivered to customers so far.

Swift has been a runaway success in India with SMC's arm Maruti Suzuki India having sold over 1.5 million units.

"The new Swift will be launched in in the spring of 2018," MSI Executive Director (Marketing and Sales) R S Kalsi told PTI here.

It also uses millimetre-wave radar to enable adaptive cruise control. The new Swift is 5 per cent more fuel-efficient than the existing version.