Suzuki to exit US, focus on emerging markets 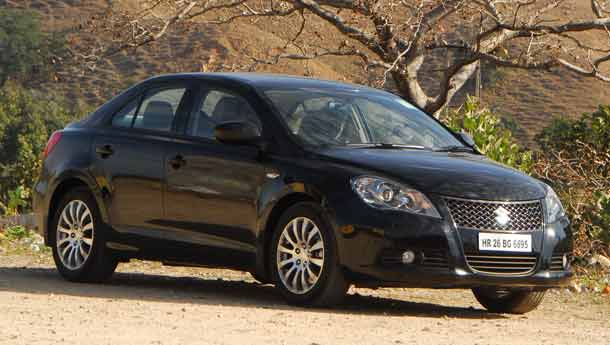 Suzuki Motor will pull out of the US car market after almost three decades, following Saab Automobile and Isuzu Motors among automakers making exits after failing to earn profits in the country.

Suzuki will stop the sale of new automobiles in the US, though it will continue offering motorcycles, all-terrain vehicles and boat motors, the Hamamatsu, Japan-based carmaker said in a statement on Tuesday. The company’s US distributor filed for bankruptcy protection in Santa Ana, California as part of the reorganisation.

The withdrawal marks the end of a business that began in 1985 and never managed to win over US consumers as Toyota Motor and Honda Motor did. The move allows Suzuki, which has the smallest US market share among Asian automakers, to focus on defending its lead in India, where the company is facing mounting competition from Hyundai Motor Co.

“Suzuki is no longer among the carmakers like Toyota or Honda to have an advantageous position in the US, so why not focus on what it is good at?” said Satoshi Yuzaki, Tokyo-based general manager at Takagi Securities Co. “It makes sense for Suzuki to focus on India and other Asian markets.”

American Suzuki Motor, the wholly owned US distribution unit, agreed to begin reorganisation proceedings under Chapter 11 of the US Bankruptcy Code, Suzuki said. The unit had $346 million of debt and $233 million in assets as of Sept. 30, according to bankruptcy filings.

Exiting the US market will allow Suzuki to focus on emerging markets such as India and Southeast Asia. Maruti Suzuki India Ltd, the company’s biggest unit, is the largest carmaker by volume in Asia’s third-biggest auto market. India accounted for about a million units or 40 per cent of Suzuki’s 2.49 million deliveries in the year ended March 31, according to data compiled by Bloomberg, as the automaker builds new factories and adds assembly lines in the South Asian nation. Maruti will open its sixth plant next year at Manesar near New Delhi, raising its capacity to 1.75 million units.

Maruti, which controls about 42 per cent of the car market, is also working on a new factory in the western state of Gujarat that will add a further 250,000 cars annual capacity. The expansion comes as automakers such as Hyundai and Volkswagen AG look for a greater share of the market, with the South Korean company announcing Nov. 1 that it would spend $300 million in India to build a new engine plant and press shop.

Suzuki will raise annual capital expenditure to about 200 billion yen ($2.5 billion) over the next five years from about 120 billion yen in the past five-year period, Naoki Aizawa, director of the carmaker said in June. The investment will help expand manufacturing in India, Hungary and Thailand, he said.

American Suzuki Financial Services, owed $891,000, is listed as the largest creditor without collateral backing its claim, according to court filings yesterday.

Suzuki’s sales in the US during the first 10 months of the year fell 4.7 per cent to 21,188 vehicles, giving it a market share of 0.2 per cent, according to researcher Autodata Corp. By comparison, Toyota’s share was 14.4 per cent.

The departure will leave Mitsubishi Motors as the smallest Japanese automaker selling vehicles in the US Mitsubishi’s sales this year have fallen 29 per cent to 50,103, reducing its market share to 0.4 per cent from 0.7 per cent, according to Autodata.

Suzuki entered the US in 1985 with the Samurai compact sport utility vehicle. A year later, it agreed to form a joint venture with General Motors Canada to produce cars at a factory in Ingersoll, Ontario. Production at the venture called Cami Automotive began in 1989.

Sales of the Samurai plummeted after Consumer Reports magazine in 1988 said that the model was likely to roll over during accident-avoidance tests. Suzuki sued Consumers Union of US Inc, the magazine’s publisher in 1996, and settled the suit in 2004.

After its best-ever year in the US in 2007, when it sold 102,000 vehicles, Suzuki dissolved its Canadian venture with GM in 2009, following the collapse of Lehman Brothers Holdings Inc. that roiled markets worldwide. Suzuki has been importing its cars from Japan since then.

The company follows truckmaker Isuzu, which halted US consumer sales in 2009. Saab sold its final six vehicles in the US in July, according to Autodata. National Electric Vehicle Sweden AB, a Chinese-Japanese investment group, in June agreed to buy bankrupt Saab.

Suzuki has already booked 12.8 billion yen, the amount of its investment in American Suzuki Motor, as an impairment loss, Mochizuki said without providing a timeframe. It has also allocated 9.7 billion yen for bad debts from the US unit for the first half of this year, the spokesman said.