March 22, 2016: Suzuki India, which recently announced CKD assembly of its Hayabusa hypersport motorcycle in India, is now offering the GSX-S1000 ABS naked sports bike with huge benefits worth one lakh rupees for a limited period. 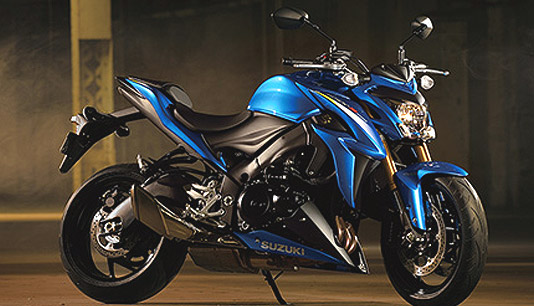 Valid till March 31 2016, the offer is on in Mumbai, Kolkata and Chennai while Delhi doesn’t stand to gain from this benefit. However, this offer is also not applicable on the GSX-S1000F ABS.

Along with a cash back cheque of Rs. 50,000, the Japanese manufacturer is also offering buyers a leather Kushitani riding jacket which is said to be worth Rs. 60,000. This discount and price of the jacket brings down the asking price of the GSX-S1000 to around Rs. 11 lakh.

The Suzuki GSX-S1000 was launched in India last year and also has a fully-faired cousin, the S1000F. Both the motorcycles get ABS as standard and are powered by a 1,000cc, 4-cylinder liquid-cooled engine which produces 144PS/105.60Nm.

This engine sends power to the rear wheel with the help of a six speed transmission.  The motorcycle, which has a fuel tank capacity of 17 litres, features a top speed of 241 km/h.

Priced at Rs. 12.25 lakh (ex-showroom, Delhi), the offer would benefit the buyer by more than Rs. 1 lakh. The naked sports bike currently arrives in India through the CBU route.

Suzuki may likely start local assembly of the GSX-S1000 and the GSX-S1000F in India given that they have a CKD assembly line for the Hayabusa now. If this happens, the prices could come down to Rs. 10 lakh range, which makes it a terrific value for money for a litre-class motorcycle.