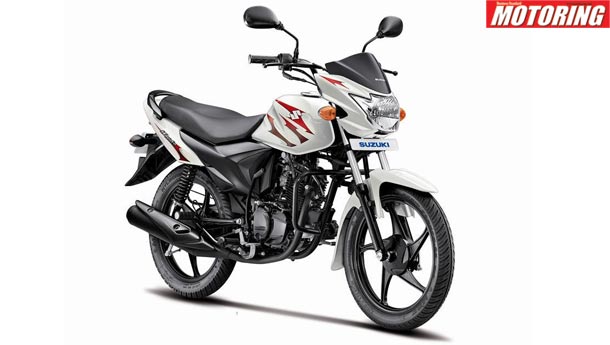 Two wheeler manufacturer Syuzuki Motorcycle Pvt Ltd has launched its new 112 cc mass segment vehicle Hayate in Pune on Thursday. With this, Suzuki is planning to shift its gear and aggressively eyes on mass motorcycle segment, expecting to sell about 10,000 units a month. The pricing for the Hayate starts at Rs 40,162 for the kick start variant and Rs 42,162 for the electric start version (both prices ex-Pune). The company is also planning to increase its share in motorcycle segment other than scooter market. Currently, Suzuki's ratio of selling scooters and motorcycle is 80:20 and it has targeted it as 70:30.

Speaking on this, Atul Gupta, vp, sales and marketing, Suzuki Motorcycle India Ltd said, " The 100-110 cc motorcycle segment is a promising market with tremendous growth potential, With Hayate’s entry, we intend to explore new opportunities and look at a larger market share in the two-wheeler segment. The launch of the Hayate is an opportunity to address emerging markets in small town clusters as well as semi-urban and rural peripheries."

He added, "Maharashtra is an important market for Suzuki Motorcycle. We see the Hayate securing a significant and distinct space for itself in the Indian motorcycle market by serving the needs of the first time motorcycle owner and people with regular commuting needs."

The company officials did not comment on the mileage only saying that it has a competitive mileage. It also plans to expand its dealership network from 300 to 400 by end of 2013. For brand building exercise,

Suzuki has singed Dabangg’ star Salman Khan as its first ever brand ambassador.