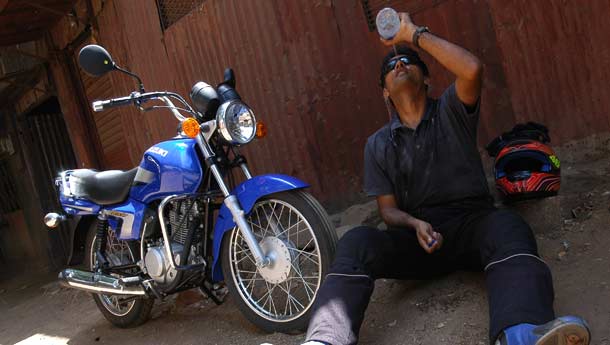 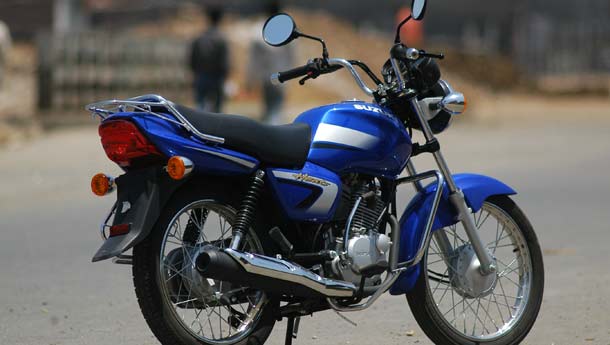 It’s only for the better that we motoring journalists don’t run motorcycle companies. I’d end up launching a single-minded 16,000cc in-line sixteen that’d be as wide as a pin, as fast as a rocketship, as expensive as a yatch and as practical as a horse in the middle of the ocean. It would look like Cindy Crawford with strategic enhancements, and everybody would lust after it, but no one would spend their money on it. On the other hand, if we could (I am suggesting it is not possible) think with our heads, we’d launch boring machines which everybody would want, and nary the hint of lust would enter the picture. But think of it like this. If I were to launch a brand for the first time, I’d stick my financial advisors in an oven on pre-heat and do the former anyway. I like big entrances, you see.

So obviously, I was gutted when I first laid eyes on the duo of motorcycles opening Suzuki’s second Indian epoch. My first reaction was, ‘Oh, they’re going to take on Bajaj with these?’ The brain kicked in with, ‘They’ve got to be pretty spectacular on the move for people to look past their, er... looks.’ Suzuki officials evaded every question in that typically foggy Japanese manner and repeated ad infinitum, ‘Suzuki products will represent what is possble in terms of quality. We will show the Indian motorcylist what he deserves in terms of quality. Our products will be the class standard...’ and so forth.

When I walked into the still-to-be opened Malad Suzuki showroom to pick up our test bike, I was dying of curiosity. What did Suzuki have up their sleeve? Why did I detect a thinly veiled smirk everytime I spoke to someone at Suzuki? I was going crazy. And given the sheer proficiency of the competition, they had to have something spectacular up their sleeve...

Even after I finally saw the Heat in natural light, my impression did not change. It looked well put-together and all of that, but it still looked er... old. The Heat looked quite broad and substantial and yet not unlike the sort of machines that’re popular in the entry-level segment today. In fact, some bits, like the rear splatter guard, were so broad that they dwarfed the 3.00-18 rear tyre and made it look under-spec. I got on. Same old, same old. The Heat feels familiar, but roomier. Comfortable, but not exceptional - uh-oh.   I started the motor and noticed that the choke was on the carb (why?). I went out for a spin and understood that I was on a rather special engine. Unlike the rest of the 125s, the Heat sports an undersquare configuration, with a very obvious benefit in torque. The smallest of clutch dips will cause the front tyre to jump to attention. And it should. Suzuki are claiming 1.04 kgm at just 3500 rpm, with a below-segment par 8.7 bhp power peak at 7000 rpm. The torque is delivered without fuss by a free-revving, refined, eager engine that’s typical of current day Suzukis in character. The gearbox was pretty slick as well, though our zero-mile test bike did show a couple of notches in some shifts. The motor feels unstressed and like it will last forever.

So the motor was good – so what? Suzuki chose a single downtube split cradle frame, with no-wozzat suspension, and fairly conservative suspension geometry. Which, all told, feels light, manouverable and stable in corners, but again, nothing that will have the competition sweating. The Heat proved more than able to jink past stuck cars, damp out potholes and generally feel calm, just like the engine. A word about the drums – the 130mms are only just adequate for the bike, the disc Zeus will be far better in that department.

The mystery was not resolving itself very well. The helpful chaps at the showroom did little to alleviate my what-it-is-itis. I reviewed my facts. Suzuki Heat. Good name? Check. Refinement? Check. Torque? CHECK. Reliability? Feels checked. Handling? Yes, stable and adequate. Ride? Good. Braking? Yes. But the questions remain unanswered. How was Suzuki planning to make a game of this? No alloys. No styling flair and very little by way of decals as well... what was I missing?

Finally, I gave up and called Suzuki once more. After a little glib persuasion, the trick up the sleeve finally revealed itself. Heart patients and expecting mothers exit here, please. Suzuki will sell you the Heat, not an exceptional motorcycle, but not bad at all either, for just Rs 37,900 ex-showroom Delhi. That’s the sort of situation where editorial licence should permit the entry of an f-word.

How low is that? Get this. The Bajaj Discover 112 is priced at Rs 39,519 ex-showroom Delhi. That makes the Heat Rs 1500 less than a competitively priced 110-odd cc bike! The chap from Suzuki said, ‘We want the customer to be able to get a full-fledged 125cc motorcycle for the cost of a 100cc machine, without making any compromises.’ He went on to add that the Heat did not currently have claimed fuel efficiency or performance figures, but 65 kpl would be possible under almost all conditions.

As I returned the bike to the showroom post ride, I could only think, ‘Oh, I get it. They’re going to take on Bajaj with these...’