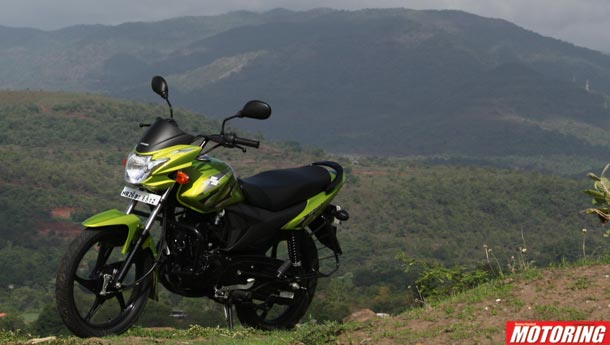 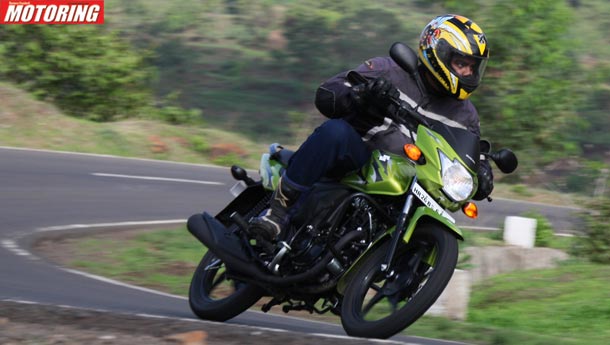 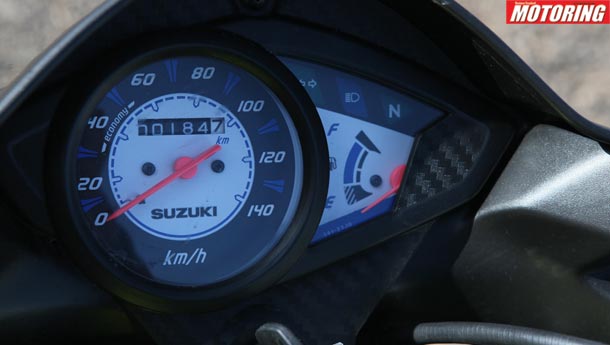 The Hayate is Suzuki's debut in the rather lucrative mass commuter market and the company seems to have immense faith in this motorcycle.

Powered by a 112.8 cc 8.5 bhp motor coupled to a 4-speed gearbox, the Suzuki makes its power at mid range revs. A standstill to 20 kph burst is accomplished in 2.2 seconds, while a 0-60 kph run is achieved in 8.3 seconds. The engine is refined at low revs but when pushed hard, tends to get a bit vibey.

The gearbox shifting is slick and effortless. However, the shift pattern is of the all down variety, making it extremely annoying on the move and potentially dangerous as you could very well select neutral instead of the first gear unknowingly.

Riding comfort is good for those short in the inseam but for taller riders like yours truly, the handle bars are too pulled back and the tank recesses simply couldn't contain my knees.

Ride quality is great in terms of a commuter - soft and accommodating on bad roads.

Around corners, the Hayate is a neutral handler but the Suzuki could really do with grippier tyres.

The Hayate has to make do with drum brakes at either end, which is unfortunate especially since the front stopper is both numb and not very progressive with its bite.

Fit and finish of the plastics are pretty much on par with the competition, although the welds on the frame look like the work of an amateur.

Priced at Rs. 41,504, a whole 6,500 rupees cheaper than the Dream Yuga, the Hayate makes sense to those on the look out for a commuter but within a very stringent budget. For everyone else, the Dream Yuga seems to be the better motorcycle, but not by much.