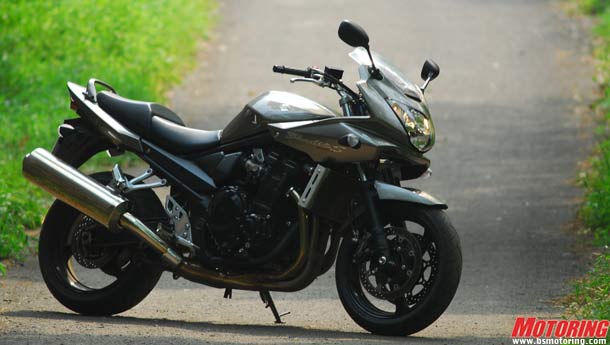 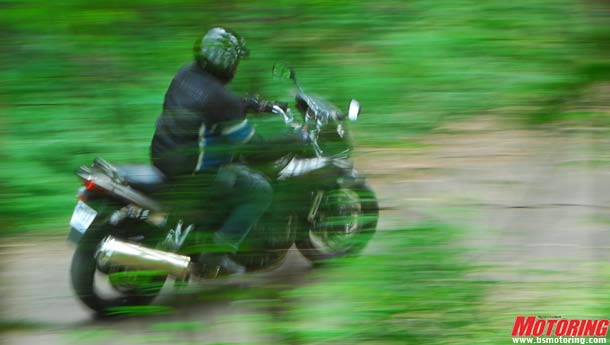 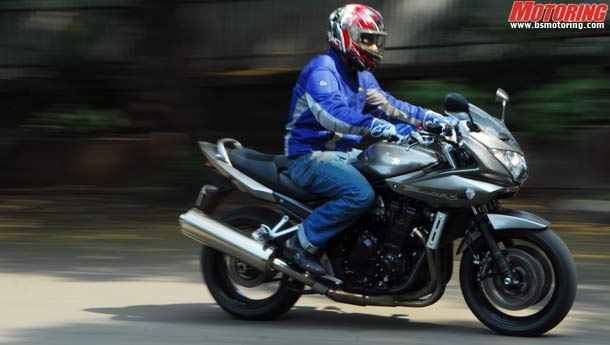 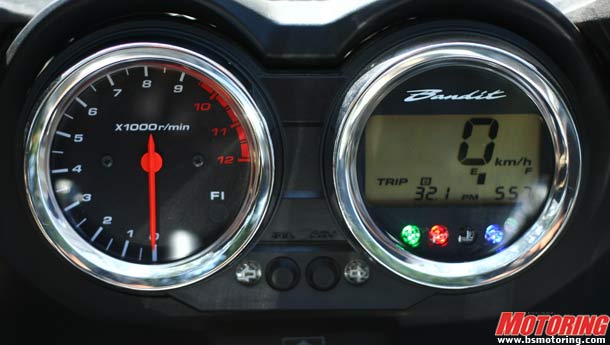 Big bikes are it. They simply have everything it takes to put that spark in your everyday existence, to sway that magic wand and turn even the most bloodless of souls into the swift, life-inducing joy that is a yellow butterfly on a sunny morning. Ride a powerful set of two wheels even relatively fast and your whole sense of what’s what in the automotive food chain and just ‘how fast is fast’ changes as quickly as the snap of the fingers. However, all said and done, those manic examples of horsepower excess are way beyond what most of us can use, much less exploit. The upgrade in performance is as drastic as handing a caveman a light sabre and a water cannon, all to take on the hapless bunny merrily chomping away in the shrubbery. So, then, what I’m going to propose to you in the following lines might sound a bit unadventurous at first, maybe even boring and sluggishly practical, but you won’t deny by the end of it that it’ll make good sense.

I want those fairings on a motorcycle. I want that 200 horsepower liquid-cooled monstrosity that will effortlessly pull arms right out of their respective sockets. I want that race-tuned chassis that Ben Spies slides around effortlessly on Sunday afternoons. I want it all. It’s as natural as wanting Catherine Zeta Jones. And why not, when you can put down that wad of greenies on the table and ride one home? The bike, I meant. (Zeta Jones? You wish!) But take a look at this one. If the Gixxer Thou is Zeta Jones, the Bandit is the sweet girl that lives next door. What we have here is not exactly supermodel-material, but lovely enough to question the need for one. She has her priorities sorted for the real world. So,while the stunning piece of eye candy will eventually throw a massive tantrum outside the shop over that Swarovski diamond set, slap you for not making enough to afford a Riva yacht and call you a loser for the hours spent on the Playstation, our real-world charmer will let you have all the fun with almost none of the niggles. Sounds like a deal?

On the face of it, and in terms of specifications, if you know the big bike lot, you’d find nothing particularly impressive. The Bandit 1250S that dominates the pages here displaces 1255cc, develops 98 horsepower, has four big cylinders, liquid-cooling, fat tyres... all the equipment levels we’ve come to expect these days. But what this bike really is about is torque – cargo ships full of juicy, usable and smoothie-smooth turning force that gets this big lady darting towards the horizon like a gazelle. That big fat hunk of metal wedged into the chassis makes 11 kgm of torque, from 3700 rpm onwards, with delivery as sweet and creamy as Hershey’s chocolate Kisses, courtesy the balancer shaft. The benefits are everywhere – right from effortless high speed cruising manners on the wide and open road, to snatch-free, controllable power delivery in the twisties. Not to mention hassle-free commuting abilities. Downshifting, on this motorcycle, is sort-of optional. Really, it has that much shove. The earlier carburetted Suzuki motor was best described as magic, and I would say this fuel-injected one isn’t anything less. Launched right, it will nail 100 from 0 in the 3-4 second bracket – if you’ve got the cojones to launch so aggressively – and go on to a top-speed in excess of 240 kph. There’s proper, supercar-thrashing acceleration on offer here, coupled with lusty roll-on forward progress. Aboard this thug of a bike, 80-150 kph is all but a tug and a whoosh. That’s right. We never said it was slow, we just said it was more practical. There is a point where the two meet and boy, is that spot sweet or what?

One glance at the pictures tell you that the riding position is upright, the bars being reasonably well positioned, quite a deviation from the butt-over-the-head-level posture of the racy kind. It opens up a whole new world for the motorcycle and the rider – the motorcycle now allows for the rider to do more than just focus on one aspect – knife-edge handling. The heft, all 240+ kg of it, demands some attention at first, but as the kilometres and hours on the bike blurred past, the ability of the Bandit to hide its healthy weight figure effectively got more apparent, leaving me impressed. Agile wouldn’t be the word I’d use to describe handling, though usable and enjoyable it definitely is. The test unit we had had some difficulty turning in at slower speeds, the front feeling particularly odd as you leaned it in, but we’ve ridden big Suzukis before and suspect that it’s a one-off shortcoming. When the clocks are doing significant speeds, the Bandit holds its highway line like a good Japanese soldier should.

One thing you shouldn’t do when setting eyes on the 1250S is to call it a Karizma or a Pulsar. It’s a typically Indian routine that you can experience whenever our abundant population and this bike run into each other (read everywhere). I could almost imagine this big fast lady standing miffed at this comment, by the corner, waiting for an apology which is never coming. It laid down the design foundations for all the lesser semi-faired motorcycles and that in itself is a testimony to its perfection. I, for one, absolutely adore the design. It’s not the sophistication here that impresses; it’s the simplicity and proportions of both the sum and the parts. The burly block of metal in the centre dominates matters, further enhanced by the smart fairing, which is just right for the rest of the design, and an exhaust canister humongous enough to use as a rain shelter. We would gladly ditch the chrome rings around the meters, slap some paint on the forks (trendy golden coats, maybe?) and even snap on a better looking handlebar, if we were at the design table.

Versatility is yet another factor that is hard to overlook in this motorcycle. It’s like having an investment banker (who doesn’t lose all your money), an athlete and an adventurer all rolled into one superhuman entity. Here’s a motorcycle that you can tour across India on, enjoy a fast blast to the office or even show it some twisties on the weekends – all this while being comfortable, fast and unstressed. On bad roads and good, the big Suzie holds its own. The suspension, optimized for comfort rather than handling, works beautifully for India, gobbling up our post-monsoon roads with aplomb and saving your derriere in the process. And here’s the sweetest part of the pudding – such a versatile motorcycle will cost you about Rs 8.5 lakh (ex-Mumbai) and even the glummest of critics would agree that Suzuki is making you an offer you can’t resist. That too, without any Godfather-style fireworks involved. That’s a hefty ` 4-lakh – on an average – cheaper than your litre-class bike, fat cuts to government dearest included. Little on this bike can be termed as exotic and that’s where the point lies. It refuses to move away from its big, functional simplicity. You’re looking at the rogue that ushered in the whole powerful yet usable streetbike segment and I tell you what, even in the swarm of Bandit impersonators, this is still one of the best big-bore shotgun-slingin’ outlaws you can put your considerable riches on. Kapeesh?