After revealing the all-new Alto Kei hatchback last week, Suzuki has now released the first pictures and information about its sportier version, the Alto RS Turbo. The model is a turbocharged version of the standard Alto of the Japanese market, and will be fully making its debut during the Tokyo Auto Salon in January next year. 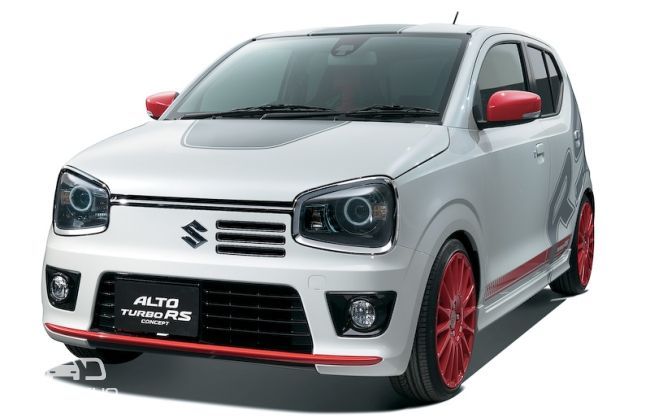 This isn't the first time that Japanese carmaker has injected some performance flair into its tiny Alto. In the late 80's and 90's, Suzuki sold the turbocharged Alto Works in the Japanese market with both Front Wheel Drive (FWD) as well as Rear Wheel Drive (RWD) option.

Based on completely new platform, the car is almost 60 kgs lighter than its predecessor. Propelling the car is the same 3-cylinder, 660cc petrol engine that comes equipped with a turbocharger, though details about the power output or torque figures are yet to be revealed. Just like the standard model, the performance-oriented model also will feature a five-speed manual, or a four-speed CVT gearbox. 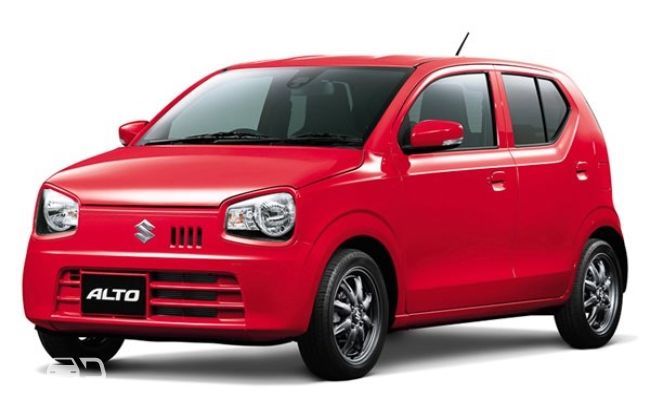 In terms of exterior tweaks, the RS will get 17-inch alloy wheels, accents for the bumpers, mirror caps- all painted in red. While Recaro seats, use of chrome up front, and 'RS' body stickers add to the sporty looks of the car.

The Suzuki RS Turbo is next in the line to join quick sporty Kei cars in the Japanese car market, with players like Daihatsu Charade Turbo and the Mitsubishi Colt Ralliart.