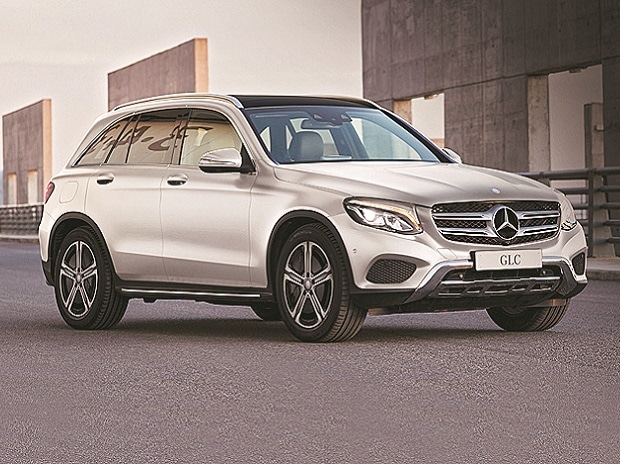 The trend of steep growth in demand for sports utility vehicles (SUVs) is not just limited to the mass market for passenger vehicles. Affluent buyers of luxury cars are also demonstrating a rising preference for these vehicles that offer a stronger road presence, greater comfort and safety.

Luxury carmakers are seeing a strong demand for SUVs in an otherwise sluggish market.


“SUV is the strongest growing segment from our perspective and enquiries remain strong. For us, the volumes of SUVs grew by 50 per cent in 2016. As of now, about 40 per cent of our sales come from SUVs,” said Roland Folger, managing director and chief executive officer at Mercedes Benz, the country’s biggest luxury car player. Mercedes sold 13,231 units in the Indian market last calendar year against its best-ever annual volume of 13,502 units in 2015.


The growth of SUV sales in the luxury car market is identical to the strong growth seen in the mass market for passenger vehicles. SUVs are the fastest growing segment in the passenger vehicle space. Unlike cars and vans which are struggling to post high single-digit growth, SUVs are clocking a high double-digit growth. In the first nine months of FY17, domestic sales of cars and vans grew at 2.4 and 1.7 per cent, respectively. SUVs stole the show with 33 per cent growth.


People are reacting to SUVs much more than traditional sedans across the age group. “Many now prefer SUVs due to its sitting position, which gives you better control. We have seven models in our SUV range. Such a range is not there with most players in the mass market,” said Folger.


Interestingly, most of the luxury SUVs are diesel-powered but the segment saw little impact of the uncertainties arising out of the eight-month-long diesel ban (lifted in August 2016) in the national capital region.


The other two leading luxury carmakers did not share specific numbers related to SUVs but maintained they were witnessing a strong demand for these vehicles.


“The demand for our cars, including SUVs, have grown in the last couple of years. Spurred by the demand for our SUVs, we are now locally producing all our ‘Q’ range models (Audi Q3, Audi Q5 and Audi Q7). A popular choice of Bollywood celebrities and big industrialists, the Audi Q7 paved the way for the luxury SUV market,” Audi said in response to a query.


BMW has launched a range of SUVs in the past one year. “Luxury SUVs are gaining popularity among Indian customers due to a variety of reasons. Where the road conditions are not good, a sturdy vehicle with increased ground clearance plays an important role in navigation,” said a company spokesperson.


BMW India sales grew 14 per cent in 2016 to 7,861 units. The companies said the demand for luxury SUVs was stronger in markets of North India such as the national capital region and states such as Punjab and Haryana.

Into the fifth gear Mercedes-Benz saw a 50 per cent growth in SUV volumes Merc now gets its 40 per cent of volume from SUVs, helped by new products Audi, BMW also see a stronger demand for SUVs Mass passenger vehicle growth also driven by SUVs