SUV is the buzzword in Motown 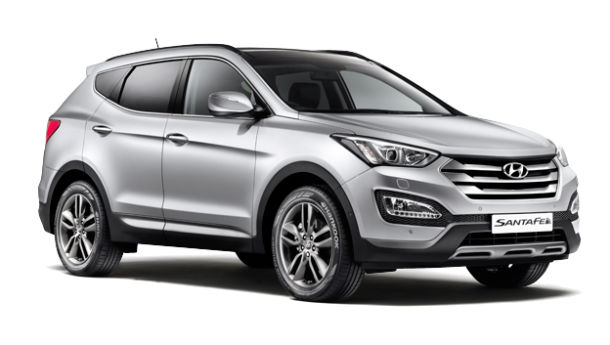 At least a dozen automobile companies are thinking big – literally – in the new year. The demand shift from compact cars to spacious multi-seaters (MUV) and stylish sports utility vehicles (SUV) has forced every car maker to fast track their blueprints for compact and mid-sized SUVs and MUVs.

The new concepts on offer range from SUVs not lengthier than the Fiat Punto, to compact people carriers, to stylish mid-size SUVs and large SUVs.

Companies, which are primarily known to be strong car-making brands such as Maruti Suzuki, Hyundai and Fiat are also aggressively pursuing opportunities in the utility vehicle space. And those who had missed out on the demand boom for small cars four years ago – companies such as Volkswagen, Renault, Nissan, and Honda — are not far behind. Traditional market leader Mahindra & Mahindra would not sit quiet either, with a series of launches lined up in the next few years.

The success of recent launches like Renault Duster, Mahindra Quanto, XUV500, Tata Safari Storme and Maruti Ertiga has obviously prompted other companies to jump on to the bandwagon.

The excitement is understandable.

The share of UVs in the passenger vehicle space in 2005-06 stood at 15 per cent, this has grown to 20 per cent in 2012. Presently every fifth vehicle sold in India is a UV. While the car market has grown at just one per cent, utility vehicle sales have jumped by 62 per cent so far in 2012.

In the first eight months of the year that just ended, the UV industry sold almost the same number of vehicles it did in the whole of the previous year.

Thanks to extended families and tendencies to travel in groups, many analysts feel that India will witness the same boom in demand for such vehicles as was seen earlier for compact cars.

Mahindra has been the leader in the UV space for the past several years with a 47.5 per cent (as of November) market share. The company, which bought controlling stake in Korea’s SsangYong Motor Company, is developing mini-and mid-sized SUVs for itself and large SUVs for the Korean company.

With the launch of so many products, the market share of M&M is expected to be hit, though the company is not too concerned about it. It presently has six products in the UV category, the maximum by any manufacturer.

Pawan Goenka, president (automotive and farm equipment sectors) Mahindra & Mahindra, says, the UV segment will grow next year also at a faster pace than that of the industry. “Therefore, the market share for a company like Mahindra will definitely come down. But volumes will grow. In any case, when you have so many players coming in, it is impossible to have 60-62 per cent market share”.

Goenka says losing market share isn’t a problem in an industry which is growing at 50-60 per cent. “If we had not invested in 2008, we would have been crying today. That investment in products such as Quanto and XUV500 is paying dividend today,” he adds.

A Morgan Stanley report says global manufacturers are increasingly shifting their focus to the Indian UV segment because the average selling price are higher, competition is lower, and profitability is better. This is much better than fighting in the overcrowded hatchback segment.

Companies like Fiat is developing a new platform for mini- and mid-sized SUVs which will be branded under Fiat and the upcoming Jeep brands.

Even Honda, which has carved out a strong position for itself in the sedan space with the City, has evinced interest in the UV category.

Hinori Kanayama, president and chief executive, Honda Cars India, says, the demand for MUV or SUV will increase. The company hasn’t finalised anything but is exploring the option of a launch in this segment.

“India is a unique market therefore we may have to, like Brio, develop a car for the Indian and emerging markets. Using one of the existing platforms is one of the options to reduce the development period,” he says.

Going by the speed of competition, Kanayama doesn’t have much time left.