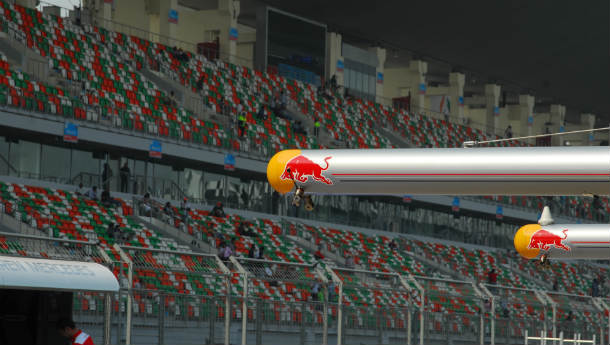 When the roar of the V8 engines stopped, the air still reverberating with the glorious sound of 24 Formula 1 cars hurtling down the main straight of the Buddh International Circuit, it had already begun. In not so hushed whispers people began talking about a poor turnout at the second edition of the Indian Grand Prix, quickly doing complicated mental calculations the likes of me cannot manage even with all fingers, toes and a calculator to help. But there were a few numbers that even the mathematically challenged could process - one being that a turnout of  around 65,000 this year, as opposed to the inaugural GP’s 94,000 was rather poor. Somehow this statistic neither surprised nor bothered me.

Let’s rewind to 2011. Strolling down the paddock of the BIC during the first Indian GP, it was more than evident that not everyone who was in the paddock was there with good reason. There were PR people trying to lure you into interviews you didn’t want to attend, marshals out seeking autographs instead of actually focussing on the job they’d been recruited to do, and anyone else who had managed to pull a few strings and gotten a paddock pass. This was partly down to the fact that it was the first ever Indian GP and everyone, F1 enthusiast or not, wanted to be trackside. And also partly because it seemed like the timing of the event was perfect (a fact that was first brought to my attention by a French photojournalist who happened to be sitting at the same table as me during lunch). The holidays for Diwali coinciding with the race meant that people were truly free. If flight tickets were too expensive, train tickets would do, even though the journey might have been longer.

However, the lack of a crowd at the 2012 edition of the event set tongues wagging. Let’s not immediately jump to the conclusion that the race was a damp squib. It was, in fact, quite the opposite. And the 65,000 people who made it to the BIC on the 28th of October 2012 were not only enthusiasts, but also an indicator of what to expect over the coming years. Oh yes, F1 is set to stay in India - JPSI (Jaypee Sports International Limited) has a contract with Formula One Management (FOM) to run the Indian GP right until 2020. And while other circuits like Bahrain and Turkey were dropped from the F1 calendar, there is a very good chance India will stay put. The reasons behind this are begin with the racetrack itself.

Designed by Hermann Tilke, the Buddh International Circuit is already something of a driver favourite. The circuit features the longest straight of the current Formula 1 calendar. It is also the second-fastest of the current tracks, second only to the historic Monza circuit. Add to that an interesting track layout that makes for some fast and exciting driving and it would appear that we have a winner on our hands. While several other Tilke-designed tracks have been accused of not having a rhythm to them and instead being point and squirt tracks, there’s been no cause for concern with the BIC.

Add to that the fact that the initial niggles of running India’s first ever Grand Prix in Greater Noida had been smoothened out a year later and things are looking even better. You see, when the racing kicked off at the BIC a year ago, the track was essentially in the middle of a construction site. This meant there was dust everywhere, and the surface of the track lacked grip - a fact that was confirmed when drivers started spinning and sliding all over the place. But JPSI made a concerted effort to remedy this, planting 1 lakh saplings around the track to reduce dust. They also modified the kerbs in several sections to ensure drivers had less margin of error, which meant the battles on track would be better. Add to that the fact that the hoopla surrounding F1 had died down a little, the sport functioning a little more like the well-oiled machine that it is, and things seemed to have been taken care of in terms of the sport itself. You can be rest assured that the people flocking to the BIC in the years to come, will be doing so purely because of F1 as a sport.

And let’s not forget what sets India apart from those other countries whose F1 efforts came to naught. Interest in motorsport genuinely does exist in India, even if it is niche. Remember those old abandoned World War II airstrips that were converted for racing as far back as the 1960s. Barrackpore, where a Formula 1 car first made its appearance in India in the 1970s; Alipore; the Juhu Airstrip; Yelahanka which hosted the Bangalore Grand Prix, once won by the famed Tiff Needell and, of course, Sholavaram - the most revered name of them all. Whether or not it garners the sort of attention more popular sports do, there is no denying that there is a circuit racing culture that still exists in India (admittedly most of it is down South at the Madras Motor Racing Track in Chennai and Kari Motor Speedway in Coimbatore).

But just having a Formula 1 circuit and hosting a race on the track once a year is hardly enough. In order to drum up excitement for racing in India, in a part of the country that hasn’t been exposed to too much of it, there is plenty to be done. Races must be held on a regular basis - whether it is rounds of the National Racing Championship or other international motorsport events - the track must be kept busy. More focus on motorsport and more awareness about it will lead to a greater interest in F1 as well.

There’s an old saying - to go fast, first you must go slow. And so it shall be with India and our F1 connection as well.