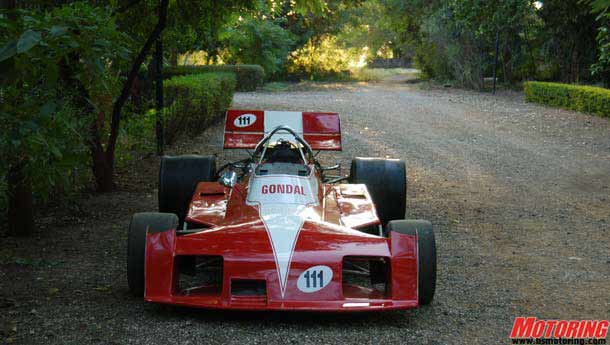 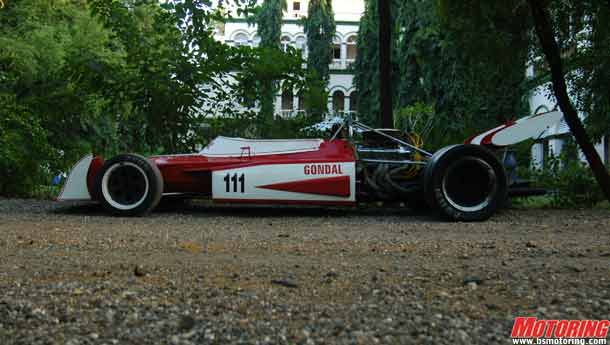 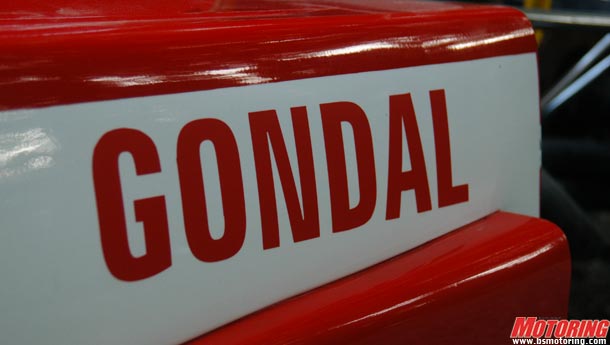 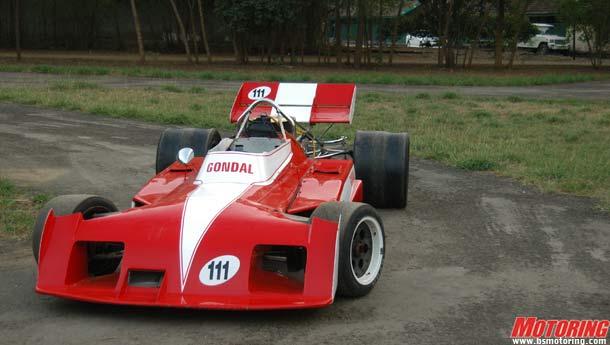 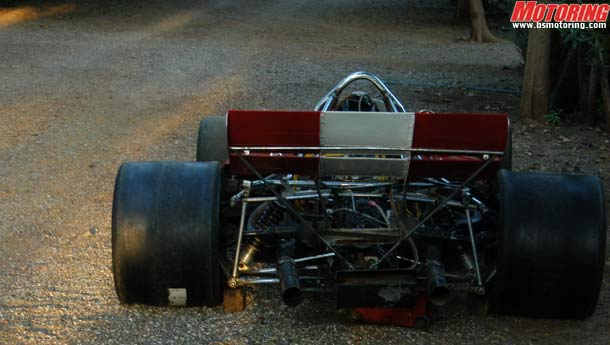 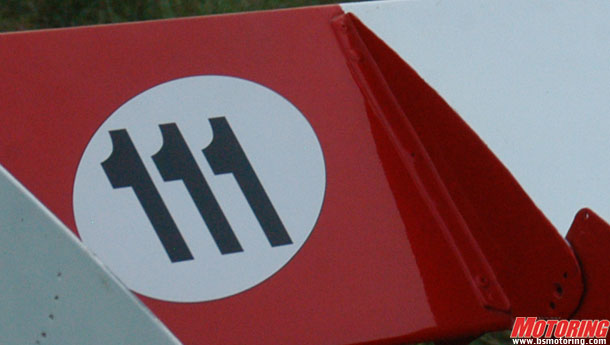 More often than not, families have skeletons in their closets. When you’re at the Orchard Palace in Gondal though, what could come hurtling out of a closet is something far more dangerous. If it catches you, it’s likely to plough you down. But you’d still die believing  you’re the luckiest sod that ever walked the earth, because more hallowed metal couldn’t have killed you. All of this occurs to me as  I’m climbing into the cockpit of the car. Not any old car – I’ve just hoisted myself into the cockpit of the Surtees TS11 002, a Formula 5000 built in 1972. Goosebumps.

Ostensibly, the only reason I’m in there is to take photos of the pedals of the car. What’s closer to the truth, though, is that I’ve just  made two rather tiring bus journeys merely to be in the presence of this very machine, so sit in it I must. I stretch my feet in the cockpit only to find they are a good six inches away from the pedals. If wishes were inches, this one I someday might drive.

The minute and a half that I’m sitting there, I’m transported back almost four decades. My vision turns sepia, and I can feel the presence of a dapper little man next to me. He tinkers with the car a little, a quick tweak here and a screw tightened there. For good  measure, he takes it out onto the track for a rubber-shredding lap, and posts a blisteringly fast time as his shocked greasemonkeys get their jaws down. John Surtees. More goosebumps.

Yuvraj Himanshusinhji of Gondal, who has been kind enough to let me come down to his palace to have a look at the car, seems rather pleased with the effect it’s having on me. It’s the effect that this Formula 5000 has on most people. We decide to take the car out onto the highway to shoot it on some tarmac. Within seconds of being there, we’re surrounded by at least fifty people. Truckers are slamming on the brakes of their overloaded monsters, craning their necks just to catch a glimpse of her. We don’t blame them.

Just look at her. The broad front wing, hammerhead nose and low-slung body seem to lure you into coming closer and she’ll do you no harm. Like a finely wrought sword, the Surtees TS11 is beautiful and inviting, but menacing and lethal all at once.

No wonder, then, that the late Maharajkumar Ghanadityasinhji, keen racer that he was, decided that this was the car for him. One of  only four cars built by John Surtees himself, the TS11 002 won the British Formula 5000 championship in the UK in 1972, piloted by Gijs Van Lennep. Over the next few years, the car’s steering wheel was caressed by different race gloves. It was used for sprints and dashes at hill climbs in England. But ‘Ghanu’, as the Indian motorsport fraternity fondly called him, had his heart set on this very car.

So off he went to England, put down some cash and came home with her. She looked almost bride-like, liveried entirely in pristine white.When she took to the racetrack in India though, the car was painted in the characteristic red livery of Gondal – the colours you still  see on her today, standing there on the sun-dappled driveway. And then I’m told stories of her first race. Of how when rival cars were  still just about rolling off the starting grid, she’d already made it to the first corner at Juhu. Tales of how she’d decimate all opposition at racetracks across the country, whether it was Juhu, Barrackpore or Sholavaram. And of course, tales of how she won the All India Grand Prix at Sholavaram twice, even managing to beat Vijay Mallya’s Ensign F1 in one race.

But this car certainly wasn’t for the faint of heart. Switching through the gears from first to third, the worst possible thing you could do was get one hand off the steering wheel. The speed at which you were travelling, combined with the g-forces the car threw up, would result in some orthopaedic rearrangement, rendering your hand useless for a little while. After third gear, if the Surtees so permitted, you might just be allowed to take a breath.

Peacocks saunter through the palace grounds at Gondal. When the Surtees TS11 fires up her 5000cc engine, I’m told the shriek drives the birds deep into the woods. They won’t come out till the beast is gone. Unfortunately for me, I don’t get to hear the roar of that 5.7-litre Chevrolet engine when I’m at Gondal. For now, the Surtees rests. But someone who recalls hearing the sound as the car made its way over Sholavaram’s T-shaped track describes it as ‘the growl of the American V8’. This is a sound that has stuck in his  memory since he heard it as a little boy, years before he became the Narain Karthikeyan the world knows today.

Little has changed on the car with the passage of time. In fact, this 5000 is still nearly stock – the only major alteration being to the radiators which were made larger to help them cool better in hotter Indian climes. The tyres have been changed from the original 15-inch Goodyears to Avons, which have proved easier to find. Other than that though, when parts were needed, only original spares were tracked down, procured and fitted on. The TS11 002 is nearly the same today, 38 years after John Surtees waved goodbye to her.

Back in the day, Ghanadityasinhji would race to win. And wherever he went, there’d be people rooting for the ‘111’ red and white car from Gondal. ‘Racing against Ghanu was a real pleasure – he was a revered soul at the racetrack,’ says Vicky Chandhok, who remembers being rather enamoured by the Formula 5000 when he first saw her.

Eventually though, with the changing rules and engine capacity being limited to three litres, the Surtees TS11 002 wasn’t allowed on Indian tracks. Now she’s back in Gondal, but still doing the speeds she did in the 70s and 80s. Speeds like 210 mph (336 kph) at 5500 rpm. And times that are even more hard to process – 0 to 60 mph

(96 kph) comes up in 3.2 seconds. Zero to 140 mph (that’s more than the double tonne) in 7.5 seconds. This is a car that you can’t picture parked in any old garage. The palace really is the right setting for the Surtees TS11.

The car stands before me in the glow of the sunlight, with an empty stretch of road before her, like a monster restrained by invisible forces, yearning to howl her way down the stretch, destroying anything that might be so foolish as to stumble across her path.

That’s the sight of the Surtees TS11 that’s imprinted in my head. That, and the image of one man who built her in the UK and another who proudly raced her in India. Special thanks to Yuvraj Himanshusinhji for allowing us to spend precious time with his priceless car.