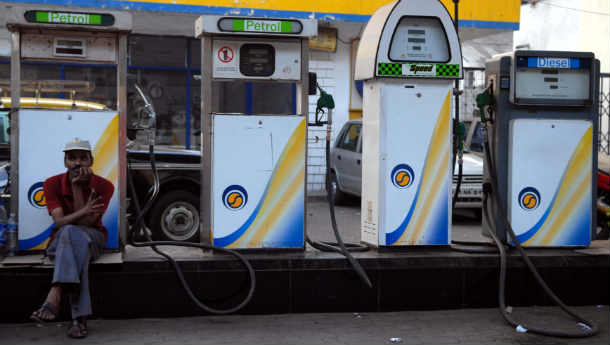 Just as diesel transformed the automobile industry in India over the past year, thanks to its considerable price differential with petrol, compressed natural gas (CNG) is now enjoying its day in the sun. The six sharp spurts in petrol prices have doubled the demand for vehicles run on CNG in the year.

Maruti Suzuki, the only manufacturer offering factory-fitted CNG variants across its portfolio of small cars, sedans and utility vehicles, has seen volumes from CNG vehicles shoot up from a monthly average of 1,700 units to over 4,000 units over 18 months.

“Despite the limited number of dispensing stations, sales of CNG cars have been on a rise. The running cost of a CNG car is a third of that for a petrol car, which is making an increasing number of customers opt for the fuel variant,” said Shashank Srivastava, chief general manager (marketing), Maruti Suzuki India Ltd (MSIL). The company has CNG variants of the Alto, WagonR and Estilo small cars, the multi-utility Eeco and the Swift sedan.

CNG cars are priced 15-18 per cent higher than the petrol variants. For a car in the premium hatchback category, a diesel variant would come at a premium of Rs 1,10,000 and the cost of a CNG variant would be higher by Rs 45,000 over the petrol variants. The running costs of a CNG vehicle is the lowest, at Rs 1.61 per km, a a third cheaper than the Rs 4.45 for operating a petrol-powered car for a km, and a little over a fifth cheaper than running a diesel vehicle. This has led to increasing acceptability of CNG vehicles in places such as Gujarat, Maharashtra and Delhi, where the fuel is available.

In Delhi, 40 per cent of WagonR sales have started filtering in from the CNG variant, up from the 10 per cent in 2010. At General Motors, CNG variants account for a little over two-thirds of sales of the Chevrolet Aveo sedan.

Taking the cue, Korean auto major Hyundai has introduced CNG variants of its small cars, the Santro and the i10, and the entry-level Accent sedan. The company has seen CNG models pick up by 81 per cent in 2011. Hyundai sold 5,242 CNG cars in 2011 as compared to 2,904 units in the previous year. Sales of CNG cars till May this calendar year has remained as firm, at a little over 3,000 units.

P Balendran, vice-president, corporate affairs, General Motors India, said, “There has been an improvement in sales of the CNG variants due to the increase in price of petrol. Demand, however, has remained subdued because of infrastructural botlenecks.” CNG is currently available in 650 stations across 52 cities, covering about 35 per cent of the automobile market in India.

Abdul Majeed, partner and leader, automotive practice, PricewaterhouseCoopers, said, “There is increased consciousness today about fuel-efficient and eco-friendly cars. Customers are concerned about the cost of ownership of vehicles. Oil prices will only rise. If infrastructure is put in place, CNG-driven cars would be a viable option.”