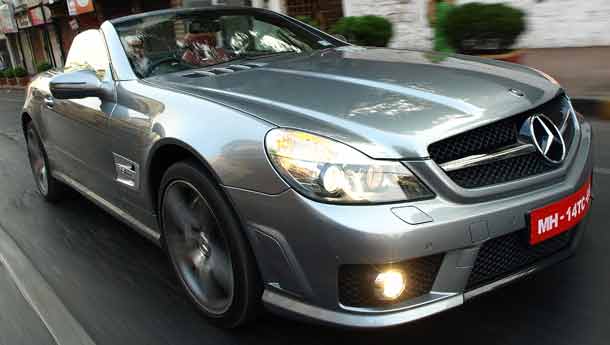 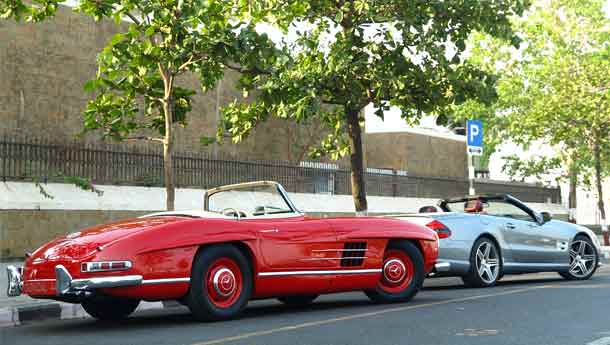 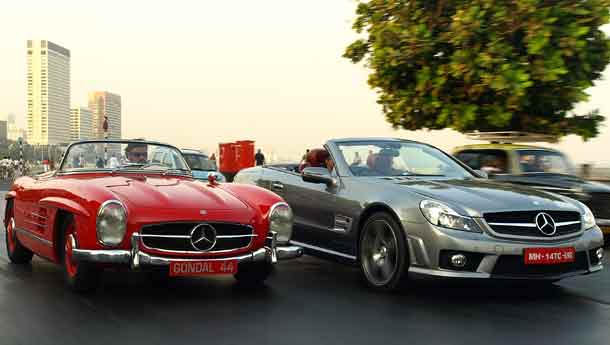 Where does history end and legend begin? The alphabets S and L, when affixed to a car wearing the three-pointed star, give it an aura. But that’s something we know now. Well over 50 years back, when the words Sport and Light were tagged to a racing Merc known internally as the W194, the automotive world did not suspect a thing. After all, Mercedes-Benz was getting back to motor racing after being devastated by the Second World War. So the car they built was a temporary effort; time was short and there wasn’t much money to develop a proper racing car. It was an ad hoc machine with which they could compete, before they prepared a proper Grand Prix car to fit into the new regulations that were just around the corner. And what an ad hoc machine the 300 SL turned out to be!

Placing second at the Mille Miglia in 1952 was just the beginning. Records began to fall as the 300 SL went on a rampage at the Carrera Panamericana, the Le Mans 24 Hours, at Nurburgring, at Berne and many more gruelling races. The competition should have just looked back at Mercedes-Benz’s past to know that this Stuttgart firm could not be trifled with. Wasn’t this the same manufacturer that produced the S, SSK, SSKLs? Yes, though no one has told me this, I can draw the lineage of the SL all the way back to those deadly pre-WWII machines.

But here is history being made. I don’t know how many people have seen these two cars together – the direct descendant of the W194 racing legend and the latest, most powerful version of the SL. Okay, there is the V12 SL 65 AMG Black, but hello, allow me this boastful poetic licence. What we have pulled off here is amazing, by any measure. Thank you, thank you (accompanied by deep bows). No really, it was nothing, thank you.   If you expect me to say how so many things are similar between the two machines, perish the thought. Except for the SL badge and perhaps those air vents on the front flanks, there is not much in common between the two. Fifty years have intervened and diluted what SL stands for. Okay I’ll admit, one half of the SL. With 525 hp on tap, S for Sport fits perfectly fine on the AMG, but L? No way. The new machine tips the scales at 2,225 kg, so it’s anything but Leicht – in fact, as our resident number cruncher Rohin says, it’s heavier than the ML! That’s the price of progress, I guess. Since the car’s so heavy, you have to endow it with powerful engines, right? (On a related note, you must read Nick Hall’s Donkervoort story in this issue). Anyway, let’s see how the two SLs compare when it comes to their power-to-weight ratios: 157 hp per tonne for the old one as opposed to 236 hp for the AMG. If not for that whopping horsepower from that V8, the AMG would have been embarrassed over here. The positive signs of progress of course are the performance timings: 0 to 100 kph comes up in 10 seconds with the historic car, while the AMG does the same in just 4.6! 50 years of progress to shave 5.4 seconds off... doesn’t sound so impressive when I put it that way, right? But the SL 63 is seriously impressive, that’s for sure. A nice touch is the way the speedo and tacho needles rush to the stopper and come back before the V8 roars to life. Yes, it roars. It’s such a marvellous piece of sound engineering that the Harman Kardon becomes instantly redundant. Displacing 6208cc, the normally aspirated V8 celebrates its own existence of being an IC engine by developing 518 bhp at 6800 rpm and 64.24 kgm of torque at 5200 revs. Floor the throttle and the rear tyres scramble for traction and the SL 63 slides its colossal but gorgeous rear as the rubber finally bites and pushes the car ahead.

The SL 63 AMG is frighteningly fast but you never feel that you are not in control. The steering is perfectly weighted and is brilliant to hold. It gives you perfect feedback, but not in the sense of one of those bare-basic sportscars that Nick drives. Here it is meaty and you feel quite masculine with the fact that you are piloting something big and fast. If I could distil the essence of the SL legend in a few words, it would be mind-numbing power with total control. The brakes of the AMG are also fabulous; it sheds speed so efficiently and magically that I was left wondering whether that 160 kph displayed on the speedo moments ago was an illusion. The other aspect of being in total control was of course the AMG sports suspension which is based on Mercedes’ Active Body Control. It can be tuned to your requirements at the touch of a button. I was happy driving it in Sports mode all the time, where it takes curves without a hint of roll as well as making the bulk of this massive roadster disappear.

And if you are at a track, you could even switch ESP off... where’s a track when you need one? Especially since the SL 63 AMG comes equipped with a Race Start function – it is essentially launch control, and that prevents time consuming wheelspin when you are taking off. The car simply takes off like a rocket in this mode and if you have the track, you could keep pushing down the pedal to attain its electronically limited top speed of 250 kph (of course, if you are clever and have the money, you can pay Mercedes-Benz a few thousand Euros and remove the speed limiter). The SL 63 AMG comes with the Speedshift MCT (Multi-Clutch Technology) 7-speed sports transmission, which essentially means you are spoilt for choice in terms of how you want the power transferred to the rear wheels: Comfort, Sport, Sport+ and Manual. Each mode is quicker than the previous one, though I found it more convenient and enjoyable to drive in Sport+. If I had that abovementioned track, M would have been perfect. But on Mumbai roads?    On these roads, the SL makes you feel like a rock star. I was the absolute centre of attention, so I mentally cursed myself for not shaving in the morning. Attention also means of the wrong kind, like from cops seeking to make a kill – not once, but twice. But everything was above board, so I was genuinely sorry for not being able to make a contribution to the Mumbai Traffic Police Chai-Pani & Sundry Expenses Fund. Though frankly I thought they would whip out a decibel meter and seize the vehicle for the terrific roar it makes. The sound that emerges from the tail-pipes is worth every rupee that you spend on it and when you blip the throttle...

The spiritual successor and the original may be worlds apart, but after driving both, what’s common between the two is the way they turn heads. The SL 63 AMG’s party trick for passers-by, other than that throbbing exhaust note, is that cleverly engineered roof that never fails to drop jaws. What would they do if they saw a Gullwing? And as far as looks as concerned, there is no question that the older SL is pure, while the facelifted new one is just so-so.

Still, on that wonderful April morning, we just managed to wipe off 50 years. A legend in the making met a legend. Two Mercs did not come together, but two very special Mercs that worshipped the God of Speed. History was made, maybe sometime in the future what happened that day may turn into legend.