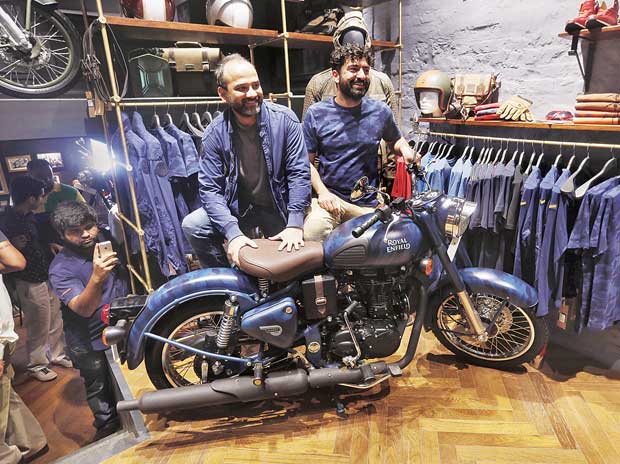 Eicher Motors reported a better-than-expected performance for the June quarter. Net profit growth at the consolidated level stood at Rs 376 crore, 58.6 per cent higher than a year ago. The consensus estimates had pegged the number at Rs 354 crore.

For Royal Enfield, the strong performance was led by a 38 per cent increase in volumes, while realisations on the back of price rises was up 2.7 per cent. Though exports form a small portion of volumes, given the higher growth and margins, it would have contributed to realisation gains, according to analysts.

VECV volumes were up 34 per cent, led by the five to 14-tonne segment. While the company gained market share in the medium and heavy commercial vehicles (M&HCV) segment from 13.2 per cent to 15.1 per cent, analysts say the competitive scenario continues to be tough. Discounts in the sector, especially in the higher tonnage vehicles, continue to be high, impacting realisations. Further, a large part of truck orders continues to be for replacement, with segments such as construction seeing an uptick.

At the operating level, margins for both Royal Enfield and VECV were higher than expected. While Royal Enfield’s margins stood at 28.2 per cent, up 424 basis points (bps) y-o-y, VECV margins came in at 9.1 per cent, an increase of 90 bps. While higher realisations helped, margins at Royal Enfield were aided by lower raw material costs, which as a percentage of sales were 53 per cent down at 384 bps y-o-y. Gains at both the units helped overall consolidated margins 30.2 per cent, its highest ever. This was 400 bps more than the year ago number. At the net level, the numbers were boosted by a 80 per cent increase in other income, while higher taxes offset some of these gains. The tax rate, however, continues to be steady at 30.7 per cent.

The stock ended 3.6 per cent up on Thursday and the price could stay elevated. At the current price of Rs 21,075, the stock trades at 28 times its FY18 estimates.