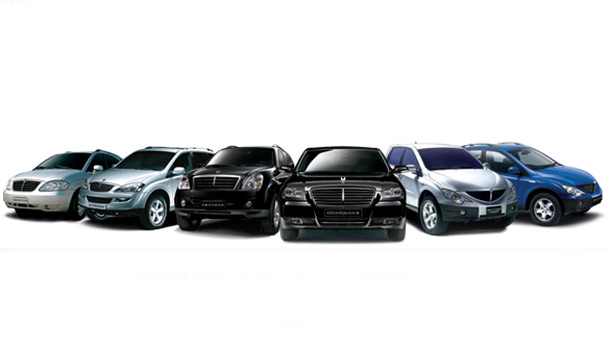 Shares in Ssangyong Motor jumped by their daily limit on Friday amid expectations that French carmaker Renault SA's local unit may battle India's Mahindra to buy the troubled firm, worth up to $500 million.


South Korea's Ssangyong, 10 percent owned by China's SAIC Motor Corp, has been in court-led restructuring since early 2009, hammered by one of the industry's worst downturns.

A Seoul court kicked off the sale process for the cash-strapped SUV maker this month, and is set to receive letters of intent from potential bidders by later in the day.

India's top utility vehicle and tractor maker, Mahindra & Mahindra, is also interested in Ssangyong and may submit a letter of intent by the Friday deadline of 5 p.m., sources close to the matter told Reuters.

Renault Samsung had no immediate response to the report.

Samjong KPMG and Macquarie, which are handling the sale, declined to comment.

Shares in Ssangyong, with a market value of 455 billion won ($372.1 million), shot up 14.7 percent to a three-week high of 12,850 won before trimming gains to 5 percent by 0210 GMT in heavy trade. Trading volume topped 2 million shares, more than triple the daily average.

South Korean media has put the deal at $300 million-$500 million, but analysts said Mahindra was more likely to bid in the range of $100 million to $300 million to recapitalise Ssangyong, which was forced to undergo a capital writedown last year.

Mahindra has been looking for acquisitions to expand its portfolio and get access to new markets since it lost out to larger rival Tata Motors to buy Jaguar Land Rover in 2008.