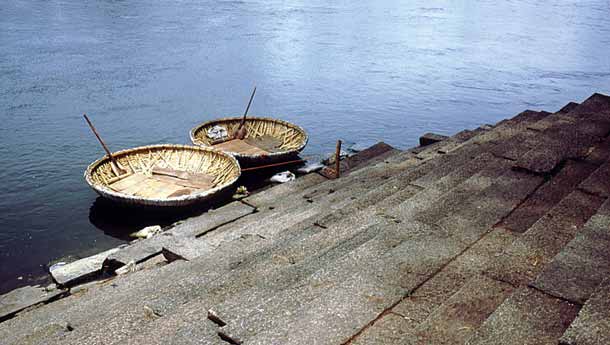 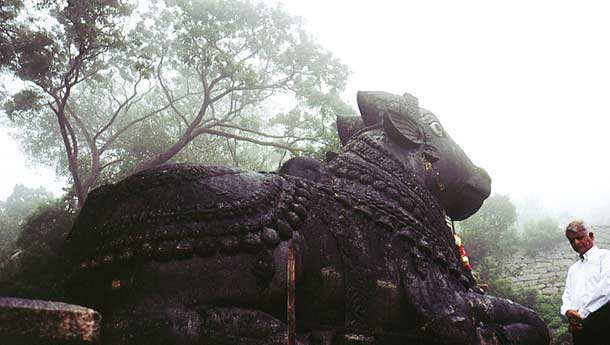 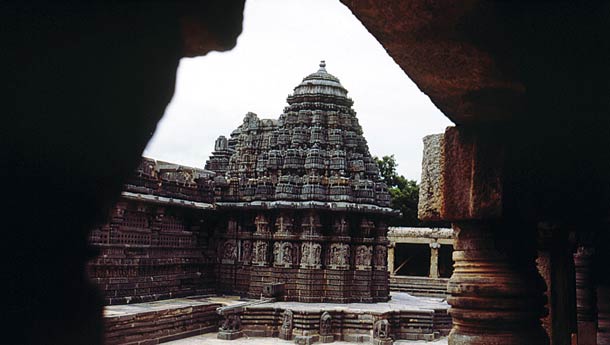 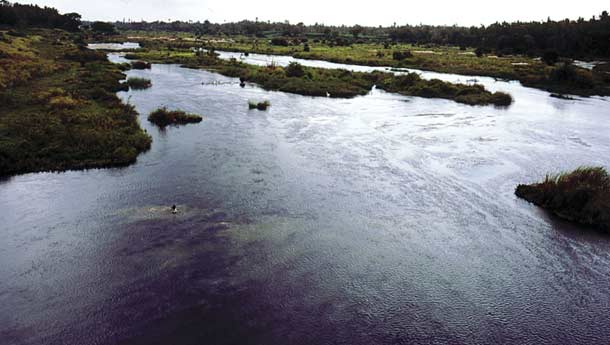 I may as well be honest with you, folks. I was never a potential Nobel Prize winner at school. Indeed, if prizes had been given out, the one inscribed with the words ‘Somewhat thick, but we like him anyway’ would have occupied pride of place on my mantelpiece. I drove my chemistry tutor to within touching distance of a straitjacket, a succession of math tutors would get nervous tics at the very sight of me and my prowess at physics can be judged by the fact that I once connected an extension-board plug to itself.


I enjoyed marginally higher strike rates in subjects like English and geography, but not high enough to get those teachers whooping and hollering. Among all the gloom and despair, however, one subject stood out like a beacon – history. I nonchalantly aced every test, exam and project that was thrown at me, to the extent that my tutor proudly held me up as an example  of a model history student. She needn’t have bothered with the praise, really, because I would have happily sat through class after class of history lessons, rapt in attention. No matter how badly the textbooks were written (and they were quite spectacularly awful), history was endlessly fascinating. Art, culture, architecture, wars, battles, taxation systems, myths, legends – I devoured it all with relish. To me, history was something I could reach out and touch, and one of the reasons it was so energising was that it was replete with characters. Imagine history without names like Alexander the Great,  Chandragupta Maurya, Shah Jahan, Napoleon, Hitler and Che Guevera. Or, in this case,Tipu Sultan.

As I stood in front of a life-sized portrait of Tipu in Dariya Daulat Bagh, his summer palace in Srirangapatna, I thought that however interesting a character he was, he certainly looked nothing like he did in the textbooks. The image I had in my mind was the classic Tipu profile –  a slightly round face, slender eyes and a gravity-defying moustache. His portrait, however, showed him to be of medium build, with a rugged, intelligent face and piercing eyes, and wherever I went in the room he seemed to be looking directly at me (he was, as I discovered – it was one of those nifty portrait techniques where the subject always looks at you, no matter what the viewing angle). Regardless of how he looked, I was convinced that he was the classic case of a man far ahead of his time.   Tipu’s problem, from what I gathered after reading about him, was that he bubbled over with ideas in an age when feudalism and conservative thinking stood in the way of all progress. His experiments with economic policies, his plans for industrial development, his intention to start a University, his interest in rocketry – all of these mark him out as a truly unique individual, but one who happened to be in the right place at the wrong time. Perhaps fate was against him; perhaps his rule didn’t last long enough; perhaps many of his ideas were simply too radical; what is certain is that he was a far-thinking, highly creative man.

Maybe he couldn’t quite fulfill all his dreams, but he knew a thing or two about building. His summer palace was very pleasant, constructed on a five-foot platform on a small island in traditional Indo-Islamic style. Surrounded by beautifully maintained ornamental gardens (the entrance to which was flanked by two pigeon houses which used to house Tipu’s carrier pigeons), it is now a museum crammed full of artifacts, coins, shields, weapons and even Tipu’s blue-and-gold coat. All this was interesting, of course, but what I found especially fascinating were a series of ink sketches of Tipu and his family, done by employees of the East India Company. Another striking feature of the palace was that virtually every inch of its walls and ceiling were covered with murals, mainly of battle scenes. Strangely, in virtually every such scene, there was some noble or the other sitting on a horse or elephant and smelling a rose. I can understand being calm in the heat of battle, but expressing a profound interest in floriculture while those around you were being unpleasantly despatched seemed a bit much. Anyway, I suppose they liked to do things their own way in those days. On that botanical note, I went off to do some more exploring.

Srirangapatna may only have been a small town, but it was steeped in history, as I discovered. Strictly speaking, it is an island, the first of three formed by the Kaveri as it flows south-east from Krishnarajasagar. It was of great strategic importance in medieval times right up to the 18th century, when Haider Ali and later Tipu gained possession of it. The one structure that dominates Srirangapatna is the fort, built by the Vijayanagar regime in 1454. Sadly there isn’t much left of it, since the Brits did an excellent job of demolishing the structure, but some ramparts still remain, from where you get good views out over the river. Nevertheless, it is still very much a living structure, since most of Srirangapatna’s population lives within its confines.   Two of the town’s most important monuments are inside here too – the Sri Ranganathaswamy temple (from which the town gets its name) and the Masjid-E-Ala.I decided to go to and have a look at the temple, which was quite nice as temples went. For me, though, more than being a place of worship, it stood as testament to the fact that Tipu wasn’t really a fanatic or a religious bigot, as he is often made out to be. If he dealt severely with some people, it was purely for political reasons. For example, when the Christians of Mangalore and the Nayars of Kerala tried to brown-nose the British, Tipu took them outside and gave them a right walloping. Indeed, when Muslims like the Moppilas of Kerala and the Nawab of Cuddapah tried to cozy up to the Brits, he gave them a hefty piece of his mind as well. If he had been a bigot, he could have torn down the temple any time he wanted, but in fact he visited it every day before breakfast and was believed to have sought the blessings of the priests before going off to war. Additionally, he conferred grants on many temples and Brahmins and many of his most trusted ministers were Hindu. It’s true that history is often what you make of it, that it is based on accounts that may or may not have been true, but I wanted to believe that Tipu was...well, a good guy.

Although there wasn’t too much else to see in the fort, I wandered around anyway. It had a laid-back atmosphere to it that was rather relaxing, completely unlike most tourist spots. I went over to the Masjid, an elegant structure which Tipu built in 1787, and clambered up the 250-step staircase leading up to the towering minarets. The view was predictably superb, with virtually the whole island spreading out before me. From up there, I caught a glimpse of the Gumbaz, a mausoleum that Tipu built in 1782 for his father Haider Ali, and where he himself was later buried. On closer inspection, it was an imposing structure in the middle of a garden, with a shapely dome, ivory-inlaid doors and finely carved stone windows. The tombs inside were elegant, with Haider Ali in the middle and his wife and Tipu on either side. It seemed very appropriate, a resting place like this for a man who, from all accounts, was simple and dignified.

Just down the road from the Gumbaz was the Sangam, a peaceful spot where three branches of the Kaveri met. I bought a tender coconut, went and sat under a huge banyan tree and thought about Tipu’s short but highly eventful life. He died in 1799 during the fourth (and, as it turned out, final) Mysore War, betrayed by his own men. His death was a turning point in the history of British-India; it was only after he was gone that the British were able to  take control of  the south, which says a lot about just how much of a terror he was to them. I realised then that although many of the world’s great personalities had failed in their ultimate goal, they still shone bright in the firmament because of the way  they had lived their lives, and for their strength of character. Sher-e-Mysore Tipu Sultan was one such man.   TRAVEL LOG

Many people come to visit Mysore and make a day trip to Srirangapatna, which is only 15 km away. I suggest you do the opposite. Even if you don’t have the slightest interest in Tipu Sultan, it is a great place to spend a couple of days. The fort has most of the ‘sights’, like the Ranganathaswamy temple and the Masjid. Most people don’t bother with the dungeons, where Tipu incarcerated his British POWs. The dungeons have a massive cannon lying in their midst, which reportedly crashed through the roof one night, something which couldn’t have done much good to the prisoners’ sense of inner tranquil. There’s also an obelisk in a far corner of the fort’s ramparts, from where the views are great. Wellesley bridge is a fine old structure and a good place to sit in the evening, taking in the breeze. Further afield, there’s the Ranganathittu Bird Sanctuary, a truly lovely place where you can take a boat ride and see birds like the Open Bill Stork, White Ibis,Little Egret, Darter, Pond Heron and Cormorant. Oh, and there’s crocodiles in the water too. The whole place is full of massive bamboo groves, which creak and groan in the wind, to the extent that a man passing by was moved to say ‘Bumboo aieee, kara-kara-kara, gudu-gudu-gudu’. I think that means ‘Blimey, that’s some noisy bamboo’ in Kannada.

The government usually snags the best spots in most parts of the country and Srirangapatna is no different. The KSTDC Hotel Mayura River View (Ph: 08236-252114, Rs 600 onwards), just off the highway and smack-bang next to the river, is the best place to stay here. They have cottages that are somewhat run-down, but the location makes up for any shortcomings. In case you don’t find a room here, there are a couple of other small hotels, or you could always go to Mysore, where there are any number of places to stay.