Spied: New base variant for Force One 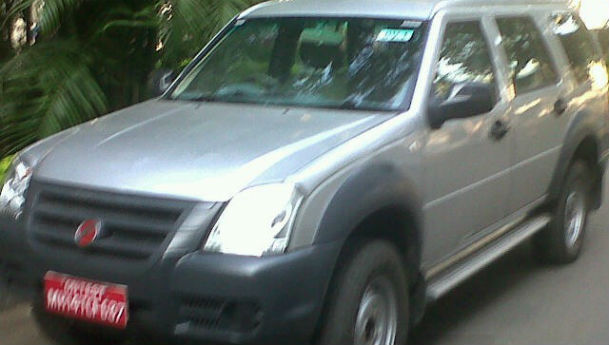 Some of our eyes in the sky have photo proof that Force motors is planning on putting out a cheaper base variant of their Force One SUV.

This new low-end version, aimed more at fleet sales rather than as a personal vehicle, makes use of black plastic on some of the exterior trim pieces to keep  costs down. The LED day time running lights have now been binned and we can bet there's a few components missing from the interior as well.

Most importantly though, the 2.2-litre Mercedes-sourced engine may be replaced by a BS3 engine already in use in the Trax range of trucks. This alone means that with the racket it makes alone, it won't be used as a personal vehicle. In its current state of tune, the engine makes about 60 bhp of peak power, but we expect that it will be uprated when it's plonked into the ForceOne.

While there's no confirmed information, this variant could be priced between Rs 8-9 Lakh, which would make it great vlue for money.