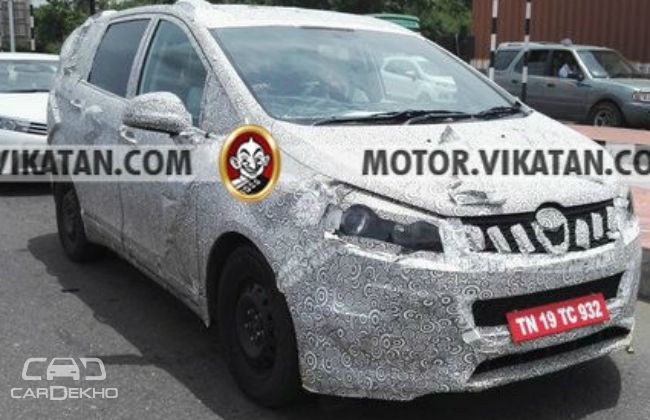 Mahindra, although focused on the SUV market, is now expanding its product portfolio. After the KUV100 hatchback, the SUV maker is now testing its latest MPV on the Indian roads. This 7/8-seater will rival the immensely popular Toyota Crysta, which has now enter the top ten list of the highest selling of India, beating the likes of Maruti Vitara Brezza and Hyundai Creta. This Mahindra MPV has a Scorpio like front grille and looks like a typical MPV from the side.

The MPV has a steep slanting front bonnet and large horizontal air dams in the bumper. Speaking of the bumper, it is a fairly large unit and from what we can figure out under the camouflage, it has strong horizontal lines which will give it a muscular look. Both the head and taillight units are new. The large rear door felicitates a lower loading lid and humps on the roof suggest that it will most likely come with roof rails. 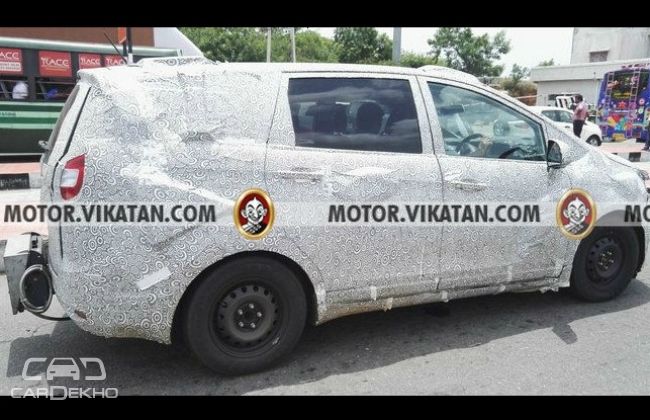 There are no shots of the interior as of now, but Mahindra will most likely borrow some bits from the XUV500. Mum's the word on the engine specification too by Mahindra but expect a 1.99-litre mHawk engine, which is used by the Scorpio and XUV500 in Delhi. As Mahindra is keen on introducing petrol models as well, this would be a perfect opportunity for the carmaker to introduce the 1.5-litre petrol as well. Recently, the XUV500 1.99-litre was launched with an automatic transmission, which is a possibility in this car as well.

All this would depend on how Mahindra plans to price this product. From what's rumoured, this MPV will rival the Renault Lodgy as well as the Innova, which means it will end up being priced somewhere above the BR-V. Where the Lodgy faces some competition from Ertiga and Mobilio, the Innova sails in unrivalled waters and hence has become the largest selling MPV of the country. 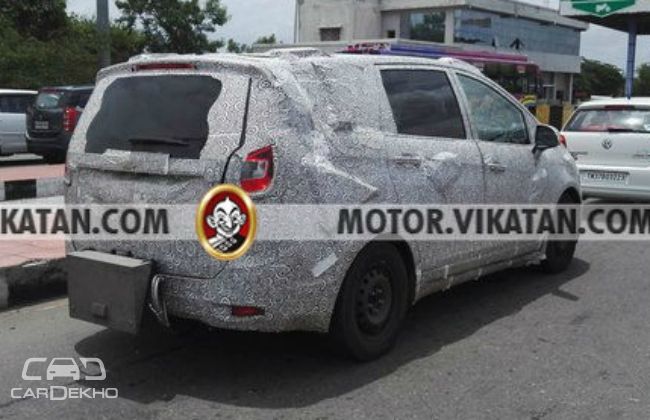 Mahindra has some important tricks up it sleeves which include this MPV and the Aero concept which was showcased at the 2016 Auto Expo. Hopefully, we will see this car on roads this year and the Aero in 2017/18.