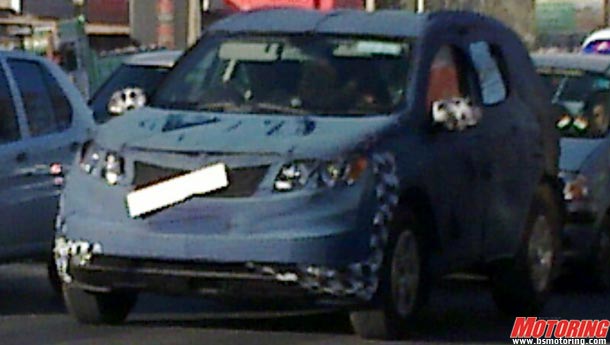 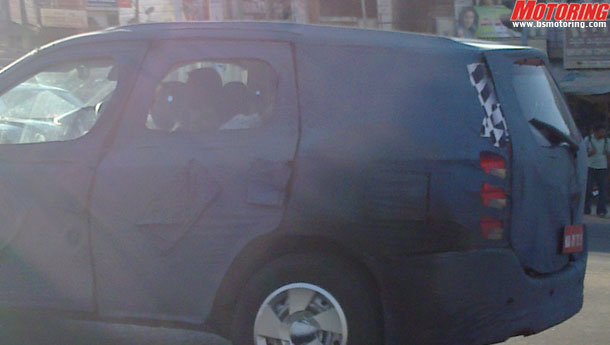 Motoring reader Nikhil Gowda spotted Mahindra & Mahindra testing their new world SUV in Bangalore, and he dashed these photographs to us straight away!


Mahindra's new world SUV is around the same size as the Chevrolet Captiva and will rival SUVs and soft-roaders in that segment. We hear the vehicle will come powered by the mHawk engine from the Scorpio, but will put out more power. Power is expected to be to the tune of 140 to 160 bhp. The engine will be mated to a six-speed manual gearbox and also a new auto 'box. The car will also have other features like adaptive cruise control, ABS, airbags, etc.

It is Mahindra's first monocoque construction, and it is expected to be priced in the range of Rs 15-18 lakh.

This Mahindra is likely to hit the roads by the festive season this year, so expect to see it any time after September 2011.