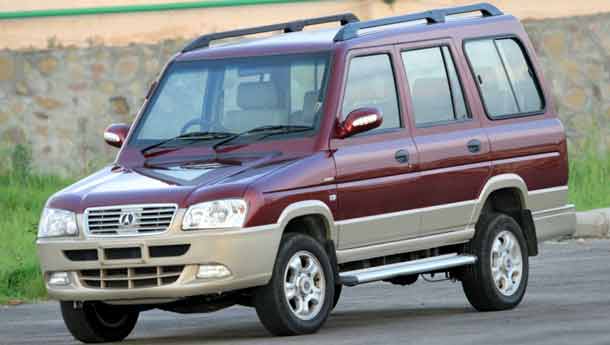 Don’t laugh yet, but I have discovered there are quite a few things in common between Sonalika and... hold your breath, Lamborghini! You see, both began their businesses as tractor manufacturers who ventured into car making. Both sought help from professionals to design and develop their own cars. And both have something to do with horns (Lamborghini = bull, Sonalika = rhino). But unlike Signor Ferrucio, who stormed out of Enzo Ferrari’s office and set up Lamborghini cars out of spite, none of the Mittals who head Sonalika started International Cars and Motors Limited screaming out of a rival’s office.

Instead they got down to business and discovered that there was a market for an affordable utility vehicle in the country – a Toyota Qualis kind of a UV wearing a Tata Sumo price tag.The Sonalika Rhino, as it was branded, was officially launched at the Auto Expo last year. It was tucked away in a corner in the CV section, away from the glamorous car pavilions. Despite that, thousands of showgoers stopped to gawk at this machine which looked like a resurrected Qualis at Big Bazaar prices. Which also meant it had a discount of an engine and as for the interiors... well, the less said the better.

In the last one year, the Rhino has been on sale in select markets in the north. In the meanwhile, ICML have launched the Rhino Rx - an improved version that addresses the niggles and sets it as a serious contender. To test their claims, I headed to their factory in Amb, Himachal Pradesh, to try out the latest iteration. Sonalika have set up a 24,000 unit a year, state-of-the-art plant to manufacture the Rhino, and from first impressions, the facility is right up there among the best in the country. Really.

But a great assembly plant alone doesn’t help. Sonalika have spent most of their time addressing the needs of the moffusil populace of the country, but that didn’t stop them from hiring Lotus Engineering to spruce up the MUV. Yes, the same guys owned by Proton who also once owned Lamborghini and are acknowledged to be the best in the world for engineering vehicle dynamics. Lotus engineers spent six months sprucing up the vehicle dynamics, fine tuning every little bit along the way.I got behind the wheel of one of the cars that had just rolled out of the assembly line, ready for a pre-delivery inspection with an 800-metre test track at my disposal. Twist the ignition key and then cover your ears. On start-up the Rhino Rx is loud, but it would be. The HM-Avtec engine that featured in the initial lot has now been retired for a direct-injection turbocharged diesel, co-developed with MG Rover. MG Rover? Yes, the British firm may have gone bust now, but that was a temporary hiccup in ICML’s ambitions as the same MG Rover engineers had set up their own consultancies to ensure that there would be a new engine in the Rx.

Around the track, the car picked up well. The 1994cc engine with its 100 horses at 4200 revs willingly responds to brushes with the accelerator pedal. With 22 kgm of torque at 2400 rpm and four occupants inside, it pulled well, with just a little hesitation from the tight engine that had only eight km on the clock. Leaving the test track behind, I got on to the highway. And there’s where the Rhino Rx came into its element. The long-leggedness of the engine and its mid-range made it a joy around the hills. The gears could do without the last bit of notchiness, and the clutch could do with a little more travel, but remember, it was a brand new powertrain, so it needed some time to settle in.

Lotus truly have made the MUV set very high standards. On the high speed brake tests on the track, the MUV braked with little or no lock, no fuss and in a straight line. I am willing to wager that it’s even better than the other homegrown SUV, the Mahindra Scorpio. Equally impressive is the ride quality, and it’s only the rather hard seats that make it a bit uncomfortable. Handling is acceptable too, without the dive and pitch of a Qualis, and only a marginal tendency to roll and a numb steering wheel that pushes it down.
If dynamics get an A on the score card, interior build quality gets a C. The dashboard feels poorly finished and trim gaps still need attending to. Luckily for Sonalika, they will start making their own dashboards from September. And that should bring in an increased level of quality, something quite crucial especially when they launch the same engine equipped with common rail in a couple of months and a world SUV in three years time.

For a tractor manufacturer, getting into automobiles, the Rhino Rx is a very commendable effort. All ICML need to do is just get rid of the last few gremlins quickly and the world is their stage. Remember, it took Lamborghini more than 35 years to do. It’s nothing to be laughed at.