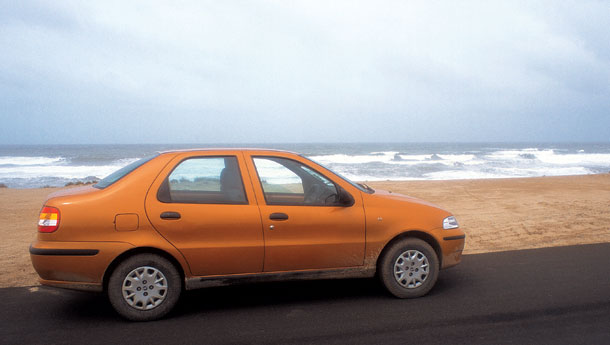 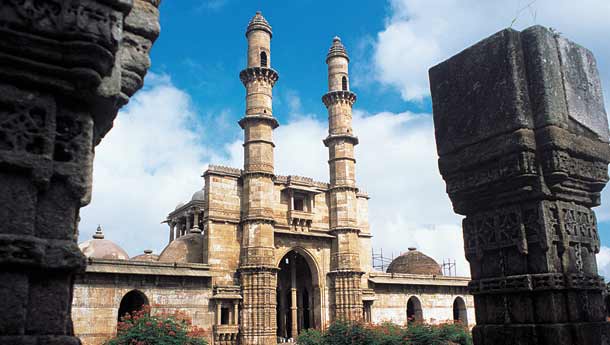 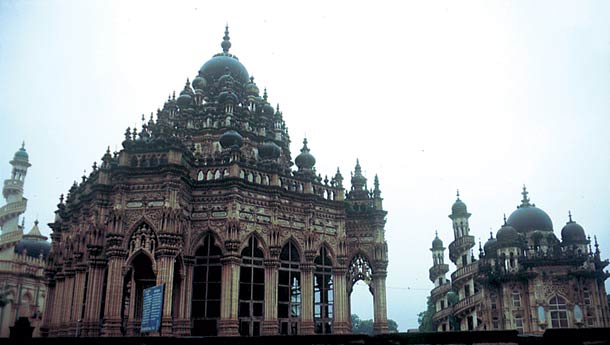 As I walked towards the imposing Somnath temple in the town of the same name, I felt a firm hand clapped on my shoulder. I turned around to discover that the offender was a massive policeman, the sort who looked like he would belt me a couple of good ones with his lathi if I so much as breathed in his direction. ‘What’s that?’ he snorted, pointing at my 300mm telephoto lens. ‘It’s a lens, for taking pictures from far away,’ I ventured, a trifle querulously. Even to me, it looked like a bazooka. He snatched my camera and inspected it closely, after which he aimed it at me and shot two frames. This struck me as being mildly stupid, because if I had indeed hidden a couple of Patriot missiles in the lens hood, he would have reduced himself, me and a number of other people to their constituent parts. Be that as it may, he handed my camera back and said ‘Okay, go. Security here is very tight. Terrorist threats are received occasionally.’ Considering the temple’s colourful history, I wasn’t surprised.

The Somnath temple was originally said to have been built by Soma, the moon god, out of gold. Ravana then came along and rebuilt it in silver, closely followed by Krishna who did likewise in wood and Bhima who rounded things off with stone. It was a fabulously wealthy temple, bursting at the seams with gold, silver and other riches.

In 1024, Mahmud of Ghazni got wind of this fact and paid Somnath a little visit. He sacked the town, destroyed the temple and sauntered off with its carved silver gates and 6.5 tonnes of gold. Ghazni, as a matter of fact, invaded India 17 times and each time he walloped the daylights out of the armies that tried to stop him. Either he was an ace warrior or we Indians couldn’t fight worth a damn, but you’ve got to admire the man’s chutzpah. Anyway, the temple was razed and rebuilt four times in all, the present structure dating to 1950. Sardar Vallabbhai Patel oversaw its reconstruction, and there’s a statue of him outside (naturally), looking somewhat grim. It’s almost as if he’s saying ‘If anyone touches that temple ONE more time...’ Although it’s definitely a must-see, it’s much more interesting on the outside. For my money, go to the lovely
Gita Mandir 1km outside town, sit under a tree by the river flowing beside it and watch the world go by. Or have a look at the Suraj Mandir, which stands in the middle of a sleepy village, and which old Ghazni had a swing at as well.   Having seen all Somnath has to offer, I drove north to Junagadh. In 1947, the Nawab of Junagadh decided he’d be better off with Pakistan, but his mainly Hindu subjects told him to take a running jump and forced him into exile. It’s an agreeable town and is much like most small towns in Gujarat – noisy and chaotic – but with a character all its own. Its architecture is very well preserved, and the fantastic Mahabat Maqbara, a mausoleum of an old Nawab, is a sight to behold with its ornate silver doors and towering minarets. Make the effort to climb one of the minarets you won’t regret it. The spiral staircase is beautifully carved and once atop the minaret, the whole of Junagadh spreads out in front of you.

Unfortunately, I seemed to have arrived in the middle of an unseasonal cyclone, because it rained non-stop, and I mean really poured, the whole time. I decided to brave the weather and explore Uperkot Fort, thought to have been first built by Chandragupta Maurya in 319 BC. Apparently, a 12-year siege was once laid on it, which was ultimately unsuccessful. I imagine the invaders threw up their hands, said ‘The hell with it’ and toddled off to besiege someone more receptive to the concept of defeat. An old, toothless guide came up and virtually begged to show me around, so I let him. In machine-gun Gujarati, he breathlessly lisped the fort’s history,occasionally coming up for air. I really didn’t notice because the fort was such a fascinating place, full of elaborate pillared halls, immensely deep wells and some truly marvellous Buddhist rock-cut caves. Walking through the caves was a deliciously eerie experience. I retired to bed, well satisfied, a little early that evening. You see, I had a big day ahead of me at the crack of dawn.

At the aforementioned precipice, I parked the Siena near step number 3000 of the 10,000 steps you have to climb to reach the top of Girnar Hill, one of Jainism’s holiest spots. If you’re young and fit, like me, you climb uphill for three hours and if you’re, erm, well-nutritioned you can pay per kilo and be carried up in a rope chair by wheezing porters. Notwithstanding Jainism’s proclivity for building religious structures on whacking great mountains (nearby Palitana has 863 temples built on another hill), the climb is fully worth it. The views, like the intricately carved temples, are breathtaking. Boy, could those Jains build. They believed that the more temples you built, the closer you got to salvation, so every square inch of real estate is occupied by temples of the greatest possible beauty. It’s another two hours back down the slippery steps, so tread carefully.

The relentless rain got very depressing after a while, so I decided to head east to Baroda and thence on to Champaner, an ancient fortress-city founded in the 8th century AD. Captured and held on to by the Rajputs till 1484 AD, it was eventually overrun by Sultan Mahmud Begda under whom it prospered into a great city with magnificent buildings, none more so than the exquisite Jama Masjid. The fort is still inhabited by people and is a great place to wander around for a few hours. When I showed up, the Archaeological Survey of India was was doing restoration work on many of the monuments, and a fine job they were doing too.

The hill (Aaeeii! Not another one!) of Pavagadh lies alongside Champaner, and on it stands a ruined fort, built in three levels. In fact it’s so ruined that it figures in the World Monuments Watch list of the hundred most endangered monuments worldwide. Neglect and tourist traffic have led to its current state, but it’s still a superb structure, with massive old walls. In 1553, the Mughals, with Humayun personally leading his men, scaled these walls using iron spikes and captured the fort. That is a massively impressive effort, folks. The hill itself is said to be a chunk of the mountain that Hanuman carted off to Lanka. The Jains can’t look at an elevation and not build on it, so there’s some interesting Jain temples too, apart from a Kali temple. Needless to say, you have to walk all the way up, another two hour exertion. There used to be an ISO 14001 and 9002 certified cable car, but those numbers obviously mean diddly-squat because the cable snapped in January and six people plunged to their deaths. Walk up is my two bits’ worth.   That evening, as I lay in my hotel room and munched on soggy chips, I asked myself what I thought of Gujarat. Had the long drive been worth it? Were the people friendly and welcoming? Is there much to see here? All said and done, the answer to these questions was ‘Yes’. On the road, you’re bound to experience both the good and the not-so-good, and Gujarat had stacked up many more credits than debits. A poster on the wall exclaimed ‘Vibrant Gujarat’ in bold type. I wouldn’t venture that far (the last time it was ‘vibrant’ was probably during the earthquake, if you’ll excuse the bad joke) but it’s definitely tremulous enough to make the effort to see. I, for one, will be back.

Travel Log
The Somnath Temple is another of Hinduism’s most revered spots, although the town is fairly uninteresting.The temple contains one of the 12 sacred Shiva Jyotirlings. Somnath is also where a hunter accidentally shot Krishna in the foot with an arrow, the clumsy oaf. Krishna forgave him, so it turned out all right in the end. The exact spot where this happened is called Bhalka Tirth, and the tree there is meant to be the one under which Krishna was sitting at the time of the mishap. The Gita Mandir, 4 km away, is said to be where Krishna walked to after being wounded, no doubt muttering Vedic curses, before leaving the planet.In Junagadh, apart from the Mahabat Maqbara and the Uperkot Fort, have a look at the Durbar Hall museum, which has a charming collection of chandeliers, settees, thrones, photos and the like from the days of the Nawabs.

En route to Girnar Hill, there is a massive boulder on which Ashoka inscribed 14 edicts (in 250 BC) and to which were added later inscriptions by Emperor Rudradama (in 150 AD) and by Skandagupta (in 450 AD). If you’re the sort who likes seeing wild animals cooped up in cages, there’s a zoo in Junagadh. Actually, it’s surprisingly well-maintained and was in fact set up by the Nawab in 1863 to save the Asiatic lion from extinction. Apparently he saw the light after merrily hunting them by the dozen himself!