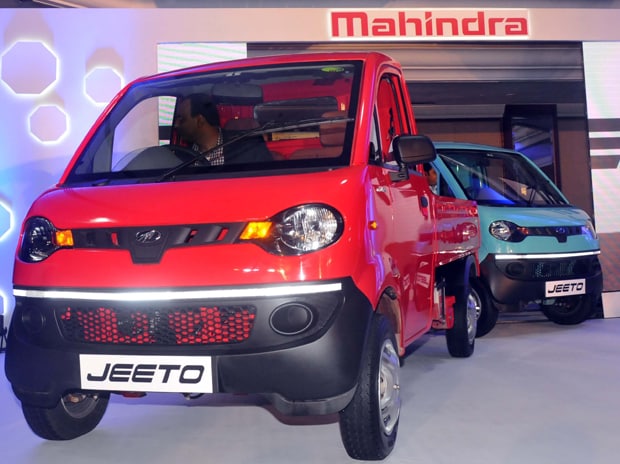 Mahindra and Mahindra SmartShift, an aggregator for cargo owners and transporters, which is eyeing one million stakeholders by 2020, is slowly spreading its wings across Indian cities. Currently operating in only three major cities, SmartShift entered the Ahmedabad market on Wednesday, and plans to enter at least five to six new cities within this fiscal.

Within eighteen months of its launch, the intra-city digital load exchange platform for cargo owners and transporters, has around 15,000 stakeholders and clocks around 1,500 transactions in a day. Kausalya Nandakumar, CEO, SmartShift said tat the team is now geared towards of creating a community of one million stakeholders over the next three years. SmartShift plans to touch at least 25 per cent of the target one million stakeholders by the end of this fiscal. It plans to focus on verticals like pharmaceuticals, e-commerce, hardware, fresh produce and fmcg among others.

At present SmartShift is present in Hyderabad, Mumbai and Bangalore.

Chennai, Kolkata and National Capital Region (NCR) are some of the top cities that SmartShift is eyeing at the moment. It has sent teams to recce the markets and develop a suitable plan for entry into new markets.

The tech-platform which includes an android application besides a website and a call center back-up basically works like the Ola and Uber of taxis. Someone with cargo can easily book a pick-up truck, a mini-truck or a three-wheeler load carrier through the application for last mile logistics. Cargo owners and transporters work with each other.

Nandakumar says that the maximum potential earning for a pick-up truck owner is around Rs 70,000 a month if he is logged in for 14 hours a day and takes as many trips as possible. For a mini-truck owner, this figure is around Rs 45,000-48,000 a month.

As for Ahmedabad, SmartShift team says that it has a vehicle-population of 49,200 cargo three wheelers, mini trucks and pick-ups. Nandakumar says that the Ahmedabad experience is likely to drive their strategy for mini-metros.

As such 30-35 per cent of the $130 billion logistics industry in India lies in the intra-city space.