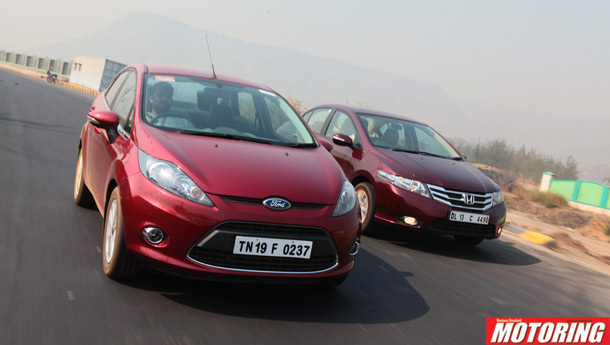 High fuel prices, interest costs and weak consumer appetite owing to slowing economic growth have led to disappointing auto volumes in May, which is also reflecting in the 29 per cent fall in sales of Maruti’s mini segment, comprising Maruti 800, Alto, A-Star and WagonR. Thus, Maruti recorded a six per cent year-on-year (y-o-y) drop in passenger vehicles in May, which saw its stock fall nearly three per cent on Friday against 1.56 per cent decline in the Sensex. Had it not been for the 10-11 per cent discount, numbers for its petrol-driven mini portfolio would have been worse, say analysts.

Going ahead, volume growth will continue to come from the diesel versions of compact and super compact segments (Swift and Dzire) which enjoy higher margins (and no discounts) helping Maruti to sustain profitability. Given that June will be the first month after the recent fuel price rise, expect petrol vehicle sales across car makers, including Maruti, where 70 per cent is petrol-driven, to be hit. In contrast and thanks to the lower price of diesel, utility vehicles, be it Maruti’s Ertiga, which was launched in April 2012, or Mahindra and Mahindra’s (M&M) portfolio, recorded strong sales.

M&M sold 24 per cent more of its sports utility vehicles than a year ago, led by its core portfolio of Scorpio, Bolero, Xylo and the new XUV500. However, its farm equipment business continues to stagnate due to weak crop prices and high interest rates. The only solace is the 0.37 per cent y-o-y growth in tractor volume, the first in five months (monthly volumes fell 8-20 per cent during January and April 2012).

On the commercial vehicle sales front, Tata Motors’ woes continue. Its medium and heavy commercial vehicles saw a 20 per cent y-o-y fall in May, following a 29 per cent drop in April. Price increases, mining ban, excise duty rise, lower truck rentals and competition have been responsible for the decline in sales over the last few months. While demand from smaller enterprises has led to continued strong growth in light commercial vehicles (volumes up 25 per cent), passenger vehicle sales improved six per cent, led by 31 per cent rise in Nano’s sales. However, since M&HCVs account for a bigger chunk of Tata Motors’ revenues and profits, there is little reason to rejoice.

The only exception, apart from M&M, is two-wheeler leader Hero MotoCorp, which continues to ride on its distribution reach, brand power and strong rural sales (volumes up 11 per cent). The company has maintained its stranglehold on the executive and, to an extent, the economy segments, benefiting from customer demand for high mileage vehicles. Lower motorcycle, three-wheeler sales and exports saw TVS Motors register a five per cent decline in overall volumes albeit on a higher base and increased competition from the likes of Honda, which has replaced it as the number three player. In this backdrop, the BSE Auto index, which has underperformed the Sensex recently, could remain under pressure in the near term.